Your Obsession With Travel Sure Feels Classist To Me 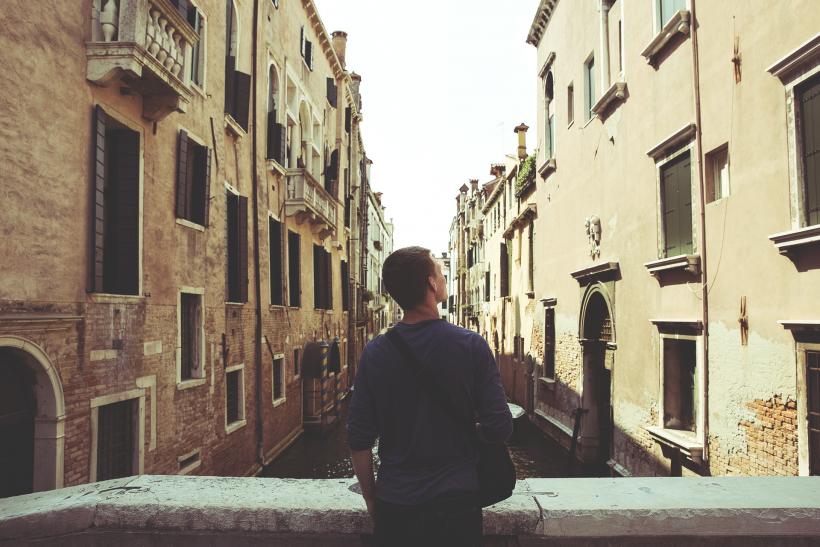 When you hold travel up on some kind of pedestal, you sound classist as hell. Image: Joshua Earle/Unsplash.

No one dares to mention that travel is essentially a consumable good under capitalism and, as such, simply isn’t available to many of us.

Someone on Facebook shared a photo from a recent trip to Asia and announced, “I don’t even know how life would be worth living without travel!” And then I found myself clicking over to an article telling us all to urge our children to travel as much as possible, for the perspective and experiences travel can afford!

I sit back, sip my coffee, and think about every time I’ve been asked, “Oh, have you been [place]?”

I picture all of those “places I’ve visited” maps that go around on the Internet every so often. Sometimes, I fill them out myself, notice how sad they look, and ultimately decide with embarrassment not to share them on social media.

Why should I be embarrassed that I haven’t been more places?

When I was in elementary school, I learned to dread those “what I did for my summer vacation” sharing sessions. Fidgeting in my desk before it was my turn, I’d try to think of creative ways to dodge the question or change the subject — but I couldn’t, and the anxiety just washed over me.

Rachel went to Disneyland! Sarah visited her grandmother in Florida! Mikey went to the Grand Canyon and Mexico. Katie’s parents took her on a cruise.

When it was my turn to speak, I would meekly mumble that my family had once again gone on our annual “up north” camping trip. (I’m from Michigan; “going up north” is a bit of a tradition around these parts.)

“That’s not like a real vacation!” one kid would say.

This would be quickly followed up by another kid sharing, “Oh yeah, I went up north too — I just didn’t think to mention it!”

My face would turn red.

Without any class analysis, I couldn’t really comprehend why some kids went on exciting vacations to fun-sounding places, and some kids (read: me) went on the same camping trip year after year.

But of course, the answer now stares me right in the face: money.

The fact is that, no matter how much we like to pretend that it doesn’t, travel costs actual money.

It’s a leisure activity enjoyed largely by the upper classes, and it’s always been that way.

Yet, recently, it seems like the whole of culture is trying to sell travel as something else.

Travel, they tell me, is about “enriching yourself.” It’s about ”loving diversity.” It’s about wanting to “get outside of your own narrow worldview” and really “see how others live.”

Some people even tell me that it’s necessary for living a full and happy life: You have to get out there and have an adventure! You have to see the wonders of the world before you die — otherwise, what are you doing?

No one dares to mention that travel is essentially a consumable good under capitalism and, as such, simply isn’t available to many of us.

In talking this topic over with my spouse, I quickly realized that I still carry that same childhood shame. I am 30 years old, I have never left the continental United States, and I’ve only been as far as the West Coast, when I was 19. (I took the Greyhound bus and stayed with a friend’s family in Seattle and I still wiped out practically my entire savings in doing it).

Aside from money, being able to travel safely and easily is still often dependent on privilege.

When the topic of travel comes up amongst friends or acquaintances, I either try to change the subject, or I try to convince everyone (myself included) that I don’t travel more because I’m just a homebody, OK?

I’m just more focused on trying to make this place the sanctuary of my dreams, rather than going other places.

Friends, if I have ever tried to sell you on that idea, hear me now: That is a lie.

I don’t travel much because I’m poor.

I’m more only “more focused on my home” in the sense that, well, my money has to be focused toward paying my rent so I don’t get evicted. My money also ends up getting focused toward buying groceries because I like eating food, and also, as a mammal, need it to survive.

Being able to travel great distances, just for the sheer joy of it, is actually an enormous privilege, one that has been out of most people’s reach, historically.

Air travel has made it somewhat more accessible, but the modern travel obsession still requires advanced technology, leisure time, and — critically — the expendable income to pay for it.

And while technology has certainly made it easier to get from place to place, in some ways things, haven’t changed much.

While the middle and upper classes may celebrate the many advantages of a life filled with travel (“It’s educational! It makes you a more well rounded person!”), on the other end of the spectrum, there are still plenty of low-income people who rarely have the chance to leave their neighborhood, let alone their city.

And what does that look like for the global poor? I don’t have the stats on this, but I have a hard time imagining people who live on $2 a day taking vacations.

Aside from money, being able to travel safely and easily is still often dependent on privilege. For people with disabilities, any form of travel can pose myriad potential problems. For folks who aren’t white or are visibly LGBTQIA, travel can mean opening oneself up to harassment and even the very real risk of violence.

I’m not saying travel can't be lovely and educational; it certainly can be. I’m also not claiming there aren’t less expensive ways to get from place to place; there undoubtedly are.

What I am saying, though, is that travel is complicated and it is often dependent on a certain amount of privilege.

I don’t get out much — and it’s not because I’m boring or don’t have a sense of adventure or don’t care about learning about the larger world: It’s because I’m broke.

And when you hold travel up on some kind of pedestal, you sound classist as hell, and I wish you would stop that.