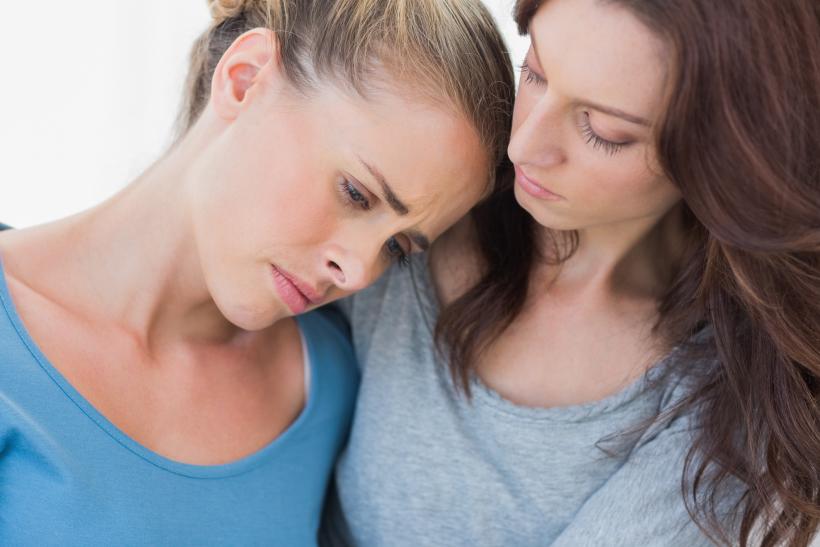 Some people understood me immediately. They too had been suicidal, and they could empathize easily. Image: Thinkstock

True love doesn’t make us feel guilty for dealing in the only way we know how.

When I was 16, I had to say goodbye to my beloved street-roaming, thing-humping pet.

My Maltese poodle, who was appropriately named Skanky, was one of the sweetest companions I had ever had.

Another dog bit his neck and crushed his throat. The vet told us that we needed to make a decision: to operate or to have him put down. As I stroked his head through the cage in the animal shelter, my mother and the vet tried to advocate for his euthanization. Operating, they said, would be really painful for him. His survival chances were low, and he was really old.

I eventually — and begrudgingly — agreed with them. Skanky was put down later that day.

As I cried in bed that night, I decided that choosing to let him go was a good thing. Making him live through his pain, even when it wasn’t necessarily what he wanted, wouldn’t be fair. I wanted him to live because I wasn’t ready to come home after school to a yard without him.

That was the first time I had ever encountered death, and it taught me a great lesson about love: True love is letting someone leave when they’re in pain, even if it hurts when they leave.

I was reminded of that lesson five years later when I, a PTSD-riddled 21-year-old, attempted suicide. This time around, I was the one who wanted to leave.

Suicidality is a strange thing. Sometimes you think you’ve shaken it off, but it’s actually still there, quietly brewing under the surface until something triggers it.

I’ve had a handful of suicide attempts. I’ve taken handfuls of pills and wrapped handfuls of rope around my neck. I’ve cut, contemplated running into cars, and thought of drowning myself.

But my most public suicide attempt happened in March 2016. After seeing my rapist on a night out, I calmly elected to kill myself. I broke up with my partner, had a beer with friends, and walked home as I decided how to put my plan into action.

I was placed under 72-hour observation in a local hospital and later moved to a psychiatric hospital for a few days. The details are fuzzy, but I have a crystal-clear recollection of social anxiety throughout my time in hospital.

I was anxious because I had no idea how my friends and family would react to my suicide attempt. As someone who’s done a fair amount of writing and activism on mental health, I knew the stigma attached to suicide is unbearably large. Suicide is not uncommon — it’s the 10th leading cause of death in the US for all ages, and there is one death by suicide in the US every 12.3 minutes, according to the Center for Disease Control.

Despite this, we struggle to talk about it — and we struggle more with having productive, kind discussions about it. We’re told so many myths about suicidal people — that we’re cowardly, manipulative, and weak — that it’s unsurprising that so many people have harmful and ableist attitudes towards us. Even the most well-intended of loved ones struggle to support suicide survivors.

High on Ativan and free from all inhibitions, I told people very frankly about my suicidal episode.

Sadly, I found that a lot of my anxieties were founded in truth.

I began to question whether my own attempt was real, or whether I was actually being manipulative. Of course, some people do threaten suicide as a means of manipulating others — was I one of those people?

I received a lot of support. Some people understood me immediately. They too had been suicidal, and they could empathize easily. They had wells of compassion that seemed to never run dry for me. Others didn’t understand, but they tried to. As emotionally and intellectually confounding as suicide can be, they still put so much effort in to try to understand how they could support me.

There were some people who only showed concern when they thought they might lose me. My hurt wasn’t their hurt; my death would be their hurt.

Then there were those who dismissed my suicidality as manipulation, those who were unconvinced that I wanted to die. I envied their lack of understanding. I couldn’t imagine how easy their lives were if they couldn’t grasp how death could be preferable to life.

It was perhaps because of the last group of people that I felt incredibly guilty about my suicide attempt.

Although it was never my intention, I felt like a traitor. I began to question whether my own attempt was real, or whether I was actually being manipulative. Of course, some people do threaten suicide as a means of manipulating others — was I one of those people?

When speaking to a therapist in the hospital, I brought up my anxiety. I told her how awfully guilty I felt. “I feel like I was trying to escape. I was running away from everyone who loved me.” The words came from the back of my throat. “How are they supposed to forgive me?” I asked.

“They can’t forgive you because there’s nothing to forgive,” she answered. I pursed my lips thoughtfully. “You can love a house that’s on fire and still leave it,” she said.

A few days after I left the hospital, I took a walk with a friend of mine. After about 20 minutes, my suicide attempt inevitably entered the conversation. She asked how the hospital was, and I answered with a monosyllabic and inconsistently curt word: “Fine.”

I interlaced my fingers with my friend’s. “I’m sorry I tried to leave you,” I said, after minutes of silence passed by.

“But you weren’t leaving me,” she said. “You were leaving the pain. I would never be mad at you for that.”

True love, I found, was neither manipulating someone into living nor saying that they would be better off dead.

True love is concerned with solutions, with centering the hurt, and with giving hope to someone who had forgotten what hope felt like.

And true love doesn’t make us feel guilty for dealing in the only way we know how.

Whether you’re a Maltese poodle or a 21-year-old human, love doesn’t — and shouldn’t — disappear when we react to our own pain.