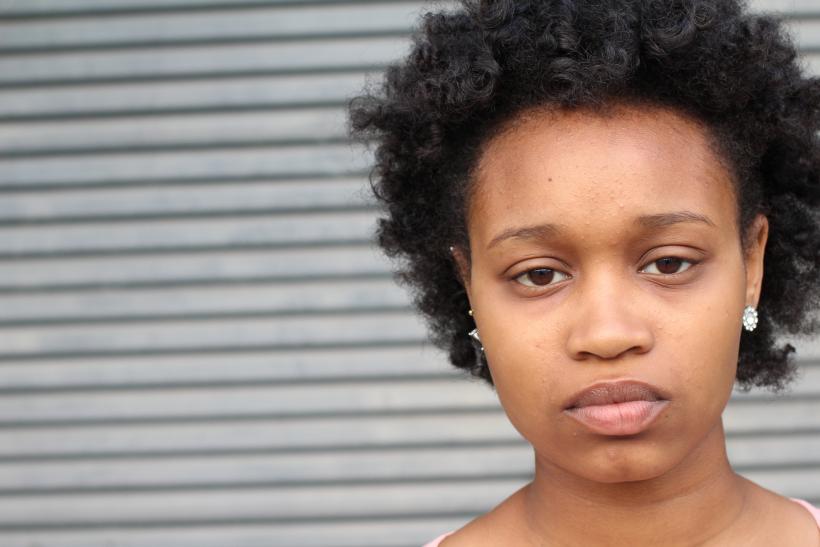 "Being unable to work for a day because of depression can threaten my financial stability, as I have no nest egg to fall back on." Image: Thinkstock

Taking care of your mental health is expensive. What happens when you don’t have the means to seek the help you need?

I grew up in a working-class home and I have PTSD, depression, and anxiety — and I still don’t know the answer to this.

What I do know is that being unable to work for a day because of depression can threaten my financial stability, as I have no nest egg to fall back on.

I know that the time I’ve had to take off from university because of mental illness means that my student loans are piling up.

I know that therapy, in my community, was seen as a luxury and not a necessity.

I know that, without medical insurance, I’ll never be able to afford adequate healthcare or all the medication I need.

I spoke to a few working-class people who have mental illnesses or disabilities to explore what it’s like to be both working-class and mentally ill. Two major trends emerged: lack of access to adequate healthcare and ableist attitudes within working-class communities.

For me, the most difficult part of being poor and mentally ill is struggling to access adequate healthcare. Therapists, psychologists, and medication — not to mention transportation to access help — is incredibly expensive, especially to those without health insurance.

Steven*, a student-on-leave diagnosed with bipolar type 1, has had to suspend his studies twice because of mental illness. “I was diagnosed in October 2015. At the time, my family and I were not happy with my diagnosis. We wanted a second opinion, but it was far too expensive for us as a family,” he says.

He’s had to rely on mental healthcare provided by the state, as he can’t afford private healthcare. “It is effective but it involves long waiting hours at times. Public transport is also expensive which makes travelling to hospital challenging.”

Because of the long queues often associated with state healthcare, seeing a therapist can mean you need to take a day’s leave from work. For many working-class people, this is simply not an option.

Vicky Lekone, a freelance PR consultant, has had similar issues with transport. Because she doesn’t have a car, it was difficult for her to attend mental health support groups. She says that the biggest impact of her depression is how it’s made her struggle to achieve or work towards her dreams.

She says, “I've often had to put things (school and career-related) [aside] because [of] my depression. Subsequently, I often feel further behind my peers.”

For many working-class people, myself included, tertiary education — if we’re lucky enough to receive it — is one of the few ways we can hope to improve our financial situation. When mental illness affects your studies, as with myself, Vicky, and Steven, it can threaten your dreams of being financially stable.

Writer Denarii Monroe, who has C-PTSD and seasonal affective disorder, comes from a generationally poor Black family. She says her lack of class privilege has made it difficult for her to access mental healthcare. This is partially because, in her family, it was uncommon to see a therapist or a doctor for anything other than an immediate physical problem.

“If you weren't lying on death's door or suffering from a really irritating issue (like a bad rash), you didn't go to a doctor, period,” she says. While she was able to access healthcare in grad school, she struggled to afford therapists’ fees and transport afterwards.

Ableism within working-class communities can also prevent people from accessing mental health treatment. The stigma attached to therapy and medication for mental health can be hurtful and discouraging to those of us who need it.

Vicky spoke to me about the ableist attitudes she experienced in working-class communities. “I was told I'm mentally weak for seeking therapy and that I'm being a brat because 'feeling down' is something everyone goes through every now and again,” she says.

Similarly, Steven has chosen not to disclose his diagnosis to his neighbors as they often display ableist attitudes and use ableist slurs.

Denarii talks about how she struggled with the stigma against mental health issues within her Black working-class community. She explains:

In the U.S., we're the most religious racial demographic. And, generally speaking, going to anyone but Jesus for mental health issues (or admitting you have [them]) is a huge no-no for fundamental religious people in general, regardless of race.

The "working-class community" that I have been most immersed in and am the most familiar with has been specifically poor/working class people of color. I have definitely experienced both egregious and subtle ableism, most of it stemming from deeply held religious beliefs, like [the idea that] if I just pray God can heal me, I have to want to "be free," that kinda thing.

Denarii also observes, regarding the historical relationship between people of color and the healthcare system:

I think it's also important to note that people of color in the U.S. (and I have no doubt outside of the U.S. as well) have a long, traumatic history with Western medicine/science that leaves many distrustful.

This isn't the case for everyone, most certainly — some just genuinely use their religious beliefs to be (intentionally or not) oppressive, but some working-class people of color are understandably skeptical.

For us to make the world a safer place for working-class, mentally ill people, we need to have a holistic approach to striving towards liberation. Pro-poor activism needs to be anti-ableist; spaces where we advocate for mental health need to challenge classism.

Vicky reiterates that it’s important for mental health professionals to be educated on how mental illness affects those of us in poorer communities so that they can be sensitive to our specific needs.

Denarii believes that large-scale legal and social reforms are sorely needed. For example, universal healthcare would help a great number of us. She also emphasizes the importance of education in fighting ableism and classism. “Early education in schools about mental health issues... would help, as well as better education of educators (including on the college/university level), and increased education for law enforcement,” she says.

Taking care of your mental health while navigating classism is incredibly difficult, but hopefully community-based, compassionate activism can help us bring about the change we sorely need.