5 Reasons Millennials Are Better Than You Think 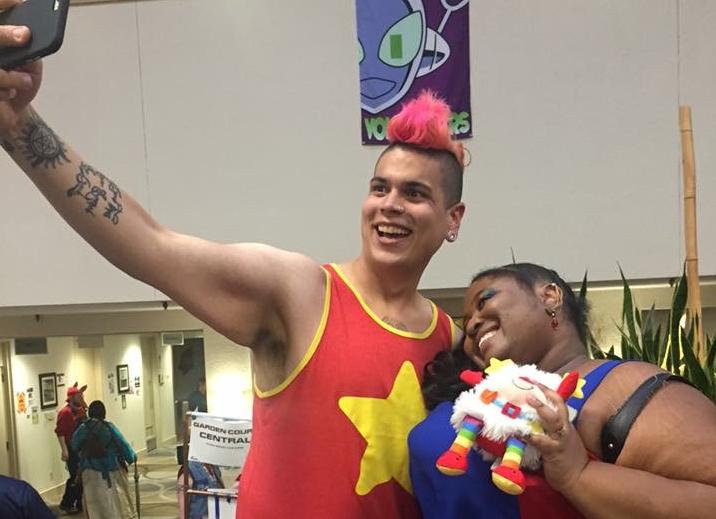 What are we doing on our phones? That’s social interaction.

Millennials are often referred to as “the worst generation.” In countless articles and books, I’ve heard us called self-absorbed, overly sensitive, and entitled.

However, the generation calling us that is also one that helped destroy our economy and labeled homosexuality as a mental illness until 1973, so take their judgment with a grain of salt.

While every generation has its triumphs (Barack Obama, gay marriage, legalized marijuana) and missteps (Ed Hardy Shirts, Lost, making Gerard Butler famous,) millennials are actually a lot better than we get credit for. Need proof? Here are 5 reasons why millennials are better than you think:

This is always among the first complaints you hear when it comes to people in their early twenties. Older people will see us on our phones at a bus stop or with our headphones in walking down the street and say something like:

“Ugh, damn kids are totally separating themselves from the world!”

Now, let’s completely ignore the fact that this isn’t actually something new. Human beings have avoided socializing on public transportation for as long as we’ve had transportation, except now it’s iPhones instead of newspapers.

What are we doing on our phones? That’s social interaction. It’s a different type—one that exists beyond the physical, through bite-sized chunks of information and photos—but it’s still social interaction. Talking to friends, sharing photos on Instagram, even dumb jokes on Twitter are a means through which we communicate with those around us.

It might not be the same, but that doesn’t make it bad.

2. We Treat Mental Illness With The Weight It Deserves.

When I was a kid growing up in the ‘90s, mental health wasn’t something people discussed. Among the adults in my life, any admittance of mental issues were basically admitting you were crazy. Therapy was seen as an extreme, and there was shame in people knowing you had to see a psychologist.

Yes, millennials might be the generation dealing with the highest amount of anxiety and mental illness, but we’re also the most willing to talk about it. I’ve been to therapists intermittently over the last 10 years, but never have I felt more at ease with the state of my own mental health than after discussing it with other people I know are experiencing it as well. It makes you feel like you aren’t crazy, which is one of the biggest obstacles to overcome when dealing living with mental illness.

3. We Care More About Experiences Than We Care About Owning Things.

Money is a big problem for millennials. Unless you're born into an already wealthy family or accidentally invent a new social media platform, most of us fall victim to an economy that was already in shambles by the time we entered adulthood.

However, there are some positive echoes that come from this. In order to avoid a lot of the hardships we’ve seen older generations go through, we’re buying less stuff. We tend to rent or use services to alleviate a lot of the problems that come with owning things—we use things like Uber to streamline the process.

The Harris Poll discovered that over 75% of millennials would rather use their money on an experience than on owning a product. Concerts, entertainment, nights out with friends—we’ve grown to value the memories and experiences that come with actually doing things, more than we value earthly possessions.

Not only is this good for our own well-being, but it helps our social lives to thrive. We’d rather spend a night drinking with our pals than have some pretty gadget in our homes, and if that doesn’t show our priorities, I don’t know what does.

4. We’re Actually The Most Educated Generation.

This is something that actually kind of pisses me off, personally. Millennials are regularly spoon fed the importance of a college education. “Go to college” is a term forced upon us by teachers trying to help us and by old people trying to tell us why we’re unemployed.

However, we are going to college. In fact, a study conducted by the Pew Research Center indicates that we’re actually the most educated generation in history. To be fair, this is mostly because of the near impenetrable job market (which is awful because of the previous generation’s refusal to retire due to them f*cking up the economy), but it doesn’t change the fact that we have the highest number of college degrees of any generation to date.

“God, kids nowadays are just so sensitive, aren’t they? Back in my day, we didn’t see everything as offensive.”

Holy sh*t, am I tired of hearing this. It feels like every day, someone has to tell us just how sensitive, easily offended, and politically correct young people are these days.

Hey guys, quick thing: it’s not politically correct to not be an asshole.

We’re not hypersensitive, we’re just socially conscious. The reason why people weren’t so “easily offended” back in your day is that the people who would be offended were too busy being oppressed by your racist, transphobic, homophobic ideals to actually voice their opinions.

The reason you’re upset about us voicing our opinions is that you’re not able to make jokes about people of color and the LGBTQ community without being called on your sh*t.

“You’re telling me that these various minority groups that have been held down and abused for hundreds of years and now finally have more of an ability to speak up due to the widespread presence of social media are upset because I want to make a racist joke about black people? God, they’re so sensitive!”

I mean, maybe it’s just me, but someone who cries out “political correctness is out of control” every time someone calls them out for being a bigot instead of just, like, changing their behavior, seems a lot more overly sensitive to me.

So yeah, millennials might be f*ckups, but so are literally all other people.

We may have our mistakes, but we’re also growing up in the midst of one of the biggest evolutionary periods, in terms of communication and technology, that has ever existed in human history. While we come into our own, our world is rapidly changing what it means to be a thriving human being communicating with the world around you, and it’s one hell of an adjustment.

While we have our faults, I truly believe that history will represent us as one of the most groundbreaking, culture shifting generations in human history.

If you like this article, please share it! Your clicks keep us alive!
Tags
millenials
social media
iphone
education