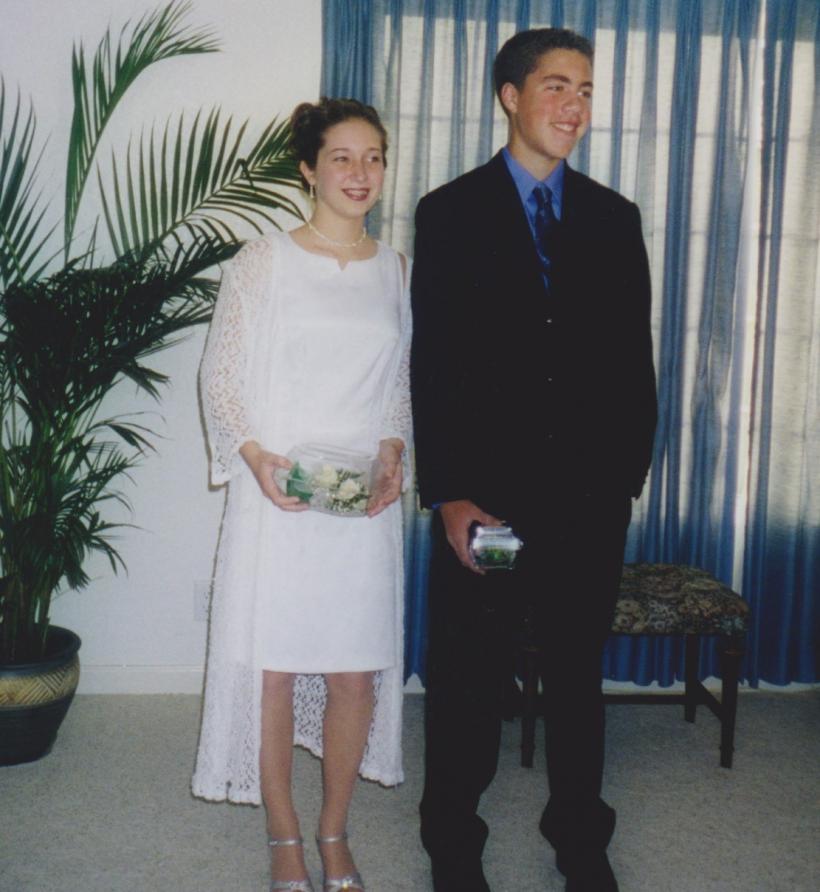 At Santa Rosa Christian School, dancing was a gateway drug. The gyrating, the slow romantic swaying... songs with the word “butt” in them. School dances were a source of endless ire for the teachers charged with our spiritual upbringing and education. They could have done away with school dances altogether, but we were Christians, not Amish. Our parents expected a “normal” teenage experience with the added values of righteousness, respect, and responsibility (our school motto).

So they regulated us as best they could, enforcing strict dress codes and an alarmingly high chaperone-to-student ratio. School dances were an absolute minefield of sexual policing - our moral code seemed to escape us the moment Brian McKnight began playing on the gymnasium’s blown out speaker system.

We knew the rules, knew the Lord was watching; but when the lights turned down low, it was hard to keep our internal compasses pointed toward Jesus. We had long been lectured on the sinful nature of “freak dancing,” and the proper distance required between our sets of genitals at all times. Rulers were used to measure body space and skirt length, ensuring that these borderline-secular events remained pure.

Great care was taken with high school dances to ensure no suggestive thoughts cropped up as we walked the fine line where the devil beckoned to us with his irresistible bass. Nothing amplifies sexual excitement, or shame, quite like purity culture — and our teachers damn well knew it. School dances were our rare deviation from strictly Christian culture, a part-secular breeding ground for sinful thoughts, of which I had many.

We were taught classic dances like waltz and, though it was a bit controversial, swing dancing. We were reminded to “leave room for Jesus” (6 inches, as it were), lest our awkward dance moves made us forget the omnipresence of our Heavenly Father. Because, let’s face it, we were sexually repressed powder kegs, ready to explode.

It was the one thing I wasn't supposed to want, but the heavy-handed focus on sexual denial had turned me in the complete opposite direction of my "true spiritual north."

Back then I felt lucky to be at the “cool” Christian school, the one which sanctioned sleeveless frocks and allowed us to dance at all. Rincon Valley Christian was not so lucky. Prom for them was a dinner with non-secular music, cap-sleeve dresses, and no boy-girl touching whatsoever (or at least, that was the rumor). The poor fools. Sure, there were teachers at SRCS making the rounds to ensure we were leaving 6 inches between our bodies for Jesus...

But damn I looked good in my shoulder-bearing dress from Mervyn's.

This, of course, was one of the thoughts I wasn’t supposed to have. Any thoughts about my body, my appearance, my devilish shoulders, were supposed to be shrouded in shame. Purity culture told me that it was my responsibility to make sure my body was not a distraction to others, specifically the wandering male gaze of my classmates. I was constantly reminded that my body was sexual and in need of covering. I was never supposed to relish in that sexuality or obsess over my potential desirability in a conscious way. Yet god forbid I should ever forget about it for one single second, or else I ran the risk of becoming an object of lust.

I learned that lesson the hard way, as many of my female classmates did, while recklessly playing basketball in comfortable fitting, navy track pants. A teacher pulled me by the arm into the middle of the blacktop, asking me, “What do you think boys are thinking when they see you in those skin-tight pants?”

She wasn’t looking for an honest answer, so I shrugged.

She came back with, “What? You want everyone looking at your butt, thinking ‘Oh, she must be easy.’ You can’t imagine the things those boys are thinking when you’re dressed like that.”

She was right. I couldn’t imagine. I was thirteen, gangly, and drew far more attention with my braces than my backside. But her comment stayed with me, an unwanted sexual awakening. Up until that point, I had been unaware that boys were looking at me or thinking about me in any way, let alone in that way.

Suddenly, I was hyper-aware of what boys might be thinking. Suddenly, I cared.

Purity culture made me simultaneously ashamed of and obsessed with my sexual desirability. I quickly became boy-crazy, constantly worried over what I was wearing and what kind of attention it was attracting. When it came time for my first school dance, I wasn’t concerned with having fun with my friends. I was preoccupied with finding the perfect dress, edging toward the precipice of what might be considered “sexy,” hoping boys might look at me in that forbidden way. It was the one thing I wasn’t supposed to want, but the heavy handed focus on sexual denial had turned me in the complete opposite direction of my “true spiritual north.”

Even so, I wasn’t too far off the purity culture script. I was still objectifying myself, still allowing myself to play second fiddle to the boys who were prized so highly above me. The only place I went wrong was wanting to be seen. I was supposed to be satisfied with meek invisibility, and I wasn’t.

I wanted romance and glittering sleeveless dresses. I wanted to be the person someone thought about before falling asleep at night. I dreamt of grinding on Robby Noblet to Six Pence None The Richer instead of being a wallflower - modesty be damned. I wanted to kiss him again like I had that one time at the Wednesday night market when no one was watching. I wanted to feel wanted.

My feelings of desire weren’t wild or abnormal, but they certainly felt that way when weighed against the values of purity culture. How was I supposed to keep everyone else’s thoughts pure when I couldn’t even keep my own under control? There were many times I would turn back to Jesus, trying to keep my thoughts away from boys and dirty dancing, but those bursts of chaste spirituality were short-lived. A bible study would turn towards Psalms or marriage, and my mind would wander towards what happens behind closed doors.

I often wonder if I would have been boy-crazy in high school regardless, or if it was purity culture that kept me obsessed with my sexuality. There were other girls who seemed un-phased by the culture of modesty, who seemed genuinely more interested in the Lord than teen romance.

I was never one of them. It was my cross to bear. So I hid my desire as best I could, said the right things, put away my too-tight track pants. Always waiting for the next chance to be swept up in lust beneath the dim, twinkling Christmas lights lining the gymnasium walls, swaying in the darkness where my mind could run wild.

If you like this article, please share it! Your clicks keep us alive!
Tags
Purity culture
Christian school
prom
dancing
Christian dancing 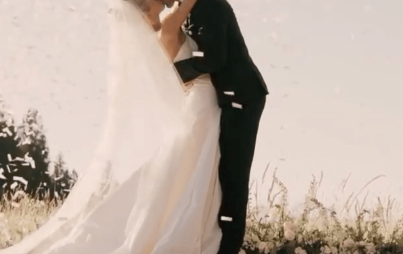 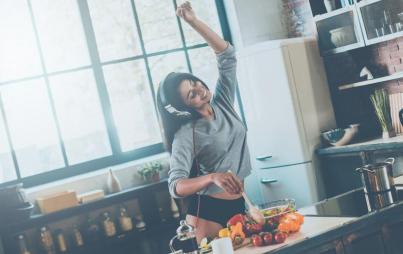 Looking For New Ways To Practice Self-Care? Dance It Out! 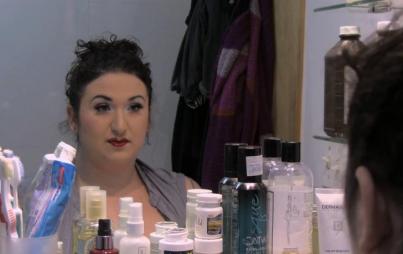