Black Allies, Here Is What You Need To Know About #BlackJoy 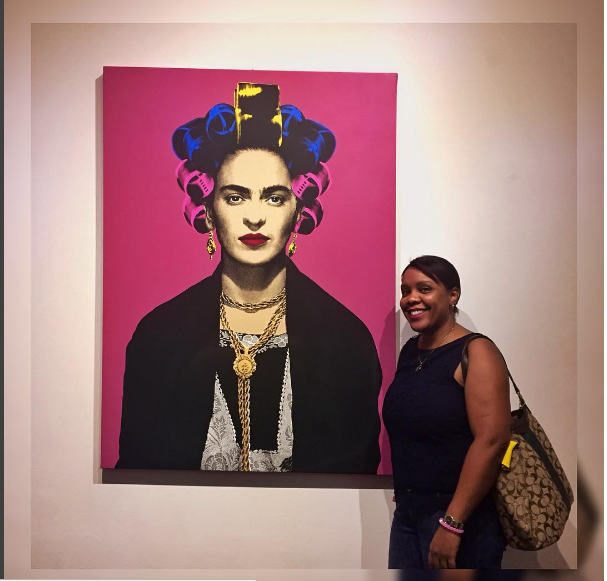 We were on a date. He’s a writer like me, except a bit more accomplished. His book is published, mine barely written. We talked sports and childhood. We laughed at each other’s jokes. He – a cis-gendered, liberal-minded, white New Yorker — thinks himself an ally. I – a cis-gendered black woman – am on this date with him. I’d like to assume he’s accurate in his self-assessment.

He leaned in closely and he whispered, “I’m just over white women from two-parent homes, you know?”

My eyes widened, and I sucked hard on my mojito to swallow my rage.  There were so many things wrong with his statement; I wasn’t sure where to start.

“I’m just over the unrealistic expectations,” he continued. “I mean, I bet black girls didn’t play with My Little Pony during the Reagan Administration. Their parents probably weren’t having that.”

When I didn't answer, he paused for effect and said, “They’d probably come in and smack those dolls right out of their kid's hands.”

I blinked like I’d been punched in the face. I’m a 32-year-old black woman, born in a two-parent household right in the middle of the Reagan era. I didn’t tell him this. Instead, I floated out of my chair and into silent remembrance of pink plastic ponies with glittery rainbows tattooed on their butts. I floated into the memory of my childhood home, sitting cross-legged on my floor, brushing their pastel manes. My Little Pony dolls made a dull thud when you smashed them together. I still remember that. I also remember their smell: plastic and cupcake batter.

Armed with those memories, I said what came to mind: “Maybe they played with 'em during Bush One."

Though there wasn’t a second date, his perspective left a mark. I don’t think his notion that the only thing black folks know is pain is unusual. It’s an undeniable fact that African Americans in this country face disproportionate violence and inequality. Police violence is heartbreaking. These stories dominate our psyches. They break our hearts. If I close my eyes, I still see the blood on Philando Castile’s white tee-shirt. I lose my own breath when I remember Eric Garner in a chokehold.

For every picture I see, there are millions I don’t see. That current of private black joy is a remedy for a world that seems hell-bent on black exhaustion.​

Our allies, who can recognize the inherent corruption that must exist to keep this cycle in play, want to help. They march beside us. They work toward change. Maybe they argue with the folks we no longer have energy to engage.

Many allies are well-informed and sensitive people who can argue about how trickle-down economics or the post-WWII GI benefits disemboweled the black community and contributed to systemic issues. But here’s the nuance I know: I grew up in a middle-class neighborhood (where I spent afternoons playing with My Little Pony dolls) with school district lines meant to segregate African Americans. The real estate agent my parents used refused to show them houses on the other side of the creek.

If you’re looking for proof of #blackjoy, New York City writer and BLM: New York organizer, Kleaver Cruz, started a social media campaign called The Black Joy Project. To mitigate his own sadness, Kleaver snapped a picture of his mother admiring a work of art and posted it on Facebook. The response was overwhelming, and he began an Instagram called @theblackjoyproject which uses the hashtag ‘blackjoy.’  There are over 8,000 Instagram posts using #blackjoy, and it has spilled into events around the country where black people can get together and enjoy each other in community. From brunches and day parties in Chicago to yoga classes in Brooklyn, there are actual events that celebrate the enduring happiness that persists in the face of adversity.

These events and hashtags are not performative. Good folks like Kleaver Cruz aren’t doing this work for the consumption of non-black audiences. I am not an organizer, but I am nourished by the actions of those braver and stronger than me. On days when life as a black woman feels harder than most, I dip into the well of self-care that exists around me and know that as long as there is joy, there is purpose.

With every Instagram picture of cute black kids in Colin Kaepernick football jerseys, I’m reminded that there are black children playing tag in their neighborhoods.

Somewhere black toddlers are being tickled; they fill their houses with laughter. There are young black teens in love, nervous about having sex (Googling the logistics of the endeavor).

There are students getting ready to head off to college, or on long bus rides through cornfields, heading home for the weekend.

For every picture I see, there are millions I don’t see. That current of private black joy is a remedy for a world that seems hell-bent on black exhaustion.

Sweet Allies, you’re right: being a marginalized person in this country wears you down, but being ‘woke’ doesn’t mean you never smile. It doesn’t mean you walk into rooms and take a doll from black children. Taking joy from children doesn’t teach them anything, and to think black people only know sadness is to devalue the assertion with which you’ve aligned yourself: the assertion that black lives do matter.

Joy is essential to black life. Black Joy is resistance; but it’s also divine inheritance. It’s in the fiber of our collective being…and that’s what I want non-black allies to know.

If you like this article, please share it! Your clicks keep us alive!
Tags
#blackjoy
racism
culture
dating
ally

Black Allies, Here Is What You Need To Know About #BlackJoy
Patia Braithwaite