Take The Cake: How Did Body Positive Dieting Become A Thing? 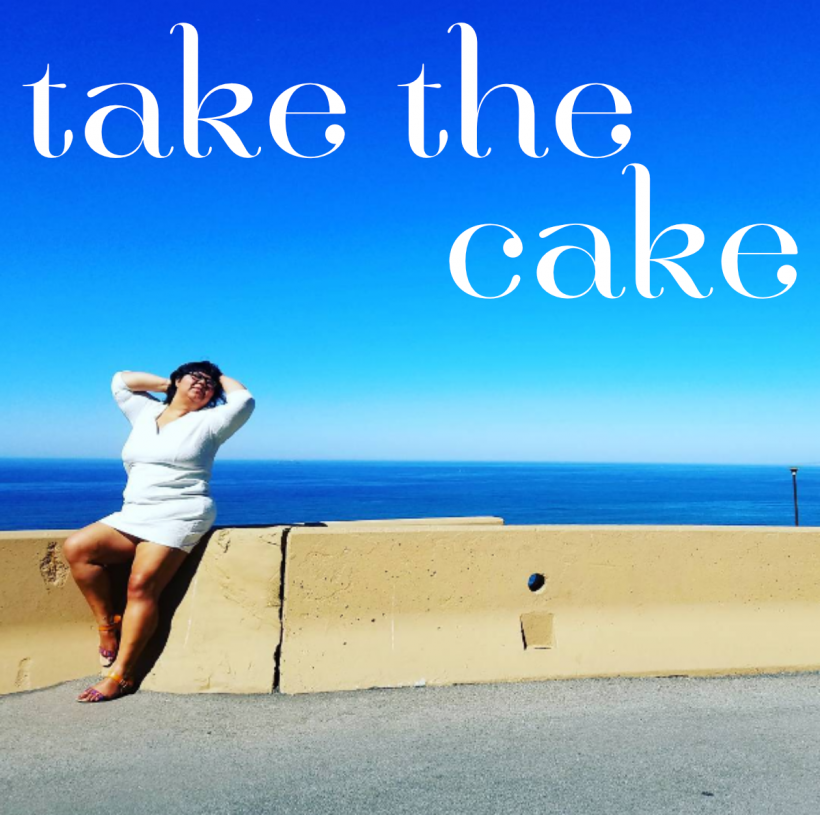 A couple of weeks ago I got an email that contained a question I never thought I’d be asked.

The email was from Bustle’s Marie Southard Ospina. She asked me if body positivity and dieting were compatible. She was writing a story about the backlash that blogger Corissa Enneking had received for making videos that took a stand on the matter - stating that “body positive dieting” is a contradiction in terms. Ospina's question was inspired by the aggressive rebuttals being made online.

It legitimately took me eight hours of thinking (haaaard) to be able to finally answer her. It wasn’t that I don’t have a lot to say on the matter of diets and body politics (obvz). I was actually flummoxed by the prospect of having to explain how dieting, the thing that was kind of ground zero in the body positivity movement’s origin story, was antithetical to that very movement. It felt like being asked to explain why needlessly cutting down trees is anti-environmentalist. It’s right there in the title.

And yet, dieting is being rebranded into a political sphere that was arguably the ideological off-shoot of the fat movement. How?

Here’s the thing: I don’t exactly know, but I have some theories.

Dieting didn't and doesn't happen in a vacuum. It has a history that connects to religion and gender, race and class. It has everything to do with control and repression.

Just the other day, I was asked another question during a panel: “Is the language of body positivity actively harmful?” The woman who asked works with plus-size people, and she said that she often uses that language with her clients. I told her that I didn’t think it was actively harmful. I feel like the idea of body positivity can be an excellent entrée for people who are totally new to thinking critically about the ways bodies are discussed and treated in our culture. Like, if you’ve never even considered what fatphobia is, and the word “fat” makes you want to die of shame a little (I was that person once!), the more generalized, less pointed language of body positivity might feel like a less intimidating introduction to body politics.

The trouble happens, I believe, when people land there and stay there.

Unlike the fat liberation movement, I see the language and aim of body positivity as vague and unclear. Body positivity seems to have distanced itself from direct politics and become a kind of secularized feminism. As with almost all movements that are vague and unclear, it is easier for those politics to gain more followers, each of them convinced that their version of the thing is the right version. With no clearly delineated language, those ideas go largely un-contested.

I worry that the reason so many people are quick to identify as body positive is because that title asks, well... nothing from a potential constituent.

I worry that body positivity gains traction through its silences – on issues like the gendered nature of dieting and eating disorders, or the ways that weight and body shape mitigate how you experience fatphobia, or the idea that if you can only accept your body under a certain weight that’s not actually acceptance.

When I came into the fat movement, I was immersed in a community of fat people who taught me a lot about what fatphobia means. In turn, I learned a lot about dieting. Dieting didn’t and doesn’t happen in a vacuum. It has a history that connects to religion and gender, race and class. It has everything to do with control and repression. Dieting is about forcible weight control, based primarily on the idea that fatness is unhealthy and unattractive, and that fat people bear the responsibility to change our bodies to conform to bigoted social standards.

When I finally wrote back to Ospina, I found myself answering her question with one of my own: Why can’t people imagine body positivity without dieting in it?

Many of the most vociferous advocates of body positive dieting argue that is it their right to diet. And I don’t disagree. I truly believe, however, that the right to diet will be overshadowed when we prioritize the right to live a life free of the oppressive cultural mechanisms and ideologies that dictate what we look like.

If you like this article, please share it! Your clicks keep us alive!
Tags
body positivity
dieting
weight loss
fatphobia
fat liberation