The Things I Didn't Know About My Rainbow Baby 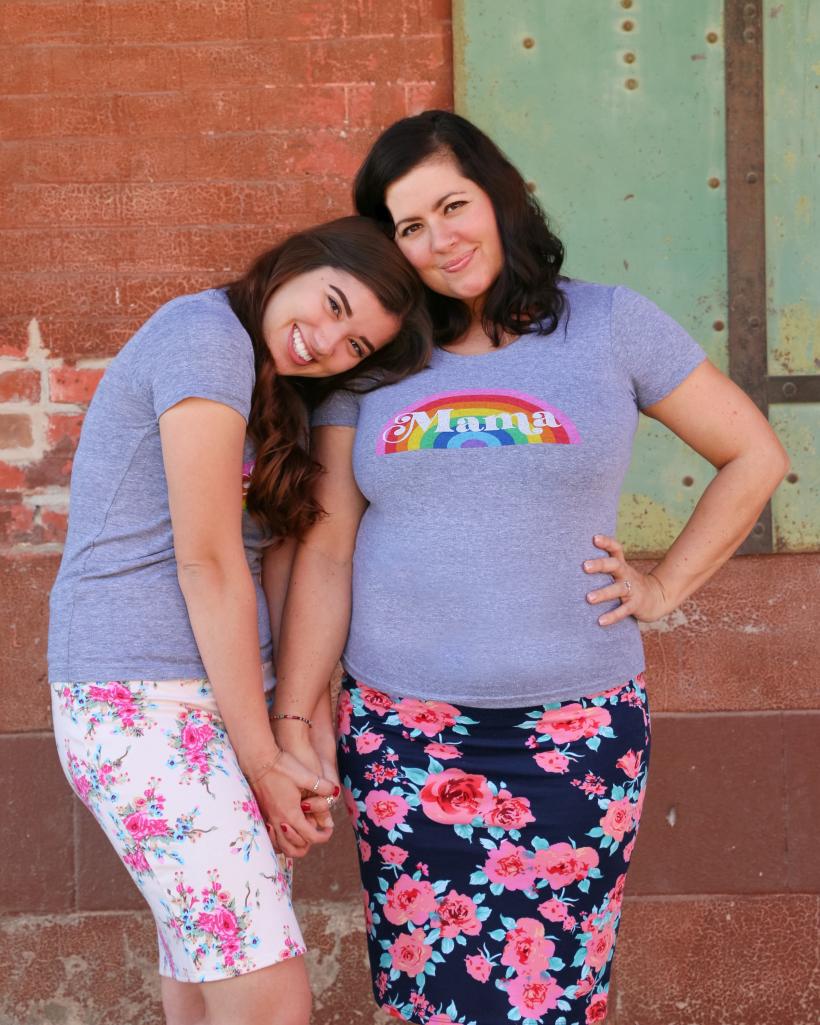 My first pregnancy — eagerly anticipated, anxiously awaited — ended, not in a birth, at least not in the kind of birth I intended. Instead of pacing the hospital floor counting the patterned breaths of Lamaze, belly round with life, I’d give birth, alone, paralyzed by general anesthesia, in a sterile operating room, where a man I’d met once, would vacuum my tiny baby from my body.

I would wake up, groggy and amnesic, having forgotten where I was, and then remember suddenly, not only where I was, but why. And then I would cry. Not demurely — silent tears falling onto the stiff cotton hospital pillowcase — but wailing — heaving with the sobs of a woman whose child had been stolen from her.

That pregnancy, my first pregnancy, did not end in the joyous celebration of a new life, but in the death of my child, my baby, a girl I named Jordan Taylor. A face I’d never see. A newborn baby I’d never hold.

That pregnancy would end, not in love, but in the heaving sobs of loss. I would watch my belly slowly shrink until I could zip my jeans again. I would wait for my breasts to fill with milk I’d never need. I would fold the maternity clothes, tape them inside a brown box, shove them in the back of the spare bedroom closet. I would sit in the spare bedroom — the room that was her nursery before there was no more her — packing crocheted afghans, wrapping the porcelain music box my father bought her, disassembling the crib we’d only just assembled.

A year and a half later, in 1995, I would give birth to my first living child — the child that the world considered my first child, that is really my second child.

We named her Kelsey. 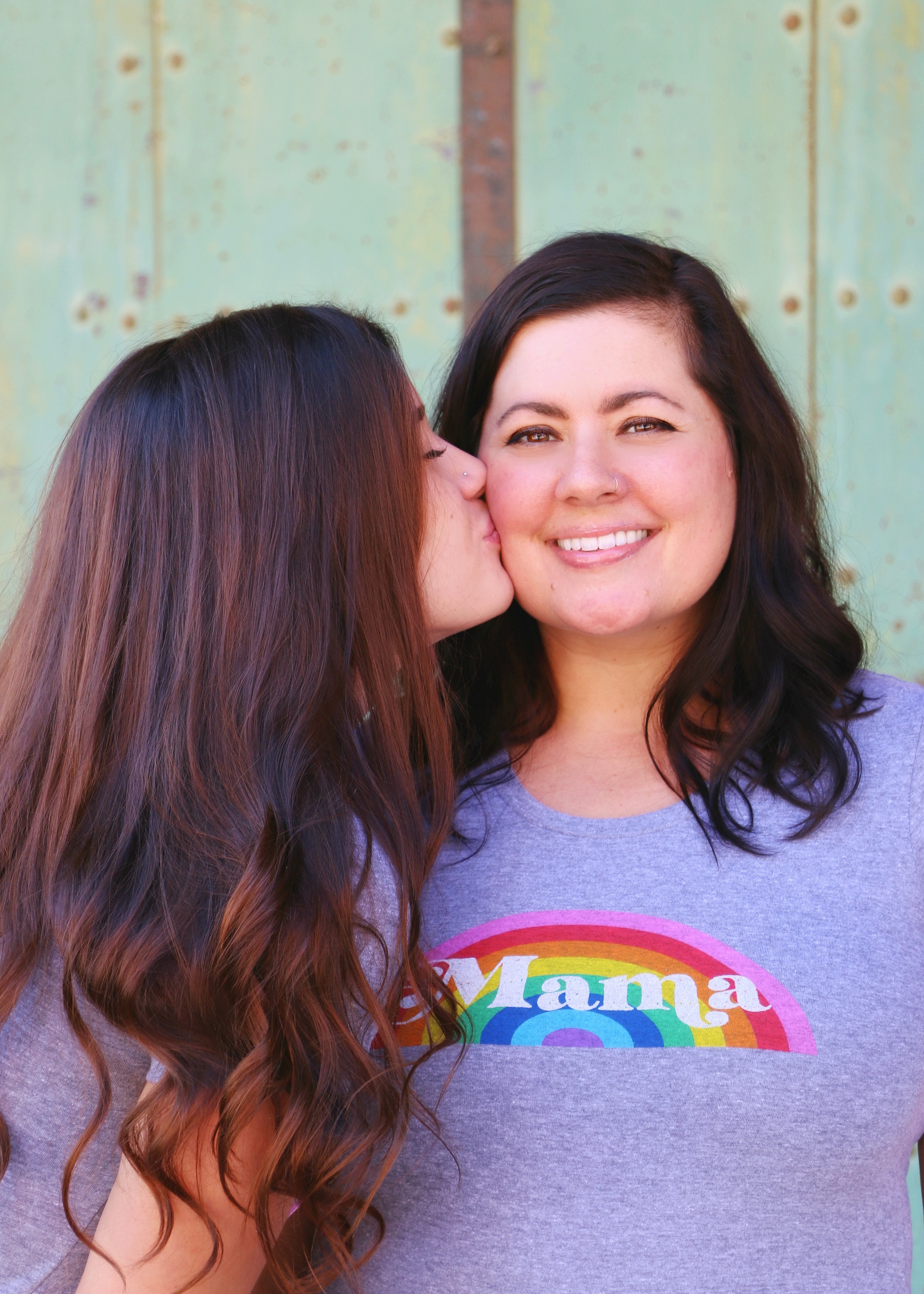 No one used the term “Rainbow Baby” in 1995; the designation didn’t exist. Even if it had, I had no “Rainbow Baby” to name because no one had heard the name of the baby before the Rainbow.

If you don’t talk about your dead baby, you cannot honor your Rainbow Baby.

I didn’t call Kelsey my Rainbow Baby until a few years ago. When I decided that the baby that came before her was worthy of being recognized as my first child, when I decided that the discomfort of others wasn’t more important than reminding them that Jordan, too, was real, then Kelsey became a Rainbow.

The thing you don’t know about having a Rainbow Baby, until you have a Rainbow Baby, is the baby that is made after a baby is lost feels like so much more than just a baby.

I didn’t call her a Rainbow Baby when she was born; I called her a miracle, a blessing, a prayer answered by the universe, a gift given to a 21-year-old girl who wanted nothing more than motherhood.

The thing you don’t know about being pregnant again after your child has died, has been taken from you, is, that your pregnancy will be shrouded in fear.

You don’t know that every abdominal twinge will mean contractions, the first sign that your body is trying to expel your precious child. It doesn’t matter if you had contractions the first time, contractions mean your baby is being rejected by your body, even if those twinges are just the pains of your uterus swelling with this tiny life.

You don’t know that decorating the nursery may have been the first thing you did the last time you were pregnant, and the last thing this time. You don’t know that you’ll become superstitious, afraid to buy the tiny gown you hold in your hands, the one you imagine putting on this tiny baby when it is finally born, if it is born. You’ll become superstitious because buying things before the end of the first trimester is bad luck. Lifting your arms above your head may strangle your baby. Touching a cat may steal her breath. Taking a hot bath might, just maybe, kill her.

You don’t know that you won’t exhale until you hold this baby, the Rainbow Baby, living, breathing in your arms.

You don’t know that you might not even exhale then.

She will always remind you of how lucky you are to be a mother at all. 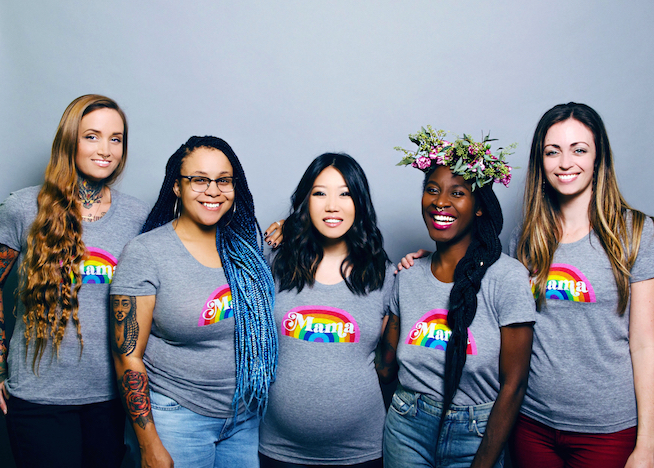 Jessica Zucker Ph.D. of @ihadamiscarriage is proud to introduce her new project.

This is the next installment of the #IHadAMiscarriage campaign that originally launched with my NYT piece in 2014. In 2015, I created a line of pregnancy loss cards. This year, the tees and totes. All in an effort to de-stigmatize, de-silence, de-shame. To promote support, connection, community. To promote conversations about this taboo topic. To own our stories. Ultimately, to change culture.

All proceeds are being donated to The Birth Hour @thebirthhour.

Items are available in the online shop: shop.drjessicazucker.com