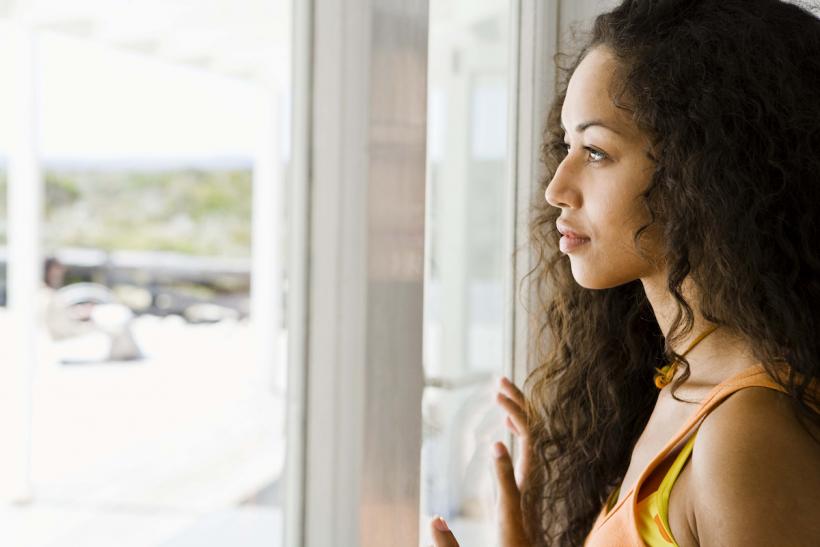 We need to make women of all faiths feel included. (Image:Thinkstock)

Though I was raised in an interdenominational household, my upbringing could at best be described as vaguely Christian. My sisters and I were taught to believe in God and learned the major Bible stories, but we were never baptized. We celebrated Christmas and Easter without ever taking First Communion or honoring the rest of the sacraments. While that means we missed what are considered essential milestones in the Roman Catholic Church, our mother’s religion, these omissions make no difference to the Society of Friends, our father’s religion.

Catholics and Friends, more commonly known as Quakers, are liturgically at odds. That’s because the Society of Friends formed in direct opposition to the Catholic Church as a religious body and political entity. So, really, it’s no surprise that the Catholic Church and the Society of Friends are so different. Do I still consider Catholicism and Quakerism part of my heritage? Yes, and to that I would add the Mayan religion, Presbyterianism, and Episcopalianism, too. I can acknowledge this heritage without being religiously observant.

Not that religious milestones or religious heritage mattered much to my family. We rarely went to church and made plenty of rounds to houses of worship outside of our faith traditions, too. Our parents wanted my sisters and me to respect Jews, Muslims, Buddhists, and Hindus, as much as we respected Christians. To us, it was never a big deal to have to cover our hair or take off our shoes when we visited a new mosque or temple. My mother’s common refrain was, “God is everywhere.”

This is all to say that while my religious heritage may be rich and multifaceted, my personal religious identity is much simpler: I don’t have a religion.

I am comfortable communicating with God on my own and following my own moral compass. I don’t need an intermediary and find that the golden rule is universal across major world religions — at least in theory, if not in practice. I also believe strongly in the separation of church and state. Even if I were religious and didn’t know that the United States is not a Christian nation, that most of the Founding Fathers were Deists, I would still believe in it.

I see no conflict with separate spheres of influence. You can obey the pope and the U.S. government if you wish, but without expecting everyone else to do the same. As a Catholic, you can choose to never have an abortion, yet support other women’s right to safe abortion procedures and facilities under Roe v. Wade.

The way many religious people choose to interpret their religion and live out a toxic faith that discriminates against women, people of color, the LGBTQ community, and working-class people is not something I can tolerate. Shouldn’t people who believe in God consider every single one of us as beings made in His/Her/Its image? Many religious people would say, yes, all people are created in God’s image and deserve love and respect, and live out that faith by encouraging diversity and charity. But, it’s those toxic members I can’t stand. Since one big reason to follow a religion is to have a unified faith community, I don’t want to surround myself with such hatred and ignorance every week. That’s why, at least for now, I choose not to become a practicing member of any religion. After careful consideration, I decided not to convert when I married my Catholic husband (not that he actually asked me to do that, either). I also have no plans to do so when we have children. I intend to remain as I am: someone of mostly Christian heritage who is not a practicing Christian.

The fight for women’s equality should not involve smugly telling women of faith to leave religious communities they find supportive and necessary.

All that being said, I cannot stand when people bash, dismiss, and generalize religion, with no understanding of or appreciation for people of faith. It’s true that religion is not perfect and it’s true how some people misinterpret religion is vile—just look at the Westboro Baptist Church and ISIS. But how can you say that the Catholic Church’s charitable refugee relief isn’t necessary? The Catholic Social Teaching on Immigration and the Movement of Peoples is beautiful. When you learn of how violence has devastated civilizations, how can you not admire Quakers’ commitment to pacifism? The Buddhist teachings on suffering are some of the most comforting ones I’ve ever heard. I’m happy to celebrate these and other positive aspects of religion and the loving people who observe them.

You don’t need religion to believe in good will, charity, forgiveness, and social justice, but, for people across the world, religion allows them to come together with their community and express the very necessary idea that there is something greater than them. In a consumerist, achievement-driven culture like ours, all of us could do with that reminder. Bashing religion in its entirety — instead of rationally critiquing certain practices, teachings, or groups of people — ignores all of the good that has come from religion. You can acknowledge that bad has come from something, while still admitting something good has come from it, too. Religion bashing is simply too black and white.

Smug atheists who regularly tell religious people they are idiots, merely for subscribing to religion of any kind, are just as bad as overzealous religious people who tell non-followers they are doomed. Some atheists are as guilty of “evangelization” as hellfire and brimstone Christians. They think everyone should be an atheist, no matter their life circumstances.

This smugness has pervaded almost every feminist community I’ve belonged to and it makes me furious.

While plenty of marginalized people have fled religion, others cling to it, because they need faith to cope with trauma and oppression. If poverty and police brutality are part of your reality, you may believe in Heaven and miracles because you need hope. It’s not exactly surprising that a 2009 Pew Research Center study found that 90% of African-Americans express “certain belief in God,” while 55% reportedly “interpret scripture literally.” It’s also not surprising that black women are among the most religious groups in the United States. To tell black women they are idiots for seeking solace in church smacks of privilege. I wasn’t shocked to read that Pew also found 78% of American atheists are white.

In creating strong, safe feminist communities, we have to be careful to mind not only race, ethnicity, class, and ability, but also creed.

We need to make women of all faiths feel included. The fight for women’s equality should not involve smugly telling women of faith to leave religious communities they find supportive and necessary. It should involve empowering all women to critically evaluate their religious communities and make them equitable places for women to worship. As long as there are people suffering from trauma and oppression, there will be people who seek solace in religion. As feminists, we should never fault them for that.

If you like this article, please share it! Your clicks keep us alive!
Tags
religion
diversity
intersectionality
feminism
tolerance