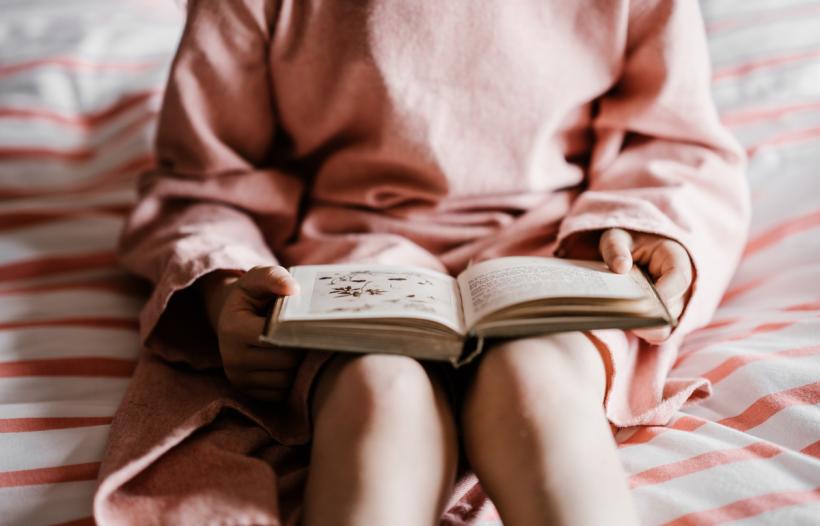 Of all the details in all the videos I’ve watched and all the articles I’ve read about the boys from Covington Catholic High School and the March for Life, the one that stands out to me was reported by Arlen Parsa, who reviewed the school’s online faculty directory and observed that, of approximately 80 teachers listed there, all appear to be white.

That means that the boys who did the “Tomahawk Chop” when Nathan Phillips approached singing, who performed a haka-esque chant they call “the Sumo,” and who painted their faces and bodies black at basketball games, might graduate high school without ever having to ask a person of color for a letter of recommendation. They might never have a long conversation about their favorite books with a teacher of color, or ever depend on a teacher of color for help understanding calculus, or chemistry, or Latin conjugations.

It did for me. I went to a Catholic high school in the 1990s that was only slightly less white than Covington Catholic. I had one black teacher in my four years there; I never had a person of color teach me math, or science, or my favorite subject, English. And while I know my teachers didn’t want me to grow up racist—we read Huck Finn and To Kill a Mockingbird, didn’t we? — as an adult, I keep coming back to this damning statistic...

In all four years of high school, my English teachers asked me to read exactly one long text by a person of color: Richard Wright’s Native Son.

Native Son is a great book. But what message does it send that it was the only novel by a black author my school saw fit to assign?

Sure, we read a Langston Hughes poem, maybe two, from our 10th-grade English textbook. “We Real Cool” by Gwendolyn Brooks. I learned about Frederick Douglass in history class, and I knew the big lines from Martin Luther King, Jr.’s “I Have a Dream” speech. But I didn’t read anything Douglass actually wrote until much later, and nobody forced me to sit down and read “Letter from a Birmingham Jail.” There was no W.E.B. DuBois, no Marcus Garvey. No Alain Locke or Jean Toomer, no Nella Larsen or Zora Neale Hurston. No Amiri Baraka. No Audre Lorde. No Octavia Butler. I didn’t read Toni Morrison until college. I didn’t read James Weldon Johnson or Ralph Ellison until grad school. When I did, I loved them so much that I wrote half of my dissertation on The Autobiography of an Ex-Colored Man and Invisible Man — even though writing competently about those texts required years of catching up on books I’d missed as a teenager.

And that’s only the African American canon: When I graduated, I could not have named a single Native American author, and if you had asked me to name an American Latinx writer, maybe I could’ve come up with Sandra Cisneros.

But of all the authors I missed in high school, no loss was greater than this: my teachers never assigned James Baldwin.

There’s an irony to that, since the rationale behind my high school’s curriculum seemed to be Matthew Arnold’s old idea of bringing students “the best that is known and thought in the world,” or, as our Catholic school leaders might have put it, “the true, the beautiful, and the good.” But no American author wrote better, more beautifully, or more truthfully than Baldwin did. Not Hawthorne, not James, not Fitzgerald — all of whom were on our reading lists. No other American writer could find the universal in the specific or the specific in the universal as well as Baldwin did.

Just last week, I was reading “Notes of a Native Son,” Baldwin’s reflection on the remarkable day of his father’s funeral, which also happened to be Baldwin’s nineteenth birthday, and the day a police shooting of a black GI sparked the 1943 Harlem riots. The essay takes place partly in the chapel of the funeral home where Baldwin’s father lies in state; Baldwin is slightly drunk, having been fêted earlier in the day by a girlfriend; during the ceremony, he worries the smell of whiskey on his breath is “inefficiently disguised with chewing gum.” After, he will go out drinking, “desperately celebrating my birthday,” he says.

I lost my mom nearly ten years ago, so reading Baldwin’s essay as that anniversary approaches naturally got me thinking about the day of her funeral, and about her, and the complicated legacies we all leave. Not because my mom was anything like Baldwin’s father, whom the author calls “indescribably cruel” and “the most bitter man I have ever met,” but because of the tenderness Baldwin evinces for his dad, and because the details he reveals throughout the essay are so heartbreakingly human they can’t help but evoke our relationships with the people closest to us. “If it ever entered his head to bring a surprise home for his children,” he writes, “it was, almost unfailingly, the wrong surprise and even the big watermelons he often brought home on his back in the summertime led to the most appalling scenes.”

As Edward P. Jones notes in his introduction to the Beacon Press 2012 edition of Notes of a Native Son, Baldwin tends to use “we” and “our” when describing the American situation; he also tends to make offhand generalizations that, while descriptive, seem to have little to do with the argument of a given essay. “There is also something very gallant about children at such moments,” he writes about his young children being led to view their dead father, for example. At the same time, he personalizes the state of the world; thus, he takes the riots engulfing Harlem after his father’s death as “a corrective for the pride of his eldest son.” It’s easy for a white reader, like me, to lose himself in the personal, to forget for a minute, for a paragraph or even a page, that Baldwin is writing about race.

But only for a minute. Because then Baldwin will draw a line between himself and me, one that makes clear that we inhabit different worlds. After thinking about his father’s failings, for example, Baldwin explains them: “It was the Lord who knew of the impossibility every parent in that room faced: how to prepare the child for the day when the child would be despised and how to create in that child — by what means — a stronger antidote to the poison than one had found for oneself.” The coldness Baldwin found in his father was meant to inoculate the son against the hardness of American racism. This is, for me, Baldwin underscoring the difference in our experience: I’ve never been one of the parents, or the children, in that room. The closest I’ve come is reading that essay.

So what did I miss, in high school, not being asked to sit in that church with Baldwin?

And what did I miss not being pushed to go with Baldwin to Leukerbad, the Swiss village the author visited for several winters in the early 1950s? There, Baldwin finished writing Go Tell it on the Mountain and developed one of his sharpest essays, “Stranger in the Village.” In Leukerbad, Baldwin was the first black person many villagers had ever seen, but the essay isn’t about those encounters—boys in the street yelling Neger! Neger!, men and women walking up to Baldwin and rubbing his skin to see if the color would come off. Rather, Baldwin uses his Swiss vantage point to look back at America and its avoidance of its racial history, its tendency to celebrate Western Civilization without recognizing that white supremacy is the “warp and woof of the heritage of the West.” His reflections lead to this hard conclusion: “People who shut their eyes to reality simply invite their own destruction, and anyone who insists on remaining in a state of innocence long after that innocence is dead turns himself into a monster.”

What would it have done to me to wrestle with that sentence as a high schooler? And what did I miss in not being asked to do so?

I have some idea of the answer. I graduated pretty sure I wasn’t racist or sexist, but also pretty sure that most of history’s great literature was created by white men. I graduated thinking literature was all about the big human questions and themes, but that the struggle against racial injustice and bigotry (a niche concern, not relevant in the post-Civil Rights world) was not one of those universal themes. I graduated ignorant of the shape and scope and even the existence of the fields of Native American literature, and Asian American literature, and even Mexican American literature, even though I grew up in a city in a border state where some of my classmates and many of my neighbors were not white. Worst of all, I graduated without any idea of how I might appear to authors in those traditions, or to those neighbors and classmates. I graduated, in other words, in that false innocence that Baldwin decried.

After the March for Life incident, I went to Covington Catholic’s website to see what students there are required to read. The website has been offline since the incident, but I was able to see and take screenshots of a cached page that appears to show the school’s reading list for the 2015-2016 and 2016-2017 school years. It lists 47 texts for all of the school’s English classes, and none were written by Native American, Latinx, or Asian authors. Only four were written by black authors. In the Honors and AP courses, the tally is even worse: Of 33 texts listed for those classes, only one was has a black author — Chinua Achebe’s Things Fall Apart.

But Covington’s problem is neither new nor unique. Nearly 65 years ago, thinking of Leukerbad, James Baldwin warned us that “No road whatever will lead Americans back to the simplicity of this European village where white men still have the luxury of looking on me as a stranger.” The world is white no longer, Baldwin tells us. In America, it never was. Our reading lists and our faculty lounges should reflect that by now.

If you like this article, please share it! Your clicks keep us alive!
Tags
author of color
authors
diversity
literature
representation
James Baldwin