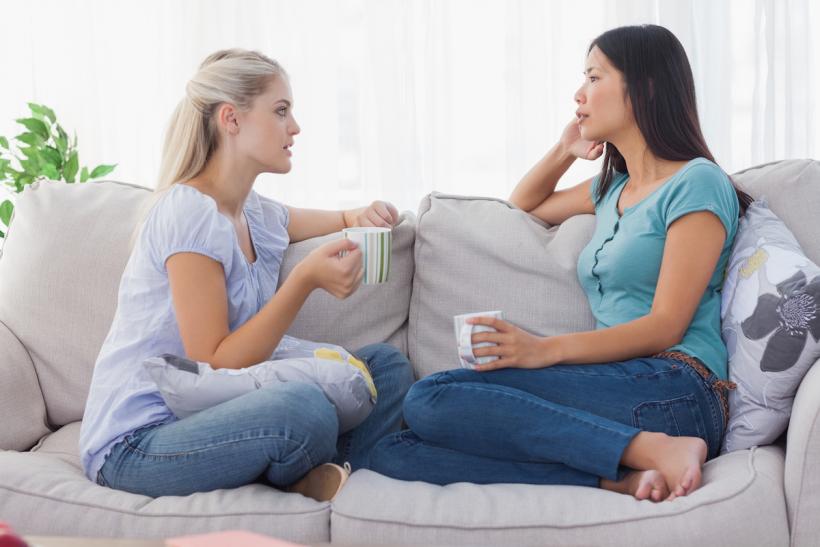 Have the awkward conversation. Fight for your friendship if it’s worth fighting for.

It’s Monday, 6 a.m. and Sarah, 30, wakes up — as she does five days a week (but really, it’s seven, because the body is a fickle thing). She has an hour-long commute, and if she hopes to shower, walk to the train station, ride into the city, walk to work, and get in on time, this is just what she has to do.

In the beginning, this was shocking for her friends. 6 a.m. was an “ungodly hour,” an hour to which they’d answer “nope. I couldn’t do it.” An elusive hour that was a stranger — no, an affront to humanity. But as the years went in, she just became “crazy” to a certain segment of her friends — the ones that would continue inviting her out (thank you?) despite her not being able to drink until midnight. Because she had a job. These were the friends that would say things like, “When are you gonna find a different job? Can’t you just freelance?”

It’s all innocent enough, but the reality is that Sarah has to work full-time. She has only one living parent — and this parent earns only enough to pay rent each month. This was never a let’s go to Disney parent. This was a we don’t have cable so I can pay for the car parent, she tells me.

The fundamental difference between Sarah and her friends is that Sarah has always had to provide for herself. It was never that she made her own money on top of parental support funds. It was always just a job — her only source of support.

When I talk to Sarah, I’m struck by how similar our stories are, how our frustration is less about having to work (no one said life is easy) and more about being misunderstood by reductive friends, who, no matter what, can’t wrap their minds around work ethic or the workforce. Friends who complain about part-time work when their parents and even their spouses take care of them. Sometimes people were brought up without work ethic, so they end up going through adulthood with the idea that they don’t want to or need to work. And this can be frustrating.

“It’s like they think I want to wake up at 6 a.m. and work all week. But they have the option to quit their job and search for a new one,” she says.

And she’s right — they have the luxury of a safety-net, one that will buy them time to find a better job without such a long commute, one with better pay, better insurance, better family care options, whatever. And, if they’re not working full-time, their earnings are being subsidized by parents who will fill in the gaps or just, well, fill it all in.

I’ll admit it: It’s the big things, like parents who pay their kid’s rent or medical insurance, that causes such a sting. Is it jealousy? Is it exasperation? Is it just flat-out resentment? Then again, it’s also the little things: contact lenses, cell phone plans, doctor visits, gas, pet costs, haircuts, Christmas travel, vacation stipends.

These things may seem fairly innocuous, but they add up.

According to time.com, parents who enable their kids usually do so at a financial cost to themselves — and an emotional cost to their kids, who are seen as spoiled and clueless.

The issue is, unless someone has wealthy friends around them, they might introduce a strange dynamic into their relationships with their working, not-so-privileged friends.

And when you’re the sole provider for yourself, buying your own insurance or travel provisions— even on a fairly decent salary — it all adds up. Never mind the things wealthier friends see as default (contacts, clothing, decor). I sometimes wonder if anyone notices that I put myself through college, graduate school, and have paid for every apartment I’ve ever had. I sometimes wonder if having friends who don’t get it is bad for my mental or emotional health.

And then I sometimes wonder if I’m being too sensitive, too judgmental — if I’m causing the problem instead of silently sitting back and letting what will be just be.

I remember being about 21 when I started visiting friends’ apartments in NYC. I was living in an old dorm called St. George in Brooklyn, while some of my friends lived in three-bedroom apartments in the East Village or Chelsea. As someone who dates a real estate agent, I can tell you now that you will need to earn 40 times your rent in order to qualify for those apartments. So, we all know that Annie the English major wasn’t pulling in that cash. But her parents were. So when I got older, the sting just got worse. It wasn’t because I was exceptionally jaded (maybe?)— or even that I hadn’t made a life for myself. It was that they were still being supported. A shopping spree. A vacation. Their doctor’s bills. And it hurt.

With some of the people I met, their idea of work was part-time, was “I’m exhausted after a six hour day” while the rest of us worked nine hour days all week. They may have even called their art “work,” while their parents paid the rent. But what about my art? Was it a side project? Did I even have time for it? The pain and jealousy consumed me. I hated myself for it.

Being angry at your friends for their privilege is counter-productive. It leads to nothing but dead friendships and frankly, it’s just very awkward. It’s gauche. This is one instance where I’d like to think “you do you” comes into play, but when your friends don’t recognize their own privilege or your position— as a person without parental support or a trust fund — but continue expecting you to buy expensive dinners or just take time off of work or go on a last-minute vacation, it can be, in two words, fucking exhausting.

How many times do I have to tell you that I don't have expendable income?, you think.

I can’t tell you the amount of times I found myself in this position. As a 30-year-old, things are a little different. I’m not struggling as much as I was, but I’m in no position to throw caution to the wind. I still have friends who ask why I don’t “take some time off to find the right job,” or “just extend your vacation.” They call me a careerist. They call me a shark. As if I just love working late and listening to that fiendish little voice in mind that tells me to be better, do more, build your resume.

I have friends who wonder why I’d rather take the less awesome job with the better money over the amazing, creative start-up job that inevitably pays a laughable salary.

But, like Sarah — and like so many of you — all I am is what I can do for me. I am not my parents’ vacation home. I am not my mom leaving me her savings in her will, therefore safeguarding my future. I am not my trust fund.

But what gains are made from such a proclamation? How can I feel prideful when resentment is the black lining underneath? How do we make peace with our friends — despite disparities in class — or resulting work ethic?

I think the best way to deal with this is for any set of friends to check your privilege or your resentment. Have the awkward conversation. Fight for your friendship if it’s worth fighting for. And take care of yourself. There’s no perfect solution, but dialogue helps.

If you like this article, please share it! Your clicks keep us alive!
Tags
wealth
wealthy
Friends
Friendship
money
socioeconomics
Classism
working-class