Stand Up And Fight (After You Feed The Kids) 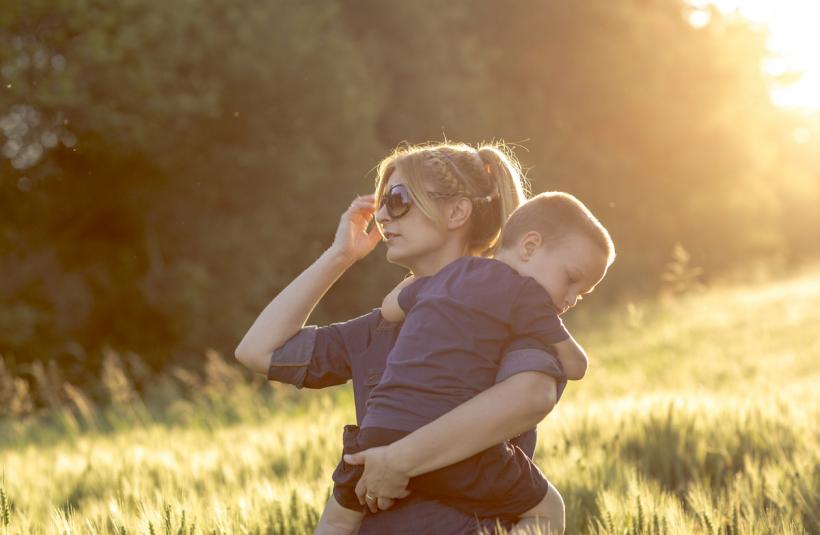 Perhaps I say this to benefit you, as much as I’m saying it because I need to hear it myself: the time for mourning has long passed.

As I write this, I find myself still feeling stifled under the mountain of worry, of heartache, and of burning anger that settled deep within my bones at the very hour that the results of that God-forsaken election rolled in. The tumult that’s been rippling through our country has me begging the question: what do we do when we feel the defeat of a woman and the rise of a monster bearing down on us?

Well, my job is to write.

I’m a feelings factory and there are a thousand of such swirling around in my head and my heart—writing them out is not only cathartic, but inherently necessary. Each time I write, I take a step forward; one foot in front of the other, and I begin my climb out of the mire I find myself in. It is exactly the thing I don’t feel equipped to do, but exactly the thing I need to do.

Enter my three-year-old, though. I am mother to the fiercest (and, yes, most darling) child I’ve ever met. When I say she is fierce, I really mean it. She’s demanding, she’s quick, and she’s got big ideas and a short fuse. And it’s somehow my responsibility to foster both my needs and hers simultaneously — and this, as you may well know, is the great balancing act that is motherhood.

This morning, for example, was supposed to be efficient and seamless. While I’m often alone with my daughter, today my husband had the day off; this meant I could theoretically have the morning nearly to myself — or, at least, I could have one free hand to throw some dry shampoo in my hair while the other one stayed devoted to a futile attempt at styling my daughter’s hair. Her request included five headbands and eight barrettes, which I had to somehow affix to her head as she danced erratically around the room.

Not so, though. In the end, it looked a lot more chaotic than I had envisioned (and why this surprised me even remotely I’ll never know). My husband was in the shower — something he’d so graciously cleared with me before hopping in — so he was leisurely fogging up the bathroom mirror while I tried to throw some makeup on before my reflection disappeared altogether. I gave myself a solid 20 seconds before I realized I was well past due to go check on that girl of ours, who was gallivanting around downstairs by herself.

Sure enough, had I waited about six seconds longer, I would’ve caught her sidled up to the kitchen counter, standing on a chair, with God knows how many cookies shoved in her mouth. I told her that no, she may not have cookies for breakfast, and she countered with the suggestion that perhaps she could have popcorn instead.

Instead of giving her cookie-popcorn breakfast, I took her upstairs so that we could get ourselves dressed and ready for the day. She consented, and followed me into the bathroom, where she proceeded to wreak havoc. She started by jumping up and down and slapping my tummy for fun, then ran into my bedroom, announcing that she’ll be wearing my glasses now. When I shooed her away, she ran back into the bathroom and started playing on my husband’s phone.

So there I was then, batting away her little hand until she eventually relented, and diverted her attention to my makeup – her hand hovering atop my things, little fingers wiggling, as she decided which of these fun things she should touch first.

See where I’m going with all of this?

Trying to get a single thing done while in the presence of one or many tiny humans requires the strength of the gods — or at the very least of an 80s-era Mr. T — and I possess neither of these things. I aim to get one or two things done, and instead spend gratuitous amounts of time chasing a crazy person around my house.

It’s hard. I’m tired, I’m hushed and I’m weary. And right outside my front door, there lies a political landscape that tears away at the fabric of our communities. In my feelings of defeat, of fear and of angry loathing, I have felt all last shreds of hope slipping through my fingers like sand.

There are voices both within me and without that say, “brush off your shoulders, get up and shout,” but I barely know how. I’m busy toddler-chasing for sport. I know there’s a beaten path in front of me, but there’s a kid tugging at my pant leg while she rolls around on the floor at the grocery store and kicks four cans of green beans off the shelf. It’s a wonder how I’ve made it this far, even, but onward I must march.

I digress. Perhaps I say this to benefit you, as much as I’m saying it because I need to hear it myself: the time for mourning has long passed.

Now is the time to stand up, to dust off our knees, and to roar.

We are worn down by the work it takes to be the people that our children require. We find ourselves inclined to listen to our tired minds and our weary limbs at the end of the day — being because being a pillar of strength is exhausting work. But make no mistake: harder though that fight may be, imperative it is. In order to ensure that their path is free of the destruction we see in front of us, we have to march forward with all the fire we hold in our hearts. One day at a time, we must tell ourselves; we can and we will make this world a better place for our wee babes.

If you like this article, please share it! Your clicks keep us alive!
Tags
parenting
Election
Trump
Kids
child rearing
activism
fight