4 Reasons I Sent My Toddler Across The Country — Without Me 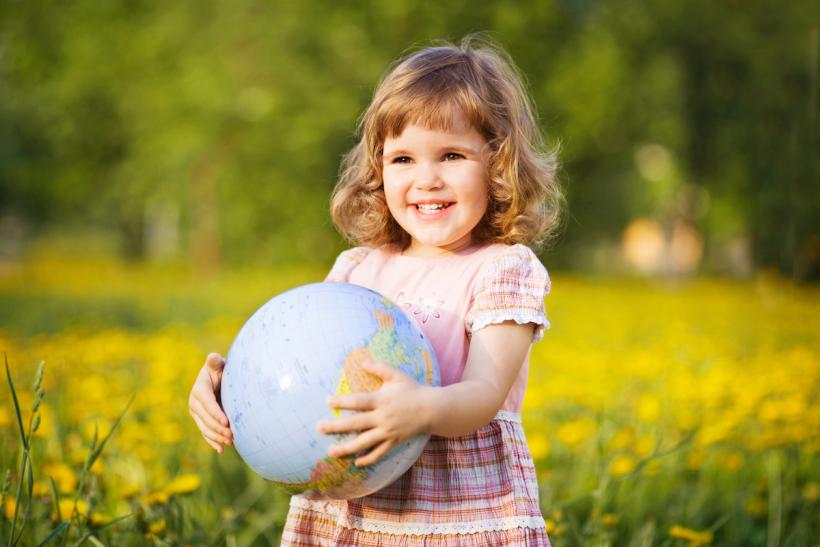 Travel is a privilege. Image: Thinkstock.

I never want to let my fears or insecurities stand in the way of opportunities for my daughter.

“You want to come to Texas with me, don’t you?” my mother asked, snuggling into my nearly-2-year old as we finished our lunch date.

The baby wasn’t even allowed to spend the night at my mom’s house, two hours away from me. There was no way I was going to send her from New Hampshire to Texas for five days.

But then I started thinking. Five days. My daughter would have five days full of adventure, seeing beloved family members that she usually only gets to visit at Christmas. My mom would have five days of full-time grandparenting, which sounded to her like a dream come true.

And I would enjoy five blissful, baby-free days getting caught up on work, organizing my house and — gasp — looking after myself.

I talked to my husband and called my mom the next morning. “Were you serious about taking the baby to Texas?”

She shouted with a thrill I hadn’t heard since I announced I was pregnant.

Two days later, I was driving them to the airport.

Here’s what swayed me and helped me decide to sent my daughter across the country (without me):

1. Travel is a privilege.

The first time I left the country was for a school trip in my junior year of high school, and I was in awe that I was getting on a plane. One of my siblings just got on a plane for the first time at 22 years old, and my mother got her first passport when she came to visit me abroad when she was well into her 40s. Traveling was a completely foreign idea to my family growing up. Neither of my parents held passports, and even our domestic travel was extremely limited by our finances.

Growing up, travel was a luxury that was simply out of reach, so I know firsthand that travel is a privilege that not everyone can enjoy.

At just 20 months, my daughter had an opportunity that I knew was significant, that many people don’t have, and I knew I should let her go. I want to instill a love and respect for travel in my daughter, and what better way than to show her to never take an opportunity for granted.

Despite not traveling growing up, travel has become in core value in my family as an adult. I met my husband, an Australian, when I was studying abroad in England, and we settled in New Hampshire.

My mother remarried a man from Texas and moved to Dubai, meaning that my daughter has grandparents scattered over three continents. By the time she was 6 months old, she had circumnavigated the globe to visit all those grandparents.

Through hard work and luck, we’ve built a family that is centered around travel.

It is the way we connect, build relationships and create memories. My daughter will know her aunts, cousins and grandparents through the short but intense bursts of time she gets to spend with them when we travel.

Her time is already so limited, I won’t cut it further by only letting her go if I can join in on the fun.

3. I want to live my parenting ideals.

It’s one thing to say that I want to raise an independent, brave, and adventurous daughter, and another to take actions to make that happen. When I though about letting the baby travel with my mom, the only reason not to let her go was purely selfish: I would miss her too much.

I knew that she would be having fun and that my mother would be providing top-notch care (probably even spoiling her).

I never want to let my fears or insecurities stand in the way of opportunities for my daughter.

It’s true that at 2, she never would have known the difference if I said no to this trip, but I saw it as my first opportunity to live my ideas and give my daughter a great experience despite my reservations.

The other thing holding me back was perceived judgment from others. Who lets their 2-year-old fly across the country without them for nearly a week?

I do. Because sometimes being a good mother means letting go, and stepping back to carve out some time for self care.

I missed my daughter while she was gone, but nowhere near as much as I felt I should have. In fact, having four days of doing whatever I wanted in blissful silence was wonderful, and having four nights of uninterrupted sleep was simply amazing.

Just like when I sent my daughter for her first sleepover at just 8 weeks old, when I was on the brink and needed nothing more than five hours of sleep, I refuse to feel guilty for stepping back.

Motherhood can be all-consuming, and if we’re lucky enough to get a break now and then, we absolutely need to take it.

Parenting is all about figuring out what works for you, other people’s opinions be damned.

Lots of people questioned my decision to send my daughter across the country without me, but we both had a wonderful five days. There were no tears from either of us — although there were lots of extra cuddles when she got back.

I’m happy to know that both of us can enjoy time apart and revel in experiences that we wouldn’t otherwise get. I just hope that the next time we’re parted by a trip, I’ll be the one getting on the plane.

If you like this article, please share it! Your clicks keep us alive!
Tags
Travel
alone
toddler
plane
flight
self care
independence
parenting
Children