7 Myths That Contribute To The Stigma Around Addiction 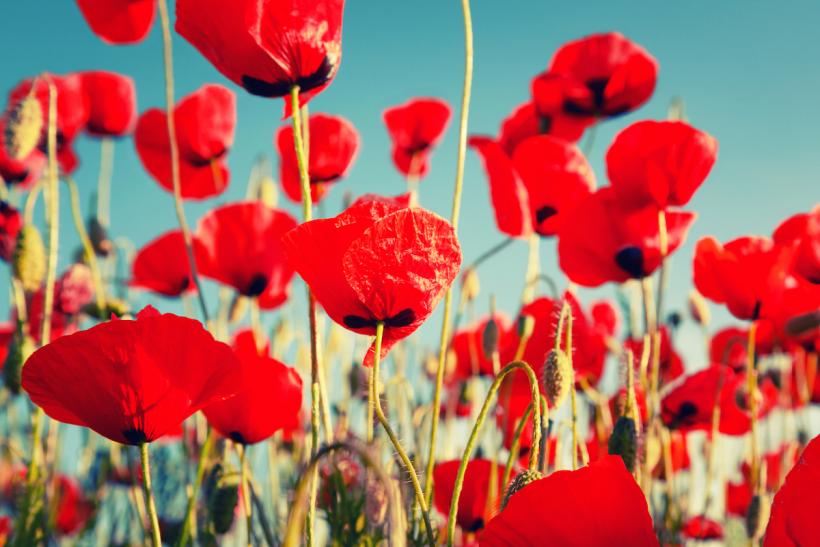 Poppies might be "natural," but last time I checked, opium's not great for you... Image: Thinkstock.

Addicts and alcoholics are often seen as morally corrupt people who are a lost cause. This is one of the oldest myths in the addiction book.

When I got sober in 2013, the last thing I wanted to do was call myself an “alcoholic.”

That word felt scary, heavy, and ugly to me. It felt definitive. It didn’t feel like it fit who I was.

That was due, in large part, to the stigma surrounding alcoholism and addiction.

I thought alcoholics were people who were homeless and old and came from poor areas. I thought alcoholics had DUI’s, did jail time, and couldn’t show up to work on time. In retrospect, I'm sorry I let my classist assumptions get in the way of my recovery, but this experience testifies to the power of the myths about addiction our society has accepted.

These myths kept me drinking for a long time, as they do for many people. That’s the damage stigma produces.

How can we combat this stigma?

One way is to debunk the myths about addiction that currently saturate the public conversation. By breaking down these oppressive narratives, we can create an environment where people aren’t afraid to ask for the help they need to get well from the disease of addiction.

Here are 7 common myths to watch out for:

1. “I can keep a job and a house, so I must not have a problem with addiction.”

I often hear people say that they’re not addicted because they can hold down a job and a house and pay their bills.

In my case, I always had a job — sometimes I had multiple jobs. I was always able to pay my rent and bills without a problem.

I was under the impression that if I had real problem with alcohol, I wouldn’t be able to do these things. Although this is characteristic of some people’s addictions, it isn’t true for all of them.

My life was completely unmanageable in other ways. It’s untrue that if you have a house and a job, you must not be in active addiction.

Doctors are medical professionals who are supposed to help us get and stay healthy and have our best interests at heart. Unfortunately, in today’s world, this is not always the case.

The over-prescription of pain pills in the U.S. is real, and the frequency with which people are dying from this addiction is astounding: The National Institute On Drug Abuse reports that 52 million people in the US over the age of 12 have used prescription drugs non-medically in their lifetime.

It’s easy to believe that, because our doctor prescribed it to us, we can’t become addicted to it.

But the reality is, many of these prescriptions are highly addictive.

And many prescription drug users have developed addictions after habitually using a medication for legitimate medical reasons like chronic pain or insomnia. If you’re ingesting a drug for any reason, there is usually a possibility of becoming addicted.

3. “It’s natural and comes from the Earth, so it’s not addictive.”

I’ve often heard this, especially in reference to marijuana. While I don’t think we can discount the healing properties of chemicals present in marijuana, many people aren’t talking about the fact that marijuana is addictive, in some cases.

Problem use, known as Marijuana Use Disorder, takes on the form of addiction in severe cases.

The National Institute on Drug Abuse says Marijuana Use Disorders are often associated with dependence, meaning withdrawal symptoms are felt by the user when not taking the drug. Marijuana dependence happens when the brain adapts to large amounts of the drug by decreasing production of and sensitivity to its own endocannabinoid transmitters.

Marijuana addiction is most common among 18-25-year-olds. In 2012, it was reported that 7.6 million people were using the drug every day. The National Institute on Drug Abuse has detailed some of the health risks involved with smoking and ingesting marijuana, including increased heart rate (by 20 to 50 beats per minute, or even double in some cases), and increased risk of heart attack.

Additionally, like tobacco smoke, marijuana smoke is an irritant to the throat and lungs and can cause a heavy cough during use. Regular marijuana smokers have reported more symptoms of chronic bronchitis than non-smokers.

This is one of the oldest myths in the addiction book. Addicts and alcoholics are often seen as morally corrupt people who are a lost cause. Addicted people are often demonized and looked down upon as not having morals or making bad choices.

In reality, people in active addiction have their brains hijacked by their disease.

I had the same morals I have now, back when I was drinking, but those were lost for the sake of my addiction. When drinking and drugs consume you, morals can be buried.

Addicts are sick people, not bad people — and they need help, not judgment.

I’ve heard this argument time and time again from people who say that addiction is a choice, because no one forces anyone else to pick up a drug or a drink.

While it’s true no one can force you to ingest drugs and alcohol, addiction itself is not a choice. Picking up a drink is a choice; addiction is not.

No one picks up a martini or takes a doctor-prescribed pill thinking they’d like to be an addict one day.

Yes, we know that some of these drugs are dangerous, but many of them are legal, glamorized by the media, and promoted by society as a de-stressor, or way to deal with problems.

Addiction is never the goal, but many times it’s the outcome.

6. “You must hit rock bottom before you can begin recovery.”

Even if you know very little about addiction, you probably have heard that someone “needs to hit rock bottom” before they can get better.

In reality, “rock bottom” is a gray area.

I personally had several bottoms, and I’m not sure why the one that happened to me in May of 2013 was my last one, but it was. Looking back, I had plenty of experiences that should have signaled to me it was time to stop drinking.

I don’t think it’s necessary for everyone in active addiction to experience rock bottom, but the pain of staying the same must exceed the pain of change — that’s when the healing begins.

Another myth I subscribed to before getting sober was the idea that the only way to recover from addiction is through the 12 Steps. That’s all I had heard or knew about addiction: meetings and Alcoholics Anonymous.

But the reality is, there are countless programs of recovery out there.

People are recovering from their addictions every day in different ways. Success isn’t only found in a church basement with the 12 steps.

The beauty of recovery is that there is something for everyone.

Addiction doesn’t discriminate: It has impacted my life, as well as the lives of countless other people around this country.

It’s time we start talking about it and shut down the harmful myths that still circulate about addiction.

7 Myths That Contribute To The Stigma Around Addiction
Kelly Fitzgerald

My Abortion Was The Turning Point In My Life
Kelly Fitzgerald