Forget The Fairy Tale: The Truth About Falling In Love With A Foreigner 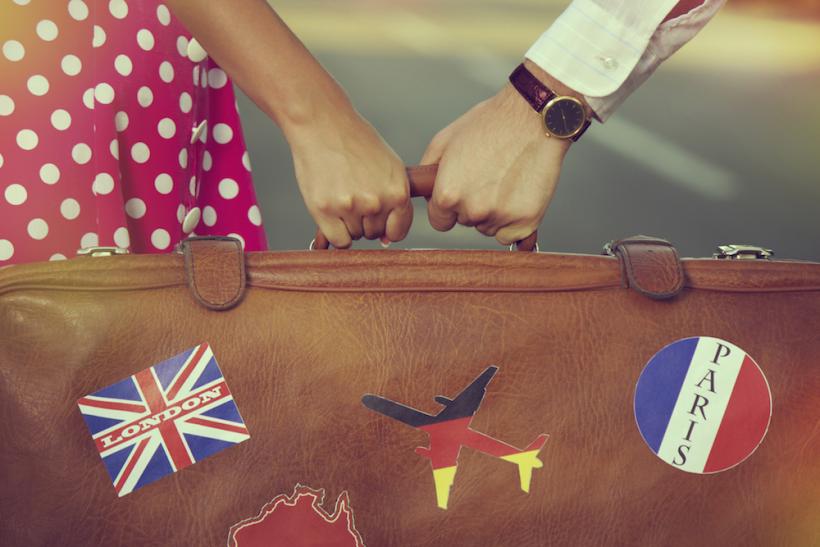 Whenever I hear someone say, “Well, you’re married, so he’s a citizen, right?” in an all-knowing tone, my blood pressure instantly rises.

During my junior year of college as I prepared to study abroad in London, I was thrilled about the opportunities awaiting me. I would be living in a new place for the first time, and it would be my first extended trip out of the country. There would be new classes, new cultures, and a whole continent just a short, cheap flight away. The possibilities were endless, but all anyone wanted to talk about were the boys.

“I think you should find an English boyfriend,” my grandmother instructed.

“You have to fall in love in London,” my aunts urged.

I rolled my eyes, annoyed that I was being married off to the first semi-eligible bachelor with an accent. Never mind my grand adventures as an independent woman of the world.

Our culture is so preoccupied with The Other, and the obsession with falling in love with a foreigner is just another manifestation of that.

But despite my reluctance, I did fall in love in London; and my now-husband and I have our very own fairy tale that makes for a great party trick.

And then, I watch them swoon.

Sure, I smile when I remember our first kiss on London Bridge, and I love the fact that our children will have three passports. But falling in love with someone from another country isn’t all it’s cracked up to be.

First, there’s the years-long immigration process. Whenever I hear someone say, “Well, you’re married, so he’s a citizen, right?” in an all-knowing tone, my blood pressure instantly rises.

In (very) simplified terms, marrying a US citizen gives you the right to apply for residency, and eventually citizenship. Nothing is guaranteed, and the process is slow, expensive and invasive. There’s nothing quite like having the federal government comb over your relationship to determine whether or not it is legitimate.

Like our meeting, the things we’ve done for immigration are now the stuff of family lore.  A favorite is the time my husband had to fly from Boston to London simply to get a passport stamp, and fly immediately back. The poor guy didn’t even leave Heathrow.  Luckily, Immigration Services eventually stops making you jump through hoops, about three years after you gain residency in the US (if you’re an English-speaking white male from a non-threatening country, of course).

But then comes the culture shock. My husband is from England and Australia, which are very close cousins to America. We share a language, an ethnicity and a lot of culture, but there were still plenty of adjustments. From how we approach finances to how we celebrate holidays, we’ve had to navigate the normal differences that are par for the course in a marriage, with the added stress of different cultural expectations.

And then, there are the long-distance relatives. The problem with falling in love across oceans is that even when your visa woes are finished, your long-distance relationship never ends because there is always someone left behind. We have mastered Skype calls and WhatsApp messages, but it isn’t the same as being able to pop over to grandma’s for a hug. Our kids will likely never have all their grandparents at their birthday party, and the discussion of your-family-or-mine for holidays takes on a whole new meaning when those families reside in different hemispheres.

And that brings on the guilt. My husband left the family he loves and his home to be with me; and although he assures me he would do it again in a heartbeat, the significance of his sacrifice isn’t lost on me. His wonderful parents didn’t choose to have grandchildren that live on the opposite side of the globe, but that’s their reality. And our kids didn’t choose to have family scattered across the globe, but they will never know anything different.

Unfortunately, until we win the lottery and can spend six months a year living in each country, some of my family is going to be missing something major.

Of course, there are rewards as well. We have the cutest baby passport photos, and a built-in excuse for a vacation each year.

Truth be told, we have our fairy tale, even if it isn’t exactly what I imagined. Are they ever?

If you like this article, please share it! Your clicks keep us alive!
Tags
marriage
Love
foreign accent
Australian
London