I Have Seasonal Affective Disorder — In The Summer 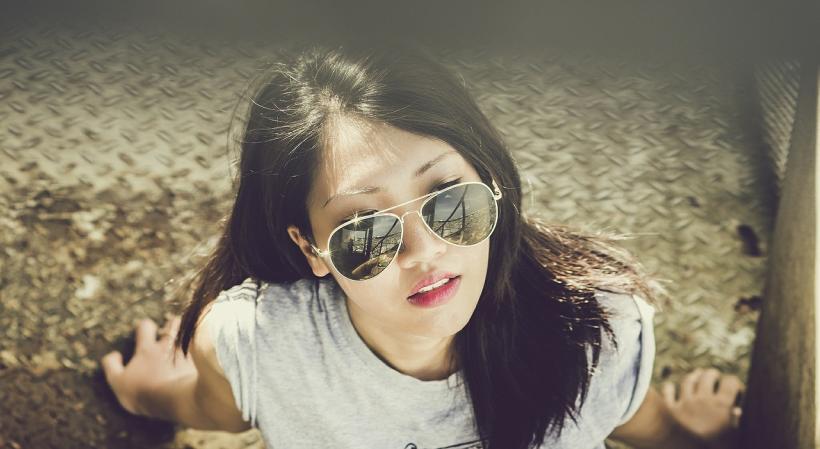 Part of the depression of summer SAD is due to FOMO (“fear of missing out”). Image: Image: Tú Anh/Pixabay.

The heat makes me feel the way I do when I’m having an anxiety or panic attack... Basically, it's awful.

Everyone hates the cold, right?

For as long as I can remember, I’ve been intensely affected by heat and the sun.

Passing out (or feeling like I’m going to pass out) has been an on-and-off-again summertime occurrence.

The first time I fainted, I was in preschool. It was summer, and I was leaning against a wall watching toy trains. I remember feeling extremely hot and agitated — then, suddenly, I slumped down to the floor. My teacher picked me up and brought me to a cooler area, where I came to shortly after.

I’ve said for years that I “come alive” in the colder months, whereas many of my friends feel the opposite.

In winter, I feel happy, invigorated, energized, and calm. This is typical of summer SAD sufferers.

In summer, I feel simultaneously manic and lethargic.

Seasonal Affective Disorder, a common mood disorder that was first described by Dr. Norman Rosenthal in 1984, is mostly discussed in terms of how it affects people in winter.

When I found out about summer SAD a few years ago through some online sleuthing, I felt relieved. I finally knew what was going on with me. It made sense.

Summer SAD, coined shortly after its winter counterpart, creates different symptoms in its sufferers. According to Dr. Rosenthal, people with summer SAD “often lose appetite, sleep and weight, and are agitated rather than lethargic — all opposite to the typical symptoms of Winter-SAD.”

What causes summer SAD? People still don’t know definitively. Researchers say it could be due to increased light and heat as well as genetics.

As someone who has Generalized Anxiety Disorder and PTSD, the heat makes me feel the way I do when I’m having an anxiety or panic attack: sweaty palms (sweaty everything), hyperarousal, feeling like I can’t breathe, and a weird floaty feeling (only anxious people will know what the hell I’m talking about there).

WebMD (every anxious person’s favorite website) says that 4-6% of the US population is affected by winter SAD. However, approximately 10% of people who experience SAD get it in reverse — during the summer — and more women than men have SAD.

Each year, as I watch people’s excitement grow about the warmer weather, I simultaneously think: Why can’t I be like that? and God, I hate those people. Instead of excitement, I feel depressed, anxious, uncomfortable, and irritable. I spend most summers in central air conditioning (if it’s available).

When people make small talk with me about the weather, I always brace myself.

I replied meekly with: “Yeah…” when what I really wanted to say was: “ARE YOU SERIOUS? I FEEL LIKE DYING! I HATE THIS WEATHER!”

But I knew that would get me some weird looks.

Part of the depression of summer SAD is due to FOMO (“fear of missing out”).

In summer, everyone else seems to be having a great time. They’re out and about, enjoying the weather, but you — as a sufferer of summer SAD — are self-barricaded in the coolest, darkest room you can find.

If you have winter SAD, you’re not as alone, since many more people experience it. Your misery is in much better company.

In an article for Psychology Today, Lina Jamis says that “while winter SAD is linked to a lack of sunlight, it is thought that summer SAD is due to the reverse — possibly too much sunlight, which also lead (sic) to modulations in melatonin production.”

It’s evident from just the small amount of research done on summer SAD sufferers that a person can be affected by heat, light, or both. Other researchers think summer allergies could also be to blame.

How does one handle SAD in the summertime? Well, I’m still figuring it all out.

It already feels like summer here in the Midwest, so I’m biding my time until fall.

As I said above, being in air conditioning is major for me (and I know what a privilege it is). However, Dr. Rosenthal tells New York Magazine that cold therapy is fleeting:

The trouble with cold therapy, which might be seen as the equivalent of light therapy, is that it doesn’t seem to last… If you’re in the cool air conditioning, it helps you while you’re in it, but then when you go outside — my patients have described it as being hit by a wall of heat.

I can definitely attest to this. It’s a shock to the system, going from extreme cold to extreme heat.

Because of the how little summer SAD has been studied (compared to its winter counterpart), we still don’t know how to treat it in the long run. Doctors recommend typical things like staying out of direct sunlight and heat, getting enough sleep, eating well, light exercise, and taking an antidepressant.

Before finding out about summer SAD, I often felt alone in my severe discomfort with summer. I was treated like I was “overreacting” by friends and family. But knowing that others feel this way — knowing that others exist — has been incredibly helpful in my journey.

The next time someone acts like you’re ridiculous because you aren’t basking in the 80-degree weather, remember: You’re not alone! Not everyone likes the feeling of their skin melting off.

If you’re up to it, use the opportunity to educate others about this very real mood disorder.

And for the next few months, keep yourself cool and shaded as much as possible.

We’re in this together!