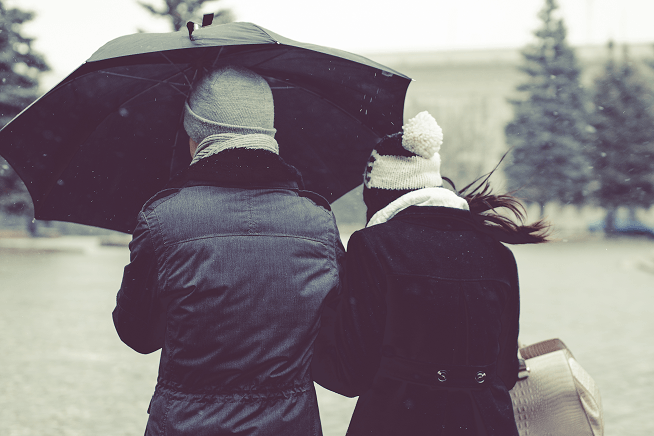 We all need people who believe in us.

Why is it so much easier to see someone’s life clearly when it isn’t your own?

I have three brothers, all weird and delightful in different ways. All troubled as well, uniquely struggling with life. I’m the oldest in the family and feel some sort of motherly worry for my siblings that I can’t quite explain. They aren’t my responsibility or anything, but I am invested in their success and happiness.

The middle of the three brothers is E. He’s the tallest, the gentlest, the most emotional, and the most criminal. He has a daughter who looks almost identical to my preschool self. He has tattoos over most of his body — not planned out, haphazard. When you own nothing your own flesh is where you make your mark.

E falls apart once a year, pretty much like clockwork. Some years there isn’t far to fall — he’s already living in his car, after all. Other years, things seem to be going smoothly. Then January arrives and he’s a disaster.

January is always a bad month.

How do you love someone who continually does things to hurt himself? I’ve been holding a phone with my stoned, sobbing brother on the other end for nearly 20 years. I keep picking up the pieces, keep having my heart break, because he’s my brother.

I’ve mostly stopped trying to fix E. I send him money periodically, which I know is enabling, but I have to live with my conscience. And when he’s got some hope of a job prospect a thousand miles away, he sounds alive. This time, we both think, this time will be different.

I could prevent so much pain for my sweet brother. That isn’t how it works, though.

E’s first time in rehab, I wrote him a hundred letters. He never responded. I kept writing though, not knowing what else I could do. For Christmas I made him a scrapbook — family pictures, jokes, that sort of thing. It felt cheesy, but it was a token of love.

Years later, on the run, E moved to my town for some months. In his studio apartment, I noticed the scrapbook. He blushed a bit when I mentioned it. And me? I knew that at least my brother knew that I loved him. That was before he went through four jobs in three weeks, made up ridiculous stories of how he lost them. Before he stood up my 2-year-old son, before he stole prescription drugs from my house.

Why is it so much easier to see someone’s life clearly when it isn’t your own? If E wanted, I could map out every moment of his next decade. I could prevent so much pain for my sweet brother. That isn’t how it works, though.

Loving is hard. It hurts. When the person you love seems to keep making the same mistakes, frustration enters the equation too.

What I’ve learned, slowly, through a whole lot of ups and downs:

For Christmas this year, I had frozen meals delivered to E’s house. Hard to pawn for drugs. Not impossible, but a better chance than cash or gift cards. He texted pictures of him eating food with multiple courses and actual vegetables.

I cried, and I laughed.

If you like this article, please share it! Your clicks keep us alive!
Tags
addiction
family
Love