The ONE Thing We Need To Stop Saying To Our Kids 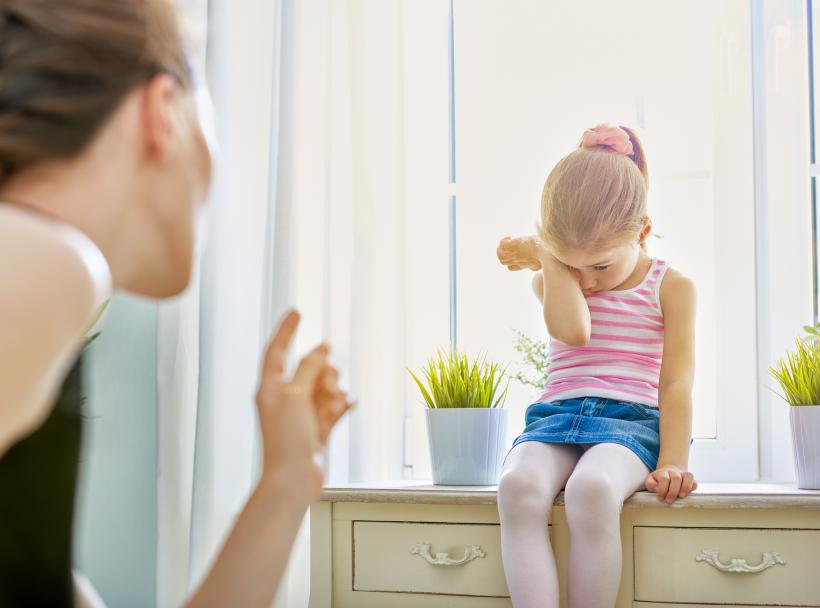 Bad behavior is not "being" bad (Image Credit: Think Stock)

"Why are you being so bad?"

I regret the words as soon as they leave my mouth. My son is acting badly. He is not being bad. When I say this, it’s usually because he’s doing the same bad thing repeatedly. He’s ignoring my directions and rules, and my patience is running low. He’s jumping on the couch while the baby is sleeping, again. He’s picking up the cat, and arguing with me when I tell him to put the cat down.

I want him to stop, just for the love of God, stop. And in the heat of the moment, I forget to separate the actions from the child.

I call him bad, but he’s not bad. It is not a part of who he is. He is many things: smart, and funny, and kind, and talkative, and inquisitive, and loving, and so much more. If you ask me to describe him, I could go on for days, and the word “bad” would never come up. Not when I’m calm and collected, focused on who he is as a person.

I don't want my son to think he's bad. But I know that as long as I keep telling myself that I am bad, I will keep doing the same thing to my kids, no matter how many times I tell myself to stop.

There is a difference between being bad and acting badly, and I want him to know that.

But so often, I find myself failing at teaching him this simple and important distinction. I hate that I haven’t succeeded at this from the very beginning of his life, because I know the right thing to say. I regularly resolve that I will say things like, “Your behavior is not acceptable right now.” And I get it right a lot of the time. But every time I get it wrong, every time I say “you” instead of “your actions,” guilt washes over me, and the internal dialogue starts running through my own head.

What is wrong with you? He’s a little kid. Why are you such an awful mother? Why can’t you just get this one thing right? Don’t you know how bad you’re messing him up?

It’s my own way of asking myself, “Why are you being so bad?”

It’s a question I’ve been mulling over as long as I can remember, and I don’t want it to be stuck on a loop in my son’s head as he grows up. I don’t want my son to think he’s bad. I know that as long as I keep telling myself that I am bad, I will keep on doing the same to my kids, no matter how many times I tell myself not to.

The pattern is an easy one to spot, but far less easy to fix. I know the words I use with my kids matter, because they are internalizing the traits I assign to them. Separating actions and personhood seems simple in concept, but not when I need to apply it to myself. Associating behavior and personality is something I’ve done my whole life. When I make a mistake, I'm quick to call myself a failure, instead of recognizing that I failed. I internalize every bad thing I do, claiming it as a part of my identity.

I need to understand the difference between acting badly and being bad not only in theory, but in practice - starting with myself. I need to learn to maintain patience with myself, to look at the root of my behavioral flaws, instead of deeming my whole self “bad.” It’s hard to unlearn such a deep-rooted habit, but it will never be possible for me to approach my children with respect and understanding if I cannot do the same for myself.

My son will grow out of his "bad" phase, and I need to do just the same.

If you like this article, please share it! Your clicks keep us alive!
Tags
Kids
parenting
behavior
bad
discipline