People With Anxiety See The World In An Entirely Different Way 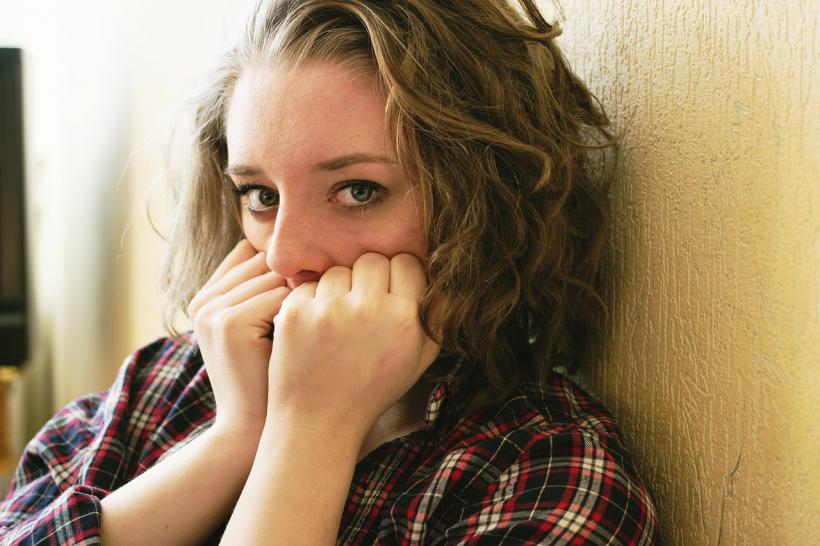 People with anxiety show a behavior know as over-generalization.

It's just how you're wired.

Anxiety isn't something people choose to experience — it's connected with how their brains see the world.

A new study conducted by Offir Laufer, David Israeli and Rony Paz (of the Weizmann Institute of Science in Israel) has found that individuals with anxiety see the world differently, and this difference is because of a variance in their brains.

The study, which was published in the journal Current Biology, suggests that people diagnosed with anxiety are less able to tell the difference between a neutral or safe stimulus and one that was previously associated with the threat of money loss or gain.

So when it comes to emotional experiences, people with anxiety show a behavior know as over-generalization.

Over-generalization is when someone comes to a conclusion based on information that's too general and/or not specific enough. For example, if someone saw a whale and concluded that "since it lives in the water and has fins, it must be a fish," this conclusion doesn't take into account that whales breath air and nurse their young. Whales aren't fish, they're mammals.

"We show that in patients with anxiety, emotional experiences induce plasticity in brain circuits that last after the experience is over," said Paz. "Such plastic changes ... result in an inability to discriminate between the originally experienced stimulus and a new similar stimulus. Therefore, anxiety patients respond emotionally to new stimuli, resulting in anxiety even in apparently irrelevant new situations."

In other words, as the researchers noted, anxious individuals tend to over-generalize emotional experiences whether they're threatening or not, and this reaction isn't something that an anxious person can control, because it's a fundamental brain difference.

In the study, Paz and his colleagues trained people with anxiety to associate three distinct tones with one of three outcomes: money loss, money gain, or no consequence.

In the next phase, participants were presented with one of 15 tones and were asked if they'd heard the tone before in training or not. If they were right, they were rewarded with money.

The best way to win at the tone-identifying challenge was for subjects to not confuse or over-generalize the new sounds with the ones they'd heard in the first phase of the study. The researchers found that subjects with anxiety were more likely than the healthy control group to think a new sound was one they'd heard earlier.

Functional magnetic resonance images (fMRIs) of the brains of people with anxiety, versus healthy subjects, showed differences in brain responses, too. Those differences were mainly found in the amygdala, a region of the brain related to fear and anxiety, and also in primary sensory regions of the brain.

These results support the idea that emotional experiences cause changes in sensory representations in anxiety patients' brains.

"Anxiety traits can be completely normal, and even beneficial evolutionarily. Yet, an emotional event, even minor sometimes, can induce brain changes that might lead to full-blown anxiety," Paz said.

Looking For A Little Romance? Try This Collection Of Sultry Stories

What's Up With Miley Cyrus And All The Nude Pics?

If you like this article, please share it! Your clicks keep us alive!
Tags
anxiety
mental health
amygdala
over-generalization