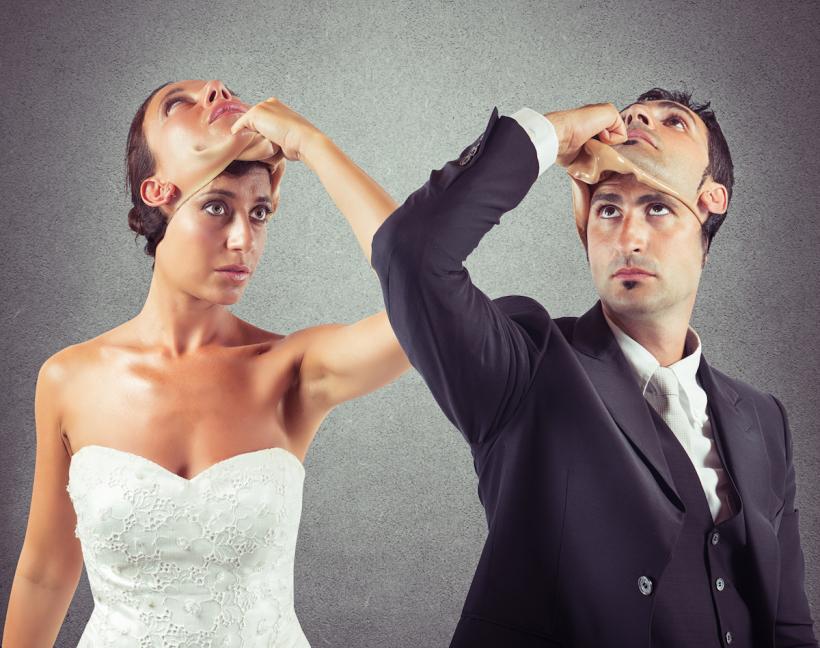 Glossing over how you feel is potentially disastrous.

A-yup, according to new research out of University College London, telling seemingly harmless fibs desensitizes our brains to dishonesty, propelling us to spout more significant lies in the future.

And that, reader friends, is not great for your relationships.

Just ask Bustle’s ~relationship experts~ (a cool job I will definitely never be qualified for), who identified six little lies that could be tearing you and your partner apart.

If you’re unsure on whether you see kids in your future or not, be upfront with your partner about it.

One of our team members, for example, is beginning to stress that her little white lie is about to cause one very, very big problem.

“I’ve lied about how open I am to having kids,” she told me. “I’m really worried what’s going to happen when push comes to shove and he wants to start trying.”

But did you? Did you reaaaaaaally?

"I say if you’re not really feeling it, then be honest," author and dating expert Abiola Abrams told Gurl.com. "By faking it, you’re just cheating yourself out of real pleasure."

If you're unsatisfied in the bedroom, and your partner has no idea, it doesn't give them a chance to rectify whatever's not quite working, Abrams added.

"You see, instead of putting your energy into a big show, you could be spending that time and effort showing your partner what you really like."

It turns out that money problems are a bigger relationship dealbreaker than cheating. So, if you're hiding a heap of credit card debt, it's probably time to air your skeletons, lady!

Concealing debt, wayward spending habits, or inflating your salary will lead to mammoth headaches down the track. Just be honest about your financial position from the get-go to avoid your partner getting a nasty surprise.

A Mamamia staffer agrees: "When I found out an ex had $20,000 of credit card debt, I was so turned off I never saw her in the same light."

“Pretending that what your partner does that is bothering you is OK will only manifest later during an argument from something that is nine times out of 10, totally unrelated,” relationship coach Whitney Tillery told Bustle.

Okay — I'm totally freakin' guilty of this one. I tell this lie ALL THE TIME, and yes, it results in little spot fires that would be totally avoidable if I just vented my original frustration to begin with.

So consider it noted, experts. Consider. It. Noted.

Telling your partner you don't text your ex when you do will only breed mistrust, experts say. Their advice? Do it if you must, but honesty is key.

"I feel bad about it, but yes, we are still in contact behind my boyfriend's back," one Mamamia writer admitted to me. "Just as friends, though. And only because I know my boyfriend would freak, so I'm saving us both the drama. It's just not worth the fighting."

Similarly to 'It doesn't bother me', glossing over how you feel is potentially disastrous. If you are emotionally weak, or upset about something in your life, you should vocalise it.

"I think, in a way, it comes down to what women are taught that makes them desirable," columnist Daryl Lindsey told The Every Girl. "[But ultimately] you should feel comfortable talking about the things that matter to you.

"Hiding our emotions might make us seem like happier people, but it won't actually make us happier in our relationships."

If you like this article, please share it! Your clicks keep us alive!
Tags
Relationships
honesty
dishonesty
lying
lies

A Letter To My Friend's Ex-Boyfriend
Michelle Andrews