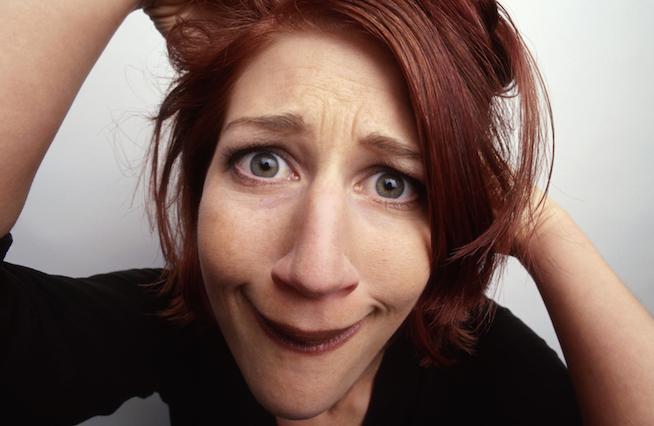 The struggle is real.

You can't feel your feet anymore. Your lungs are coated in lint from fuzzy sweaters no one wants until they're on the clearance rack.

This one goes out to everyone who's ever worked a Black Friday in retail, survived a holiday season behind a cash register, or dealt with the public at their worst at the time of year when we're all supposed to love our fellow man.

The day after Thanksgiving, Black Friday — or the start of Hell Season, as the retail vets know — is that special time of year when every retail worker in every department store, big-box store, discount store, and any place where the masses look for the best deal for their money, all in the name of spreading holiday cheer — is what separates the weak from the strong.

There's the 3 a.m. arrival time at work, just 12 hours after you ate turkey until you passed out. No amount of coffee can prepare you for what is about to happen. You look out from behind your register to see a sea of humanity pressed against the glass door. Part of you thinks, “Holy fucking shit, please, whatever God is out there, have mercy on my retail soul.” The other part of you is grateful you won't have to clean the glass at the end of the night.

The doors open, the special deals, bonus buys, and early bird specials are waiting for eager customers. Those same eager customers push, punch, step on, and scream their way inside only to fight and manhandle each other over a TV, microwave, or Snuggie that is only $5 cheaper than it will be in about two weeks — hours after bowing their heads and giving “thanks” for all they have.

You think you have a few minutes until the rush hits you, and then you look up. That sea of humanity is cresting towards you. The image is similar to the feeder fish who swim across each other to get away from the whale trying to swallow them up. How in the hell can this building hold that many damn people? How can they move that fast with that much stuff?

It doesn't matter anymore. Your line is now full and will stay that way for at least three or four hours — and the next five or six weeks. You'll call frantically for a manager to bring you change after five people in a row pay for $10 items with hundred-dollar bills. The person waiting with you will roll their eyes, huff, and complain about how slow the service is while you all wait. You'll try to make pleasant small talk, but you can't hear each other over the roar of the crowds in other lines. You can feel your holiday cheer slowly draining away. You'll see your manager riding a wave of people, desperate to get to you, holding the change bag like a football while stopping to answer the question, “Where do I find the $5.99 widget that will make my life perfect?”

When the next shift comes in, you think you have a break to eat a cracker, sip some water, maybe even pee. Nope. It's time to go clean up after the mass of humanity that came in early for their deals. You're placed in front of a table with what you think are shirts and sweaters. Your mission: Make it look neat and organized. The challenge? How can I explain this? Try this: Imagine your customers are a room of toddlers swarming around you. You pick something up, they throw five more things down. You manage, while wishing you were an octopus with eight arms, to fold all of the shirts and even arrange them by color. You turn your back to deal with a crying toddler (I mean, answer a customer's question) and when you look back, every single shirt is unfolded and on the floor. Just at that moment, someone else walks by and rolls their eyes and sighs at how “nasty the store is" and wonders why they "can't they hire good people to keep it clean.”

You will tell yourself not to cry. You'll try to hum Christmas carols or the Hanukkah song in your head. Anything to keep from screaming, “Fuck this shit!” and leaving the building.

The next day — and for five or six days a week until Christmas arrives — you will do the same thing. Every. Single. Shift.

You'll argue with people who find something on the 90 percent off clearance rack that no, they can't use a coupon on that item.

You'll quickly tune out this ceaseless rant. It's the same one you've heard three or four times a day for a week. You'll consider responding with a “Well, good for you. Happy fucking Festivus for the rest of us!” But you need your job to pay for your own Christmas gifts so you keep your mouth shut.

You count down to Christmas Eve the way your kids do. You're giddy when the day finally arrives. Sure, you have to work the closing shift, and yes, you only get the one day to enjoy with your family, but this is the downhill slope. The first few days after Christmas will be busy but it's just not the same! Wheeeee!

Then...seven people come in five minutes before the store closes — which is an hour later than the year before. They won't leave until 45 minutes after your manager locks the front door. They ignore the announcement that the store is closed and continue to rifle through the table of cheap watches and electric bottle openers that you're frantically straightening.

You can't feel your feet anymore. Your lungs are coated in lint from fuzzy sweaters no one wants until they're on the clearance rack. You don't look forward to explaining to the person who brings back their fuzzy sweater that you can only give them a store credit for the $3. You also don't want to get into the conversation about why the person who gave it to them was such a cheap-ass.

But it's nearly over. You're almost out the door. Sure, it's dark, and the kids are probably already in bed, waiting on “Santa” to arrive — which is you, by the way. At least you've survived another holiday season without getting fired or going to jail. Tomorrow, you'll put this behind you, and just like a woman who forgets all her labor pains when she decides to have another baby, sometime around spring you'll think, “Next Christmas won't be so bad. I can handle it.”

Nah! You'll dread it all year, and promise yourself to keep a flask by the register next time, for when it really gets rough. You are a retail holiday survivor, and you make your job look easy. But no one really wants to know what you think about the holidays...or fuzzy sweaters.

If you like this article, please share it! Your clicks keep us alive!
Tags
Black Friday
working in retail
holiday shopping 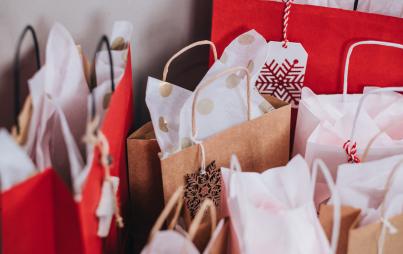 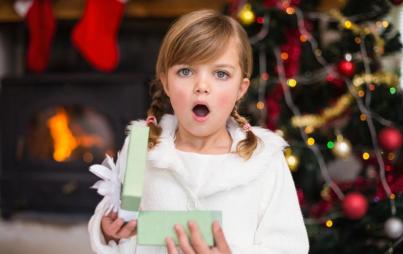 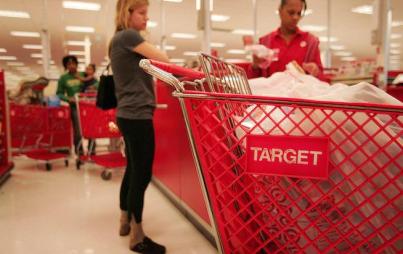