When My Kids Go Onstage, I'm More Frightened Than They Are 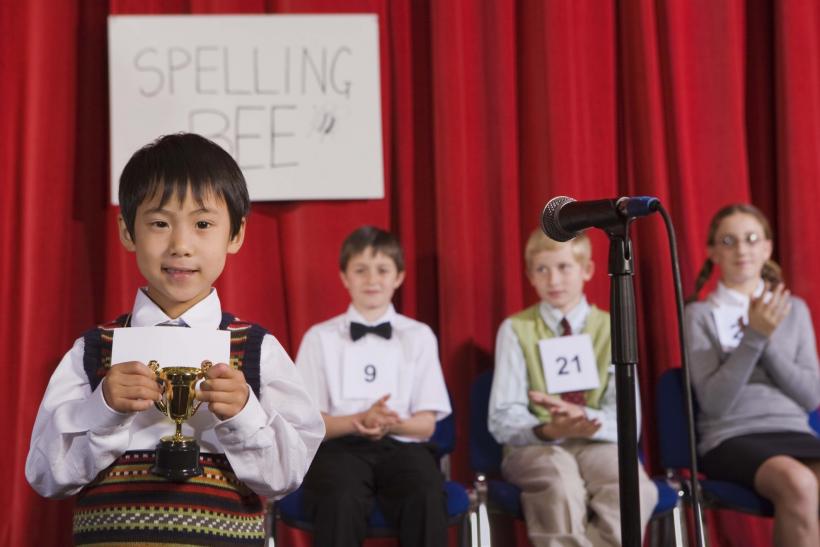 I try to contain my fears, my own insecurities. I want them to shine, even as I’m terrified watching them climb and jump and dream.

The teacher chooses slips of paper from a green plastic bowl to determine the order students will play piano or violin in the recital.

It is the second time this month I’ve sat in the audience, stomach churning, watching one of my sons do something that terrifies me.

I’m full of emotions: pride, awe, fear, nerves. The spelling bee first, then the piano recital. Two different kids, same mom. Same me, wanting to prevent my boys from pain and discomfort.  Same me, biting my tongue and smiling broadly in support.

When Owen won the class spelling bee and went on to the school-wide version, I followed his lead. We’d review the 450-word list only when he suggested it. I made sure we talked about how to handle misspelling a word, how only one person can win.

But in my heart of hearts, though I’d never admit it, I wondered if he’d win the whole thing. I never said anything, but that kid is full of surprises.

Owen was cool and collected the day of his school-wide bee. All the kids had practiced on stage the day before so it wouldn’t be a shock. When I signed in as a visitor, I felt like throwing up.  How could everyone else be so calm? My tiny little boy was going to be standing in front of hundreds of people!

I thought being on a stage myself was horrifying. It turns out, watching my kids up there is worse.

As the bee progressed, Owen walked from his folding chair up to the microphone each round. He was the shortest kid involved and had to stand on his tippytoes to speak clearly. It was adorable.

I relaxed — barely — as things continued. Then, the pronouncer said: “Moxie.”

You could see Owen’s face fall. He’d never heard that word before, had nothing to go on. My immediate reaction was guilt — we hadn’t practiced moxie. We’d focused on the difficult end of the list. He spelled it out, knowing he was wrong, and then walked to the wings of the stage.

Owen handled it like a champ, not breaking down till he returned to me afterwards, sobbing on my lap.

At piano, big brother Cole had two songs to perform. He bounced his knee and played the notes on his leg, waiting for his turn. He was ready but nervous.

I couldn’t relax or enjoy the other music. My focus was on Cole, making sure he was doing OK. Again, my stomach was in knots. I remembered the recitals of my youth, with the huge audience I’d try to tune out as I’d focus solely on the 88 keys in front of me, never once looking up, not even as the crowd would clap at the end.

Finally it was Cole’s turn. He played "Deck the Halls" first, hitting a chord wrong but muscling through. He didn’t pause before heading into song number two. This is the one he loves, that he selected himself: "Für Elise." A real song.

He’s perfect. Impeccable. Better than he has ever sounded at home. Fast, impossibly fast, but still with nuance and loveliness.

I’m beaming. My boy did it.

I thought being on a stage myself was horrifying. It turns out, watching my kids up there is worse.

All we can do is prepare. And then they knock my socks off. These little ones growing and developing moment by moment, turning into more than I could have ever dreamed.

I try to contain my fears, my own insecurities. I want them to shine, even as I’m terrified watching them climb and jump and dream.

I’m hoping I can let them outpace me over and over again without infecting them with my fears and flaws. For now, I come prepared with Tic Tacs and Dentyne Ice to keep my nerves in check.

If you like this article, please share it! Your clicks keep us alive!
Tags
Spelling Bee
Kids
nerves
mom
performance