Wow I Feel Old: Why Sex And The City Is Now A Period Piece 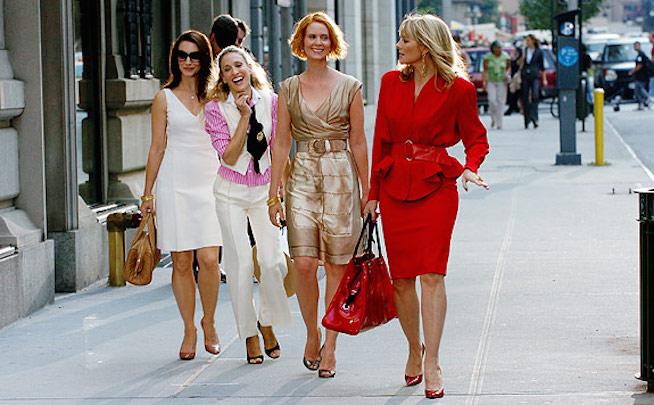 My relationship with SATC has been a lot like dating: It started out with a crush and ended with an eye-roll.

Let’s talk about sex — Sex and the City, that is. (Wink wink, groan groan.)

My relationship with SATC has been a lot like dating: It started out with a crush and ended with an eye-roll. Call me shallow, but the glamour got me at first — the same way that Val Kilmer’s intense blue eyes made my heart go pitter-patter as a tween. When the first Sex and the City film came out, I went to see it with my mom and best friend for a girls’ night…even though I had never seen the show and couldn’t understand (or care) why Carrie and Mr. Big could not get their shit together. My mom, similarly, fell asleep 10 minutes in — but we still ended the night talking about boys over cosmos in a Mexican restaurant (because that’s what human women do in groups, right?).

It was a decent enough first date to warrant a second. Plus, my cool big brother said it was a good show.

I was shy to commit to binge-watching six seasons of girly sitcom, so it took me a long time (eight years?) to finally make a date with my roommate’s DVD collection. Once I did, Sex and the City and I seemed to hit it off. We had some laughs. I even cried when Mr. Big and Carrie broke up the first time (YES it DID remind of MY LIFE, OK?!), and in a moment of weakness I decided which “one I would be” (probably Samantha, if I didn’t know too much about STDs and have a fragile little heart from my time as a Christian teen in an abstinence club).

Yes, SATC and I were a hot item there for a hot second. Then, as these things happen, the spark fizzled. For that obsessive week of binge-watching, I felt fabulous — transported to a glamorous and romantic version of young adulthood in New York City that A) I will never experience even though I have been in New York for my entire young adulthood and B) probably doesn't exist. Like all fever dreams, I came out hazy and cranky with that fuzzy-tongued, I’m-missing-something feeling. Too much champagne. Too much Vogue. Too much “I am woman hear me roar” and not enough “the first American generation not doing as well as their parents.”

The world (and dating) has changed a lot in the almost 20 years since the first episode aired. I wonder: has this iconic franchise actually become a period piece? Has Carrie Bradshaw gone the way of the unicorn?

If SATC came out today, (or if Carrie Bradshaw was on Tinder), which elements would still be fabulous and dateable…and what would be dated?

I’ve compiled a handy list to help us sort through this relevant, emotionally fraught tangle of questions that may be even more confusing than choosing between Aidan and Big.

1. Having an Upper East Side apartment to yourself on a writer’s pay. This is not a thing, Carrie, you dirty liar — unless, of course, you are from a wealthy family, have murdered an old lady for her apartment/stolen someone’s identity, won the housing lottery, or are a New York Times bestselling author (which, I grant you, Carrie becomes). But in real writer life in real New York, Carrie Bradshaw would probably be a 30-something lady with a cat and two roommates she met on Craigslist, sharing a railroad apartment in a food desert in Queens on an unlit block that's a 15-minute walk from the subway with an ongoing cockroach problem and intermittent heat outages. Ask me how I know. La vie boheme, anyone? #therealcarriebradshaw

3. Gay Best Friend. Gay best friend? Really? Carrie and Charlotte both have one: Apparently they were the hot accessories in the late '90s, along with leather chokers and body glitter (hmm, is there a connection there? I wonder…). Might as well throw in a token Black friend and call it diversity. Oh, right, speaking of which …

4. A cast as homogenous as New York isn’t. OK guys, this is a show set in New York City. I realize it’s about four rich White chicks, but come on! I expect this stuff from #oscarssowhite, but not from you, HBO. Oh crap, never mind.

5. Carrie’s shoe closet. An aspiration for fashionistas, perhaps, but off-putting to me for two reasons. First of all, no one in New York City has closets. To portray a New York apartment with a closet is a vicious, offensive lie perpetuated by the media to keep you from opening your eyes to the truth about the world we live in today. And second, how am I supposed to like a character that spends $40,000 on shoes? Sorry Carrie, but I can’t actually hear the sound of your voice during your inspirational monologues about womanhood and independence. Guess it’s muffled by the padding of all your Bloomingdales receipts and privilege. #notbitter

6. Fabulousness. I hate to say this because it’s a downer, but believe it or not, New York City is not all clubbing and shopping and fabulousness. I know, I know — it’s hard to hear. Don’t get me wrong, I adore New York City — It is my longest, most stable romantic relationship so far. But, like any long-term relationship, I’ve seen my girl NYC at her worst: without her makeup on winter days when our slumlord turned off the heat and the subway isn’t running because someone jumped in front of it again. Post-2008 economic meltdown, unless you are the actual 1%, the New York of SATC is extinct.

On the other hand…

1. Four best friends that see each other every week. It’s impossible, probably, but I like it. Sex and the City (and Friends) pretty much set the bar for my friendship fantasy life. But let’s be real: if I see my girlfriends once every six months, that’s pretty amazing for New York. And we even talk about things other than men. Swear to God!

3. A (yes, very schmancy) picture of adulthood and sexuality that health class didn’t cover. I was still in high school when Sex in the City was running, and I remember lots of families in my small town considered it too racy and dangerous for us young'uns to watch. Frankly, I think we can use all the #sexpositivity possible, so why not in entertainment?

4. Tackling the struggles of intimacy. Nowadays, social media and dating apps have revolutionized the way people sex it up — which raises the question: what would Sex and the City look like in 2016? It would probably be four girlfriends slouching at a bar after a long day of unpaid internships, taking selfies with their phones to send to strangers on Tinder and drinking Pabst. How did people even flirt without Facebook and Instagram stalking? Without Hinge? Watch Sex and the City, children, to see how hard life was back in the caveman days when you still had to seduce people in person (Gasp! Faint! Shudder!). Maybe there’s an app for all that now, but I have to believe that the seeking, experimenting, and questioning of adult relationships at the heart of SATC’s formula still resonates even for Gen Y-ers who may not fully understand what’s so wrong about a breakup Post-It note. Golly, ghosting wasn’t even invented then! We’ve truly come a long way.

A lot has changed since Carrie Bradshaw penned her first column, and I doubt I am the only one who has trouble hopping on Sex and the City’s Single and Fabulous Glitter Train. It’s too simple, too shiny, too binary — sure, we all have those days we want a fantasy to escape into, but is it really any fun anymore to watch rich people spend money on shoes? Was it ever?

Oh, Sex and the City. You’re pretty and bubbly and fun and everything, like Barbie, or champagne I can’t afford, but I am sorry to say that it’s in the vintage bin with you — next to parachute pants and the American Dream. You’re officially a period piece, a sequined tutu we put on when we want to play pretend.

So until my next bout of '90s nostalgia, I guess I’ll just put you back in the closet/under-bed-storage-box…next to my tiny pile of $20 shoes.

If you like this article, please share it! Your clicks keep us alive!
Tags
sex in the city
period piece
carrie bradshaw
mr. big 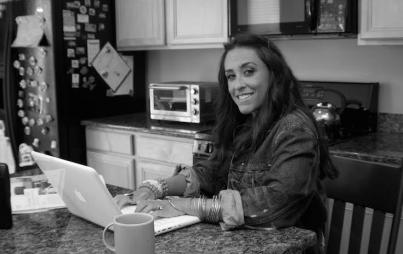 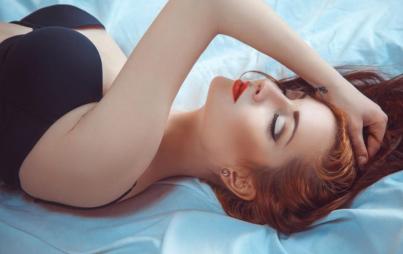 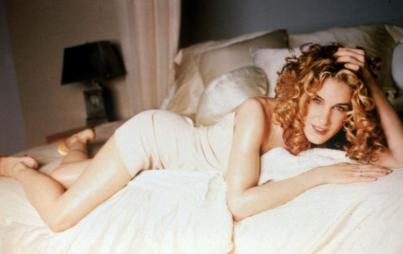 What Carrie Bradshaw's OKCupid Dating Profile Would Look Like 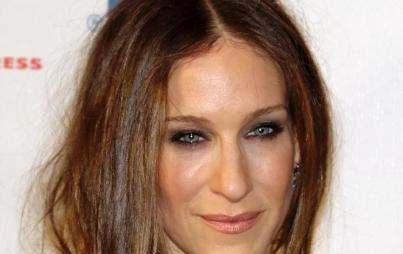 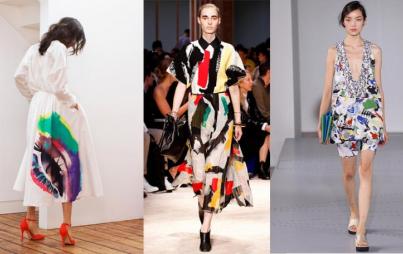 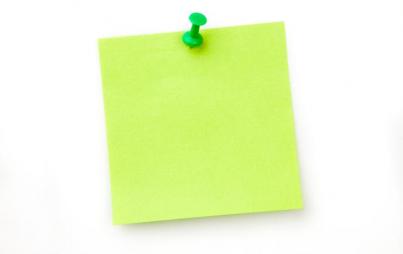