You Aren't Always Entitled To Be Heard, Actually 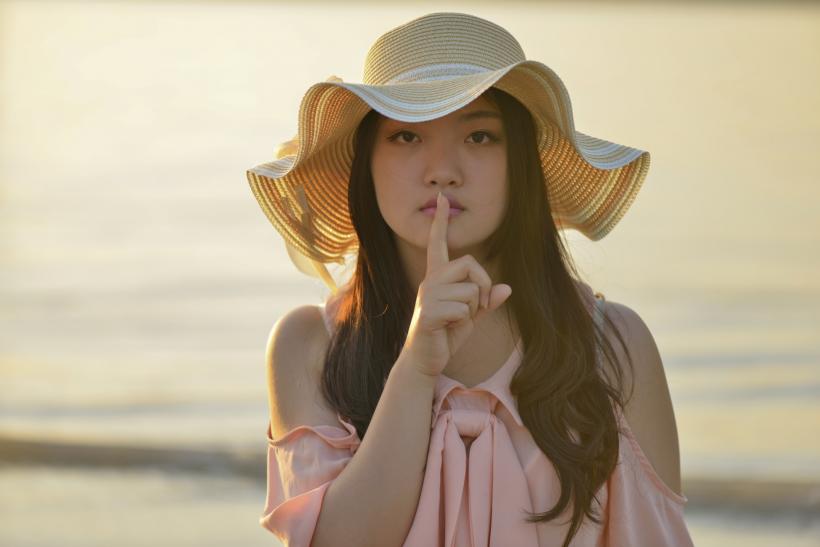 When you’re used to being listened to, you start to think it’s because you’ve done something to deserve it. Image: Thinkstock.

It’s time to shut up and listen.

We hear so much about privilege that just the word makes some people’s eyes glaze over.

Some of us groan and think to ourselves how overhyped it is, how overly sensitive people are these days, or how people just plain don’t understand what it’s like to be on the supposedly “privileged” side of things. These people often unfortunately miss the point — being privileged doesn’t mean, for example, that straight people never get picked on or bullied when it comes to dating. It means you never get picked on or bullied explicitly for being straight.

I come at privilege from an odd angle. I feel like mine exists on some kind of scale where on one side I have quite a bit of it and on the other I find myself lacking. On one pretty major end, I’m white. I’m cisgendered [sic] (my gender identity aligns with the body I was born in), I was raised by two loving parents in an excellent home and I was given the opportunity to attend a good school and obtain a higher education without having to take out tens of thousands of dollars of debt.

On the other, I’m a woman, I’m queer, and I’m fat. So when it comes to the topic of being heard, I feel like I understand both the frustration of someone interjecting where their voice doesn’t belong, and believing that I’m not being heard where I think I ought to be.

Any woman knows how frustrating it is to hear a guy bump into a conversation about feminism or women and ‘mansplain’ the situation for us. Because what we need is a man coming in to make sure we understand why we shouldn’t have access to abortion, health care, or contraceptives, right ladies? Or let us know that the creepy guy who followed us home actually meant well and we should really just give him a break. Or about how not all men are dangerous rapists, so why don’t we give more strangers on the subway a chance?

Nobody likes that guy. That guy is a jerk. That guy doesn’t understand that as women we have a far better grasp on the reality of these situations than they do. We live those situations every day, and it’s exhausting having to waste our time explaining it to people who may sympathize but on their best day can never truly get it.

But on the other end of it, as a white person, as a cisgendered [sic] person, as a person who grew up not wealthy but always with a roof over my head, a family who looked out for me and plenty of food in my belly, there’s an extent to which I feel like I’m entitled to be heard.

Because in a lot of situations I’m listened to. When you’re used to being listened to, you start to think it’s because you’ve done something to deserve it, and maybe sometimes that’s true. It can take an extreme example to open yourself up to the knowledge that sometimes you’re heard simply because of the color of your skin.

I was on a road trip with some friends recently, one of whom wasn’t white. We stopped at a gift shop and she was waiting at a counter to ask the man about a product she wanted to buy. He was helping someone else, so I wandered off to check out some other things. A good chunk of time later I came back and she still hadn’t been helped. I frowned at her, and I barely had a chance to say “What’s taking him so long?” before he stepped up to the counter to ask me what he could help me with.

Me. Not my friend who had been standing there for a minimum of twenty minutes waiting for assistance, but me, the white girl. When I said “You can help my friend here, she’s been waiting,” he apologized to me before helping her out at long last.

And this is really minimal stuff. There are far worse examples out there of scenarios where someone is listened to because they’re white and someone else is ignored because they’re a person of color. But this is an example of the kind of thing that happens to people of color every day, small constants that remind them they’re seen by the world as lesser.

When we’re in a position of privilege, and we feel entitled to be heard, what we’re saying is that our feelings are more important than those who are actually currently being oppressed.

They’re called microagressions, and they don’t take long to build up and erode at someone. Psychologists have long since agreed that many small stressors built up over time can be just as powerful or even stronger than one major issue, and the same holds true for microaggressions on minority groups.

As women, we know this. We hear snide little comments from men every day that rub us the wrong way, even if we can’t quite put our finger on why. It’s not something we can report to our bosses or our friends, but it’s something that makes us feel like we’re being treated as lesser.

Sometimes our being heard in a space we don’t belong in means we’re taking up space that someone else could be using, and that’s never a position we want to put ourselves in. And sometimes feeling like we deserve to be heard over someone else is more a reflection of our guilt and the need to be reassured that we’re a “good” white/cisgendered [sic]/heterosexual/etc person.

With or without our realizing it, we’re putting people who feel attacked in a position where they feel like they have to apologize to us.

In a conversation where a white person has said something disgustingly racist to a friend of mine, I may feel the urge to come up to my friend and say “I am so sorry that just happened to you.” But what I’ve just done is put the burden on my friend to now accept my apology, to shrug off what just happened to them so they can tell me “It’s fine, I’ve heard worse,” or “Don’t worry about it, I’m sure they didn’t mean it.” Why should they have to reassure me?

If I feel like I have to say something, I can say “Boy, that sure was messed up.” I can acknowledge it without making my friend feel like my feelings are more important than theirs. And that’s what it’s really about.

When we’re in a position of privilege, and we feel entitled to be heard, what we’re saying is that our feelings are more important than those who are actually currently being oppressed. There are definitely ways we can use our various levels of privilege to help out communities that don’t have it, but in order to know how to do that, we have to stop talking and do something we’re not always good at: Listen.