Navigating IVF: How We Got Here 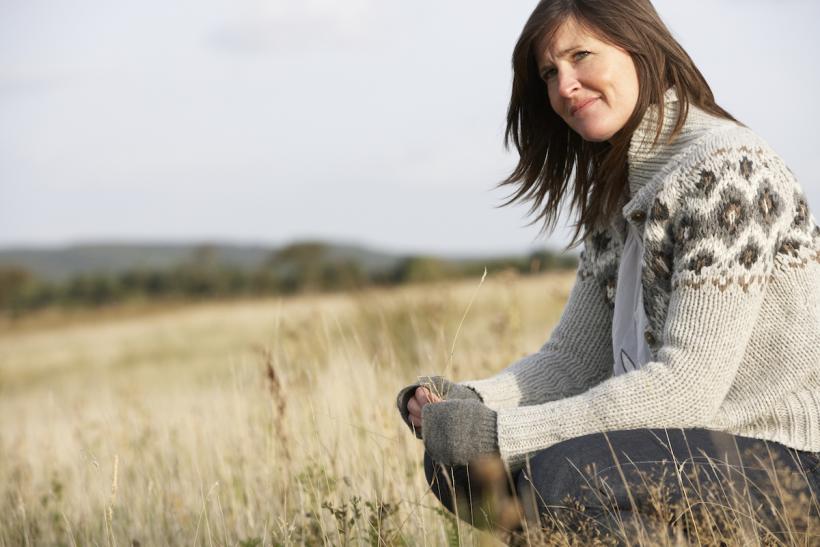 This year, we are moving into uncharted territory. And I’m going to take you with me.

My husband and I have been trying to get pregnant for almost three years and, damn, is typing that out depressing.

I didn’t expect that getting pregnant would be this hard. You have sex, and it happens. I mean, I’ve seen Lifetime movies before. Everyone knows that it happens if you skip a condom even once, especially if you are a teen or in need of a sudden plot twist, you get pregnant INSTANTLY.  Maybe I’m just too old at almost 35 or maybe my life is twisty enough.

Technically, infertility is diagnosed when you’ve tried for one year without success. I am a giant control freak of a person, and impatient to boot, so I booked an appointment to check things out at six months. Thus began the Age of Medical Testing. The testing process for infertility is lengthy. I had blood tests, a Pap smear, ultrasound, contrast dye put in my uterus and Fallopian tubes to check for defects, and probably more that I’m forgetting. My husband also had a semen analysis (which meant I got to drive to the hospital with a cup of sperm in my cleavage. I was so worried I’d get pulled over.)

In our version of Mystery Diagnosis, we got the results back. I have cystic ovaries, and there were some male factor infertility issues. We were not going to conceive without medical assistance. This was a shock because I already have two kids from before this marriage. So while I thought maybe we needed some help, I assumed I’d pop a few pills and take my temperature, and we’d get pregnant in one or two months, tops. Instead, we were given two scary options – intrauterine insemination or in-vitro fertilization.

Both were invasive and expensive.

But we really want a kid.

So we talked about it for a few days. I was ready to start doing things that day, but my husband was a little uncertain about the idea of reproductive medicine. We had a lot of in-depth discussions about pregnancy and child rearing in general. While I don’t recommend the whole infertility thing (zero stars on Yelp from me), the talking was helpful. We developed a better understanding of our stances on topics that aren’t always discussed. I know where my husband draws the line on genetic testing, and he knows where I stand on things like pregnancy termination for medical reasons. And those stances still aren’t the same, but we know what we would do in a situation like that.

We decided to do intrauterine insemination (IUI). IUI is a process in which a catheter is placed into your uterus, through your cervix. Then, sperm is put there. This happens, of course, when you are ovulating, or it would be a weird torture rather than a medical procedure. I say torture because I was #blessed with a stubborn cervix. Everything hurt and I was sure I was dying during most of the procedures. Leading up to IUI, there are some different things you can do. We tried Clomid and Femara (at separate times) to stimulate my egg production, and then used a shot of HCG, a pregnancy hormone, to trigger ovulation at the right moment. I also had follicle studies in the mix, to check the size of my eggs and the lining of my uterus (and other things that I cannot recall).

If you told me that I would have to dance naked in the moonlight to get pregnant, I probably would have tried. I mean, does that work? What phase of the moon should it be?

We found out we were pregnant in October of 2015. We were, of course, ecstatic. But my blood test numbers were weird. And so, I did many blood tests and then some progesterone shots, because my progesterone was lower than it should have been.

In November, at work, I started to bleed. I work in an OB unit, and while that has sucked at times during this infertility stuff, it was a great place to be during this. Everyone knew what to do, and one of the doctors I work with got me in immediately for the world’s most painful ultrasound and an appointment. I was still pregnant, but the pregnancy was ectopic, and there was no saving it. You can read about that here.

Although the loss was devastating, the analytical part of me, went, “Okay, but at least we know that this works. As soon as we can try again, we’ll get pregnant right away.”

Now we had another diagnosis to add. Unexplained infertility.

Meanwhile, all around me, people were getting pregnant. Easily. Momentarily. Without even trying. Close friends. Relatives. Patients that I had seen with their first baby were coming in with their second one. And the weight of all of my jealousy and sadness and rage was, and still is, excruciating. I hid pregnant people from my Facebook feed. I averted my eyes from new babies in stores, or from pregnant bellies.  Why did these people deserve this and we didn’t?

I got desperate and tried everything. I pride myself on being evidence based, but I bought some crystal bracelet that supposedly would help with fertility. I stopped consuming caffeine and wine. I drank fertility tea. I took supplements. I had essential oil therapy. I reduced my carbs to basically nothing. If you told me that I would have to dance naked in the moonlight to get pregnant, I probably would have tried. I mean, does that work? What phase of the moon should it be?

And I’m going to take you with me. I’ll be documenting the good, the bad, and the ugly through this column, through Twitter, and through Instagram.

And hopefully it will end with a baby, but it might not.

It might end in so much sadness, and I’ll document that too because infertility strikes so many families, and even though the Internet has made it a little better talked about, people still side eye me when I mention it.

If you have any questions, feel free to tweet me (@IVFSteph), and I’ll try to answer them or direct you to someone that can. I’m excited to take you on this journey with me.

If you like this article, please share it! Your clicks keep us alive!
Tags
infertility
secondary infertility
ivf
IUI
fertility
in vitro fertilization
ectopic pregnancy
miscarriage