The Sweet Bliss Of The Toddler Drop-Off 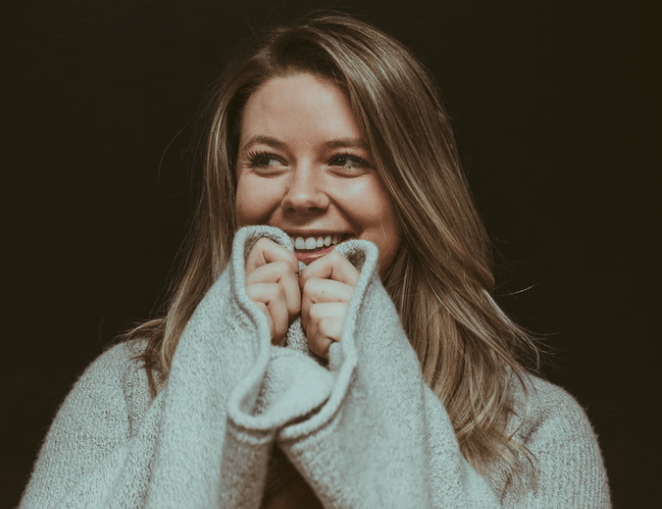 There is no toddler pulling at my arm, spitting unwanted food to the ground, or whining, or howling, or any of the other myriad challenges that come with taking your child — well, anywhere.

I sit at a reclaimed wooden table in a coffee shop, "Don’t Fear the Reaper" spills from a speaker above my head. The café is in the middle of Seattle in a neighborhood touted as the Center of the Universe.

It may not be. I’m skeptical. But it is a divine respite from motherhood. So, in a way, it is the center of my universe. I just dropped my two-and-a-half-year-old off at preschool. Let me say that again: I DROPPED HER OFF. I kissed and cuddled and hugged and reassured. And then I left. The door closed behind me, and I felt giddy. I wanted to skip. I did skip. Bonus points to the tot who didn’t cry as I turned my back and walked away.

I have been waiting for this for thirty months. My daughter was colicky. So colicky. The pediatrician promised: it will get better at four months, seven months, nine months, a year. Well, it took about a year for her to chill out, for her to reserve her tears for needed causes. But the nerves in my eyeballs and ears had already frayed. I decided then there would not be another baby. My daughter would be an only child. I couldn’t do it again.

Shortly after she was born, I returned to work. A few months later, I quit. The commute too long. The pay too little. I never planned to be a stay-at-home mother. Still, having been maternal and drawn to children before I gave birth, I thought I’d have no problem filling in the doting, caring role of mother to an infant.

Instead, I cried when I woke up in the morning, begging my husband not to leave me with this creature. In the throes of my daughter’s torrential day-long crying jags, I thought dreamily of handing her off and walking away. I did not have willing or able family nearby to help. I was with my daughter all day, every day. And night. My husband is a great one. Fully present in fatherhood when he is home, but he is gone for ten hours a day during the week. Those were excruciating long hours. I would count down the minutes until he came back home.

Aside from the ring on my finger, it could be ten years ago, before husband, before child. I'm just another writer writing words, taking notes, guzzling coffee.

Relief began as a mom-and-me gymnastics class. I was given a slight reprieve when a teacher/coach helped my daughter in some bending, folding, or jumping task. I could momentarily gaze into the distance, my eyes growing fuzzy, a false suspension of parental duties. But that lasted, at most, two minutes.

The next step was the drop-off gymnastics class. My daughter graduated! I had to stay in the building, but for forty-five minutes I sat on the bleachers with a book, a glorious and immersive narrative that was not my own. I occasionally looked up when my girl shouted “Mommy, mommy! Look at me!” And I did. I was still watching. My daughter was still in the same building. But it was a step towards something bigger, more incredible, something akin to freedom. It was something all parents deserve — time to oneself. A reprieve from the all-encompassing skin of parenthood.

And now, I can do that. There is no greater gift than the drop-off. I realize the ability to enroll my child in a school or similar program is not available to everyone. It is unfortunate that the cost of childcare has become exorbitant and often only available to those with the money to take advantage of it. I myself am only able to do this with the financial help of my extended family.

Slightly guilty but still elated, I leave the drop-off with a spring in my step. I don't go far, only a few blocks away. My daughter will be in school for a few hours. But it's enough. Someone else’s eyes are on her, to ensure safety. To ensure happiness. I can do anything I want.

Two years is a long time to wait to be rewarded with this luxury. Should I write? Eat? Run? Sleep? Grocery shop?

I can close my eyes for just a moment and savor that sunshine orange behind my eyelids. Because my eyes don’t have to be “on,” in that state of constant vigilance, which is tiring in a way many don’t understand or anticipate.

I settle on a coffee shop. I write these words. And others. It feels like an inordinate amount of time. I eat my muffin slowly. I sip my mocha. No one that I am responsible for will be erupting. Not here. Not now. Aside from the ring on my finger, it could be ten years ago, before husband, before child. I’m just another writer writing words, taking notes, guzzling coffee. No one here knows I am a mother. But I know. And then I notice that I only have five minutes to pack up, finish my treats, and head back to pick up my daughter.

I haven’t missed her in these 180 minutes. But as I open the door to the outside play enclosure, my daughter sees me from across the playground. Her toothy smile wide, she abandons her play grocery cart. She runs toward me in her sweet toddler/velociraptor gait. I am sure I am mirroring her tremendous smile as she falls into my arms. Here’s what I know: I am a better mother now than I was when I dropped her off.

If you like this article, please share it! Your clicks keep us alive!
Tags
toddlers
parenting
parental stress
pre-school
daycare