Ask Erin: I’m Still Insecure After 4 Years Of Marriage; Is There Something Wrong Here? 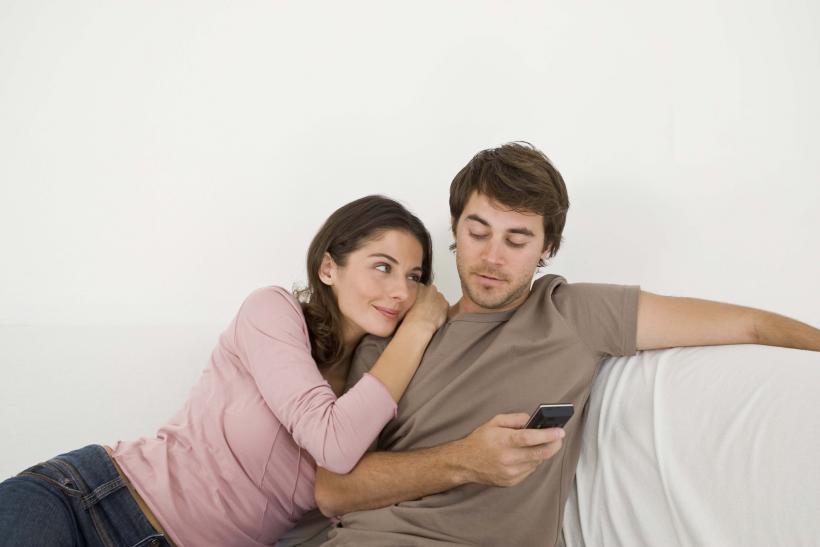 Lots of sexy talk, not a lot of action.

She’s made all the mistakes, so you don’t have to... Ask Erin is a weekly advice column, in which Erin answers your burning questions about anything at all.

My partner and I have been living together for four years. We come from a past of cheating on our failed marriages with each other. We have promised each other that we will not cheat on each other because we both felt that it was wrong for us to do that in the beginning, we are both grown ups, and if we are unhappy, then we would split up before being unfaithful.

That being said, he is extremely flirtatious and extroverted, whereas I'm introverted and keep to myself. I am also extremely sexually attracted to my partner, and he likes to talk the talk but never has an interest in sex with me. He always has an excuse and sometimes when we've been flirting a lot (me hoping to score), he’ll tell me that he took care of his needs himself.

I'm always left hot and bothered and left to take care of myself. He tells me how much he loves me and how attracted he is to me and how he loves to go down on me, but he just never wants to be physical with me. I'm always wondering if there's someone else because I don't seem to be a priority to him.

I love him very much, but I also need to be physically satisfied more than 2-4 times per month. I know it sounds petty, but it seems he has all the time in the world for all the ladies in his social media rather than with me. He is constantly on his phone, whether it's Facebook or someone is calling or texting him. If his phone goes off when we are making out, he loses his erection and can't finish. I'm so horny and lonely, and I have spoken to him about this, and he just blames his antidepressant and reminds me that he's approaching 50.

I don't understand, don't most men want a woman who is always hot for them? I have no intentions of looking outside of my relationship, but I'm just wondering is there something wrong with him or me?

I hate to be the one to tell you this, but in my experience, most relationships that begin in infidelity don’t last.

That doesn’t mean that it’s impossible, but when you’re starting something out on a foundation of lying and cheating, it’s a fair bet that one of you will question the other later on down the road.

Now, what concerns me more than my theory is your husband’s behavior. He may, as you pointed out, talk the talk, but his actions make his words misleading. I would probably be insecure too if I were in a marriage like yours.

Is he cheating? I don’t know, but his behavior is troubling.

It’s a red flag that your husband is more engulfed in his phone than in you.

First, you need to sit your husband down and let him know, precisely and clearly, what is troubling you and why. I think being honest about your needs is essential. If he is willing to do it, a therapist might be a good call to help the two of you sort out what you want and need from each other, and how to communicate better about what’s going on.

You are not unreasonable for wanting more intimacy than two to four times per month. Do patterns of intimacy fluctuate in long-term relationships? Yes. But, extended periods of dissatisfaction will only lead the relationship in the wrong direction. If he is not open to working on this, you may need to reconsider this marriage.

Life's too short to volunteer for unhappiness.

If you have a question for me about relationships, breakups, boundaries, sex, blood oranges, La Trêve, Chiastolite, or anything at all, use the contact form below or email me at rarelywrongerin@gmail.com. As always, your anonymity is golden. xoxo