Ask Erin: Am I Overreacting To My Fiancee’s Friendship With Another Guy? 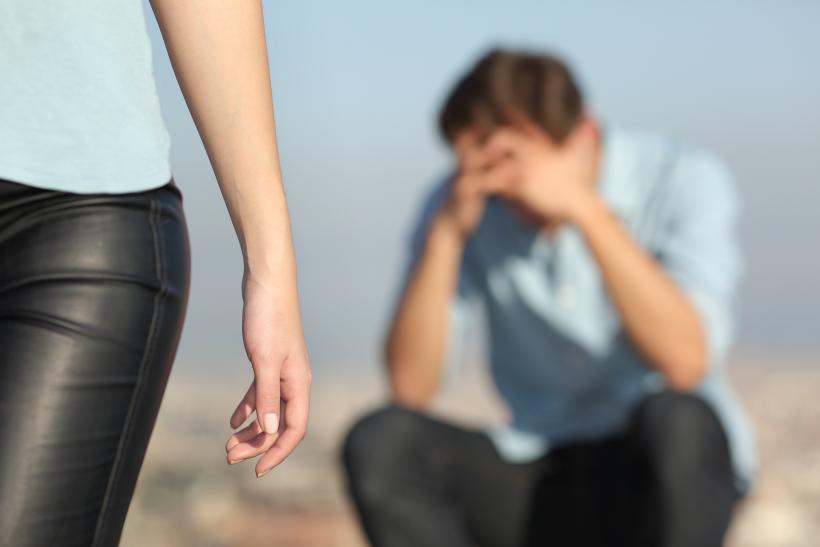 Is this platonic friendship more important than our relationship?

I have been with my fiancée for almost five years. We own a house together and have a 19-month-old son. My fiancée has a male friend whom she's been friends with for ten years. To be honest, I never really liked the fact that she has a heterosexual, attractive male friend. For four and a half years, I've been supportive of their friendship — but always observant.

They have gone out for lunches, drinks, and she goes to his house alone to buy marijuana. Their friendship began with their love of weed and partying, as many do in one's early 20s. She sold weed for him, and they lived together for two years.

When I first started dating my fiancée, I asked her if they've had anything more than a friendship. She said, “No, absolutely not.” She said she has always seen him as a friend and often refers to him as her kindred spirit.

About a month ago, I was cleaning out our basement, and I stumbled upon an old diary of hers from ten years ago. I began reading it and saw that she wrote about possibly having a crush on him and that she wasn't sure what kind of relationship she wanted with him.

They then have a really bad break up resulting in the police getting involved and him being under house arrest for domestic violence. He claims he did nothing and that she's crazy.

So anyways, back to my fiancée and him. She was recently over at his place around 10 p.m. buying weed, and he was telling her about his sexcapades and dead cat — and then accidentally showed her a dick pic.

A few days later, I told her that I am uncomfortable with their relationship and would prefer if she didn't go to his house alone anymore.

She has (to my knowledge) respected that and has stopped, but she's been extremely resentful and ultimately wants me to just allow her to have their old relationship. I asked her if I developed a friendship like this would she be comfortable with it? She said, “No, I don't want you having girlfriends where you go do stuff alone, even if it's just platonic.”

My question is — should I stick to my guns, or am I overreacting? If she does decide this friendship is too important to let go, should I start having girlfriends?

I am not one of those people who believes that platonic friendship cannot exist between heterosexual men and women. I have had deep and meaningful friendships with men that never exited the friend zone.

Now, her crush on him from ten years ago is pretty irrelevant today.

(Side note: I know how tempting it is, but don’t read the diary, dude.)

I have had romantic relationships with men who I am now strictly friends with, and there is no blurry area there. So, it is plausible to me that a once-upon-a-time crush doesn't hold that sway now.

I’m curious about how long ago the silly/provocative photos were taken because that is relevant. "Al's" current/past relationship drama and swinging, however, is irrelevant. The domestic violence part is concerning. If he is under house arrest, it leads me to believe that there is some evidence of his wrongdoing. So, I would be concerned if my fiancé were hanging out with someone currently under house arrest for DV.

All of this said, here’s what worries me: She has a double-standard regarding friendships of the opposite sex. (Although one could argue that a decade-long friendship is different than actively seeking out a platonic, opposite-sex friendship now.)

Also, and more importantly, neither of you are happy with how things stand at the moment.

She is resentful, and so are you. You need to have a calm and rational conversation with each other about what you need. This standstill is not working. And, you starting friendships with other women to spite her is not a productive solution.

Lastly, there is a 19-month-old child here.

Both of you need a reminder that weed and/or friendships should NOT be coming before your family.

If you have a question for me about relationships, boundaries, friendship, sex, contraception, Joy Division, Larimar, Call My Agent, or anything at all, use the contact form below or email me at rarelywrongerin@gmail.com. As always, your anonymity is golden. xoxo

If you like this article, please share it! Your clicks keep us alive!
Tags
Ask Erin
advice
Relationships
platonic relationships
boundaries
platonic