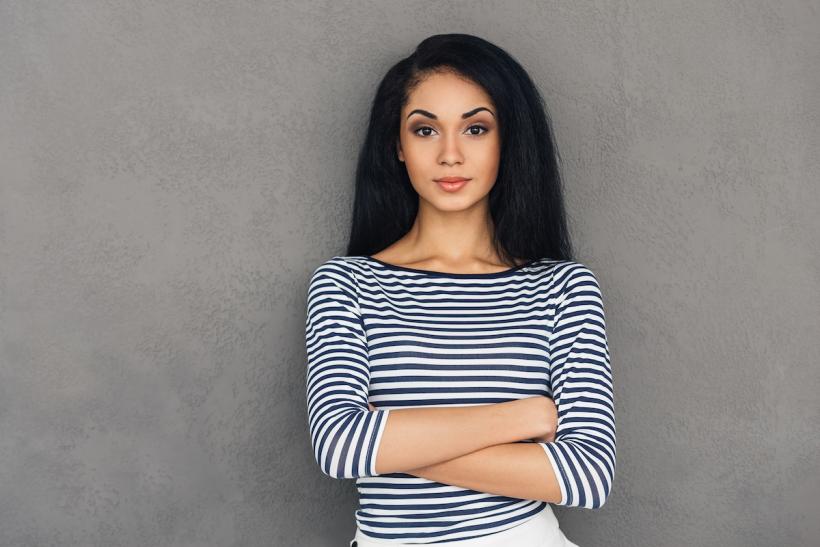 To make it work with methods that aren’t as conventional or effective (which most nonhormonal methods are not), you have to make a game plan and stick to it.

I first went on birth control when I was 17. I wasn’t sexually active yet, but I knew that I would likely be shortly and wanted to be prepared before there could even be a chance of a possible pregnancy. So, I did what a responsible, educated teen girl would do: I visited my gynecologist and got on an LARC method — specifically, the implant.

I was happy with my choice of method, since the implant wasn’t very invasive, had relatively easy insertion, was long-lasting, and had a 99% efficacy rate. I was so happy with it, I stuck with this method for four years.

However, things started to be a bit less comfortable around year four: I had gotten my implant replaced once before it was due to be replaced (the implant lasts up to three years) because it was giving me heavy periods. Replacing it seemed to do the trick, but after about a year of being on the second implant, I was getting periods again. I chose this method in part because it’s known to decrease or stop menstruating altogether. I’m not one of those people who is paranoid about being pregnant, so not having to bleed out of my vagina every month sounded like a very appealing option to me.

Unfortunately, it seemed it wasn't in the cards for me, since both times, a year after insertion, I started to bleed again.

Around this same time, I began to see my mental health go completely downhill.

This led me to seek out a psychiatrist, who raised an interesting concern: she thought my birth control was messing with my depression.

It’s not like I hadn’t been aware of the link between hormonal contraception and depression before, but it never occurred to me that these two personal realities could be connected.

At first, I was skeptical and resistant, since I’d been depressed long before I’d ever gone on birth control. But, since I was already having two-week periods and looking into getting my implant removed, I figured I would see how I felt once I went off of it. I wasn’t in a relationship, and even though I was actively dating, sex wasn’t something happening consistently. However, it’s not like it wasn’t happening at all.

I bit the bullet and decided to see what life was like without being on hormonal birth control and took steps to get my implant removed. After a few weeks had gone by, I was, quite frankly, amazed.

I couldn’t believe how great I felt, being hormone free.

I felt a difference in my day-to-day mood and was impressed that my psychiatrist might actually know what she was talking about. As a bonus, my periods also returned to a normal state, which may have still not been 100% ideal, but was a lot better than the alternative.

The problem? Well, avoiding pregnancy. As I previously mentioned, I am having sex, do plan to pursue a serious relationship sooner rather than later, and don’t plan to add offspring to the picture anytime soon. Plus, I’m in my early twenties, so it’s not like I’m anywhere near out of the fertility zone.

Looking into the non-hormonal options was my obvious next step, but, as I had sadly suspected, the options were bleak. It seemed the only feasible methods that don’t include any hormones and are very effective, and that would be something of interest to me (i.e. things that don’t involve inserting something into my vagina — no bueno), were the copper IUD and condoms. I didn’t mention that I have a metal allergy, so that ruled out the IUD. That left condoms.

This issue isn’t personal only to me, however, as many women are in the same boat as I am.

The lack of availability of contraception that isn’t hormonally-based is a huge problem in reproductive health in general.

In fact, there is a disparity even with research on this issue, as evidenced by a study published in The Journal of Family Planning and Reproductive Health on satisfaction rates of various contraceptive methods. It found that when researchers try to understand why women stop using different birth control methods, their scales are very rigid and don’t allow for the real diversity of women’s experiences.

Not to mention, women have to deal with the many side-effects that come along with hormonal methods. Depression isn’t the only well-documented problem that often comes with hormonal birth control; there’s also a lot of data to back up the common complaints of lowered libido, irregular periods, and anxiety.

So how do women like us — who can't, shouldn't, or just don’t want to be on hormones — approach contraception?

First, talk to your doctor(s) about your options and individual needs. They’ll be able to give you more one on one advice. Also, make sure you’re talking to all of your doctors and medical professionals you work with, not just your gyno; there are a lot of other aspects of the body and mind that contraception can interfere with.

Secondly, do your own research. Start to learn and understand your body's individual needs and figure out what will work best for you —  and stick to it. Don’t subject yourself to a method that isn’t jiving with you mentally or physically, but also make sure you’re doing everything in your power to create the health outcomes you want (like not getting pregnant, if you’re not ready for a baby).

Third, and probably most importantly, figure out a game plan and stick to it. For me, this has meant deciding to use male condoms as my contraceptive method, no exceptions. Trust me, there are plenty of men who don’t like to use condoms, or even won’t use condoms —  and that’s within their right. Just like I have a right to demand that in my sexual experiences, they have a right to deny it. It’s not really ideal for me either in a lot of ways, but it’s better than the alternative.

Similarly, to make it work with methods that aren’t as conventional or effective (which most nonhormonal methods are not), you have to make a game plan and stick to it. No, it won’t always be easy, no it won’t always be fun, and yes, it might sometimes mean not being compatible with potential partners. But, it means honoring you, your body, and your health. Nothing is worth compromising that.

If you like this article, please share it! Your clicks keep us alive!
Tags
mental health
Depression
birth control
IUD
Contraception
condoms