I’m Not The Only One Who Lost Faith 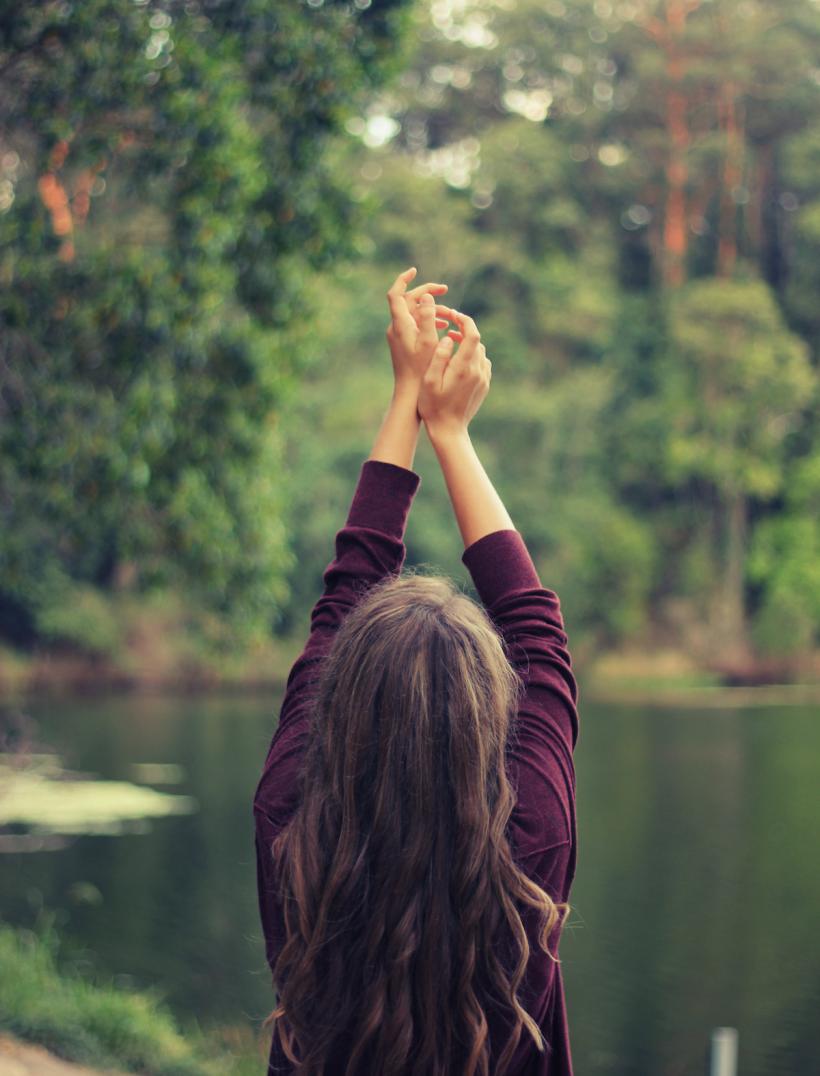 I learned years later that my mother went to the church for guidance.

Why wouldn’t she? She was part of that congregation, and her parents attended as well. It’s only natural that she should bring a difficult family problem to her community of faith for input — but wait. The problem involved her family and the church and potentially criminal behavior that could cause scandal.

Was it still appropriate to rely upon the elders of the church as guides?

When I was in my early twenties, rebuilding a long-broken relationship with my mother after years of tension and distance, she told me that she went to the church for guidance. She told the church elder, that I, her daughter, had accused the pastor — also her husband — of child sexual abuse. She said he had advised her against pursuing the matter; I probably made it up. After all, they’d never had any allegations or complaints of sexual misconduct about him from children before. (Only from single women or divorced women, and well, children aren’t any more trustworthy than they are.)

When I was little, I never wanted to go to Sunday school. I wanted to go to “big church” with my grandmother. I promised not to fidget and to say all the words when I was supposed to and stand and sit according to cue. I loved the vaulted ceilings and stained glass and how the whole building was built in the shape of a cross. The transparent windows on the sides of the church let in the light and green from the valley beyond the walls. I felt held by nature in that room, surrounded by magnificence. Sunday school was in a stupid classroom. In a basement even. I didn’t find that inspiring and I was told I was supposed to find church inspiring. I didn’t want to settle for lessons. The big church made me feel God.

Among other things, my abuse history is a source of wisdom, a source of solidarity with other feminists and survivors. And we are legion.

And I loved the sound of our pastor’s voice as a child, too. He was sometimes booming and sometimes thoughtful, quiet for emphasis. When we all went outside after the service, people stood in line to shake hands with him. I guess we did too, but I don’t remember shaking his hand. I remember being eager to get my cup of punch and cookies and lean against the railing out of the crowd so I could watch him and yet be removed. He was charming, and from the responses of the adults I could see at that distance, he was also funny. They seemed struck by his celebrity. He had authored a few books and held the largest congregation in the state rapt each week.  That’s how I felt too, awed and yet familiar. My parents divorced when I was eight; and when my mother announced that she would marry him, I was ten. I thought it was one of the best things to ever happen to me.

But this essay is about my mother.

I left home early because, after three years of abuse and finding the courage and outrage to accuse him, she looked for guidance in the church (among other places). And then she stayed married to him another eight years.

I found my own way. I learned via women's survivor-support groups, and then activism, that others had been sexually abused by clergy and not believed. So many others. Once the shame of sexual abuse is gone, and the talking becomes easier, the pattern of who abuses and with what protection becomes very apparent. People who are surprised at the data on women’s sexual abuse and assault — people who think they don’t know women who’ve been sexually abused — they just haven’t learned to listen. Or they protect abusers more than they believe so no one’s talking.

So common and intricately woven is clergy abuse and incest, I found myself on a date a few years back, and without much conversation at all, we realized that our abusers knew one another. They were both clergy. Abuse is a profound experience, to be sure, and also one I learned to discuss, and then write about so that we can all come to see it as a cultural issue that must be addressed collectively. Among other things, my abuse history is a source of wisdom, a source of solidarity with other feminists and survivors. And we are legion.

My family’s religion was one of the larger, more mainstream and progressive Christian faiths. What their counsel offered my mother was a basic misogynist interpretation of how children should be protected, who was credible, what should be believed and when. A lot of children had it much worse growing up, sexually abused in their faith communities. A lot worse. I found my way, both through the personal sense-making of family and faith, and also through a sense of social responsibility to talk about incest, to talk and write about misogyny and child abuse. But this essay is about my mother.

My mom attended church growing up. Her mother took her every week, and her mother became my link to the church as well. By the time my mother was an adult, she wasn’t a Sunday morning regular, though she still counted herself among the congregation. As a pastor’s wife, however, she was dutiful. We lived in the parsonage during part of my youth and wow, when they own your house, the parishioners sure feel like they own your time. My mother was gracious (if privately complaining) when church people dropped by unannounced. Around the time of my incest disclosure, my mom’s church attendance dropped off, much as mine had around the time the abuse started. I couldn’t hear him the same way anymore. Was it that way for her? She didn’t force my attendance, and my step-father didn’t force hers.

Women have not, in large numbers, taken up arms against the misogyny of their Christian churches, but I feel sure many have built barricades. And those barricades protect and isolate them, yet leave religious misogyny unharmed.

After the divorce, she felt that church — the whole denomination, it seemed — was no longer her place. To my knowledge, she never attended another service at that church. She didn’t even go for my step-father’s funeral. His other wives would be there, and all of those church people. I understood why she didn’t want to go. Not to mention, she wasn’t invited, though she stood by him all those years. I can’t know what horrors the other wives stood by to watch. Chances are, they all count themselves long-suffering.

I gave her estrangement from the church little thought through most of my life. Sexist hypocrites, I thought in my youth. Better she’s away from that stuff. And then time gave way to a more complex view. My life and spiritual/religious pursuits have broadened, but it seems hers haven’t. She watches church on television every Sunday.  Early on it was Jerry Falwell, Billy Graham, Oral Roberts. Now she’s a fan of Joel Osteen. Her faith is the same, but her faith community is no longer tangible, local. And now that she’s 80, I’m pondering what she’s lost.

In my youth, our church was a place of liberal political pride for me. Jesus was a role model for helping others. The man who sexually abused me also spoke eloquently of Christian generosity. He welcomed draft resisters to the church during the Vietnam War. He was an intellectual who introduced me to Virginia Wolf, even as he seemed to feel entitled to sexual access to all women — and children who looked like women, like me. And the church knew. Of course they did. The church moved him frequently from one parish to another, a strategy I recognize now as crisis management. Keep quiet, and we’ll take the problem away, only to give the problem to a new community. This is part of how abusers end up affecting so many, across such vast geography at times.

The church may not have condoned his behavior, but they certainly stood by him. Just like my mother did.

I asked her recently what her desires were for her own end of life. She became upset discussing it — not just because imagining one’s death can be challenging. It seemed to me the hardest part was deciding where I should hold a service for her. She did not want her life remembered and discussed in that church, and yet, that’s where her parents and brothers before her were celebrated. I navigated the conversation as best I could, upon hearing her indecision, but then wept later at her involuntary displacement. My own departure from the church felt more voluntary, and it happened earlier in my life. She had tried to stay, and found it too inhospitable in the end, even after such effort.

I lost one home but built others. My faith has become a combination of Buddhist practice and connection to Christian social justice and peace work. I am both at home, and still somewhat guarded in Christian settings. Quaker services are most comfortable to me — sort of a Buddhist-Christian combo, to my mind. No one person in authority.

I am thinking of Catholic Peaceworker Dorothy Day’s comment on the political-personal schism when she said, “There must be a disarmament of the heart.” My mother is aging, and I am wondering less about her armaments against a faith community that betrayed us than about the barricades she has built. She seems to have no weapons whatsoever. She doesn’t speak or write as I do about these events. She remains a silent non-participant.

Women have not, in large numbers, taken up arms against the misogyny of their Christian churches, but I feel sure many have built barricades. And those barricades protect and isolate them, yet leave religious misogyny unharmed.

This is the question I hold: How might those who love deeply flawed institutions change them for the better without becoming martyrs to the cause?

At the end of life, the possibility of dropping barriers seems simply too much for people like my mother. And too, the fortress is isolating. It’s amazing that more women have not walled off both men and churches. But just as my childhood “big church” experiences taught me, there’s more inspiring and holding us in awe than just the men talking. There’s the light, the green trees, the sway and song of the people. Maybe that’s why those televangelists have such a following. They’re images on the other side of a glass, still carrying the symbols and words of faith and hope.