There's Good Evidence That The Anti-Vaccine Movement Is Growing 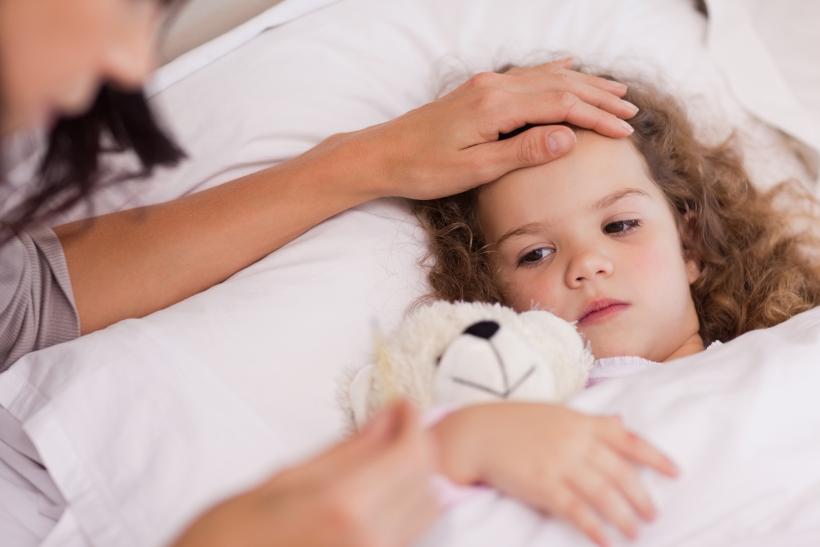 'Pox parties' are still around, but they're much more secretive than they used to be.

There’s good evidence the anti-vaccine movement is growing. According to a small survey done by the American Academy of Pediatrics, 87% of pediatricians reported experiencing vaccine refusal in 2013, up from 74.5% of doctors in 2006. In fact, 73.1% had parents refuse vaccines because they believed them to be unnecessary, up from 63.4%. That’s an enormous jump in just seven years.

These doctors, concluded the surveyers, believed vaccine-refusing parents increasingly believed the immunizations were not necessary.

That belief is commonly held with the vaccine for varicella, or chicken pox. Though the CDC reports that 91% of 19 - 35-month-olds receive the vaccine — the earliest the first booster can be given — that leaves a whopping 9% unvaccinated. The vaccine is required for all children entering school (either one or two doses). All but four states allow refusal for religious purposes, and 19 states allow philosophical exemptions. Famous alternative practitioner Dr. Mercola recommends against the vaccine, claiming it’s causing a shingle epidemic. Some people claim there isn’t enough evidence to show the vaccine actually prevents the disease, and that there’s no good evidence of what the longterm effects may be.

One solution? Have a pox party.

Pox parties were common before the vaccine, when many saw the disease as a childhood rite of passage. 35-year-old Patrick Blake recalls that, when he was four, a child with chicken pox was allowed back at school so other children would be infected. When he himself came down with the disease, neighborhood kids came over “as well-wishers.”

His words echo current anti-vaxxers when he says that, “According to old folks in my town, if you get chicken pox when you're younger it's not as bad, so even in the country that was just common.”

40-year-old Melissa Rowlett gives a good idea about what happened: “It wasn’t really a party,” she says. “Cousins and friends all coming by to play with me and scratching my itches … I wanted anyone that was willing to scratch me or rub me with calamine lotion.”

It’s now more than 20 years since the vaccine came out, and parents are still relying on pox parties to get their kids immunity to chicken pox. But pox parties have gone deeply underground, particularly after a Plano, Texas mother had a visit from social services for intentionally infecting her children.

The general idea was the same, but the kids came to 30-year-old Carolyn Jordan, who was otherwise fully vaccinated. She was infected, and broken out in bumps the day after they went to a major theme park. “I did remember the parents laughing about how I broke out with the pox bumps the day after … ‘cause you are super contagious right before the bumps.” Otherwise, she says, she didn’t see anything strange about the events. Neither did any of the pox party participants, though every one of them has now vaccinated their children against varicella. It seems the parties were a way of assuring the kids contracted it while young, before it became more likely complications would set it — including brain inflammation and bacterial infections.

But with the vaccine available, it seems reasonable to assume pox parties would stop. After all, chicken pox caused 4 million cases a year, with all the missed work and sleep and misery that entails; about 10,600 hospitalizations for things like the aforementioned brain inflammation; and 100-150 deaths.

It’s not the rite of passage people thought, and the vaccine was licensed for use in the U.S. in 1995. Rowlett and Jordan, both positive about their own infections, have fully vaccinated children. However, less than ten years after the vaccine became available, people were still throwing pox parties, including non-vaxing parent Dawn del Rossi.

It’s now more than 20 years since the vaccine came out, and parents are still relying on pox parties to get their kids immunity to chicken pox. But pox parties have gone deeply underground, particularly after a Plano, Texas mother had a visit from social services for intentionally infecting her children. There’s also suspicion that if a child gets seriously ill or dies, the hosting parents could face criminal liability, claims a local Plano attorney.

Non-vaxing mom Jackie, who refuses to give her last name, citing worries about future job prospects for her and her husband, and the fact that she could begin vaccinating at any time, says, “I had it, I survived.” She says she would attend a pox party if invited, she doesn’t vaccinate, and she’d “rather him get it as a kid than as an adult" — the usual reasons.

Mom Susanne also doesn’t want her last name used because “it’s a touchy subject, and I don’t want hate mail.” She doesn’t recall how she got her chicken pox, but she’ll be attending a pox party if the situation arises, “when [her kids are] a little older.” She notes, however, that she’s already been invited.

She’s one of the few that have been invited. Pox party invites seem to lurk in secret Facebook groups, to which only the trusted are added. You have to be in the local Holistic Moms group, for example, for one mother in the know to add you, and then you get vetted by the pox party group admins — and found wanting, in the case of Rebecca Cartibiano, who never was admitted to the secret group that covers both Carolinas. She’s been invited to two pox parties, and never attended.

“It’s very hard to find pox,” says mom Michelle, who cites people contacting Social Services as reason enough not to give her last name. Her life, she says, is hard enough as it is. “I’ve only known of three get-togethers in fourteen years of looking, and for each of those, I was pregnant or had a young baby. One of the moms I know traveled out of state three times, three different exposures before the kids finally got chicken pox. This apparently isn't unusual.”

It seems like you need a combination of good luck and Facebook connections to find a pox party, or else a local outbreak that makes it practical to hold one. Only trusted anti-vaxxers are invited.

With the rise of the anti-vaccination movement, and the coordination possible through Facebook, the number of pox parties available can only grow. Unfortunately, contracting the disease comes with all the risks of chicken pox, up to and including death. Vaccine risks, on the other hand, are low, and include contracting a mild version of the chicken pox (1 in 25); fever; febrile seizure (very rare); or pneumonia (also very rare).

Pox parties are still out there. Pinterest includes a pin on “How to Prep for a Pox Party” from Growing up Herbal: Canadian Family asks about “The Pros and Cons of Holding a Pox Party for Your Preschooler.”

"If any of you are choosing not to give your child the chicken pox vaccine, please let me know if your child acquires chicken pox so we can set up a chicken pox play date!" the article quotes a recent Meetup.com post saying. The anti-vax movement still promotes pox parties as a way to acquire immunity to the varicella virus as a child, rather than as an adult. As long as the anti-vaccine movement continues to grow, the number of intentional chicken pox infections will do the same.

If you like this article, please share it! Your clicks keep us alive!
Tags
anti-vaxxers
Anti-Vaccination
parenting
pox parties
Chicken Pox