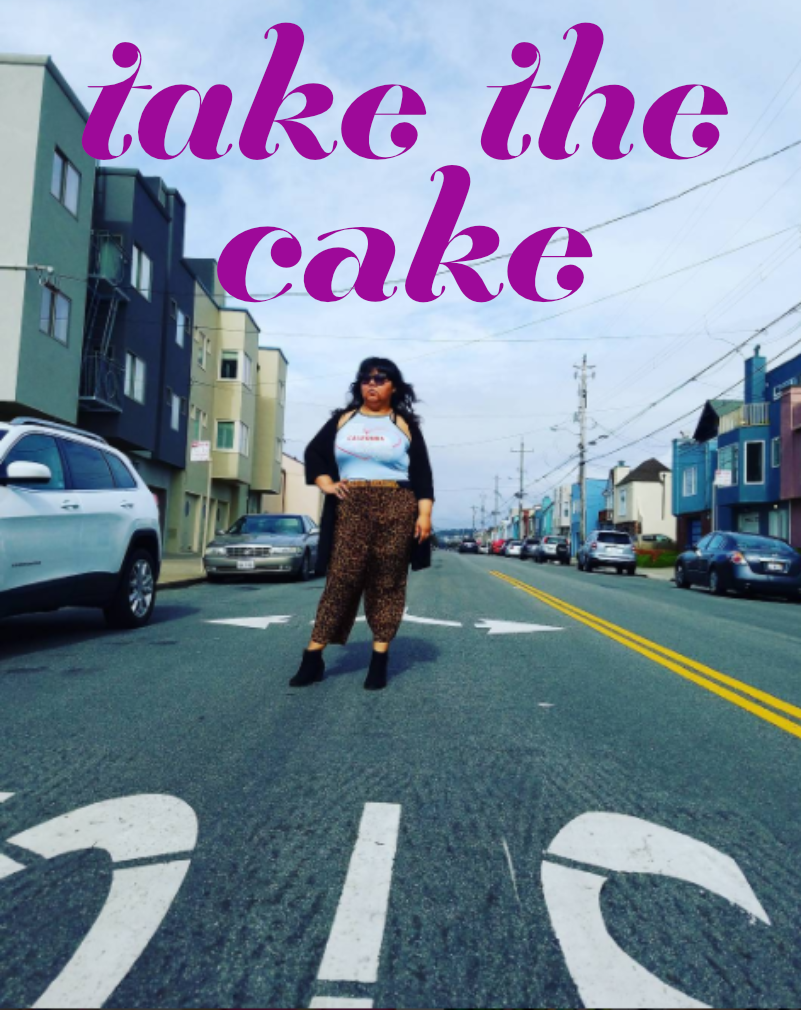 I’d like to enter the term “thinspreading” into the running for 2017's new word of the year.

I was recently at a party in San Francisco. I invited one of my fav fat babes to come with me, and we got on the dance floor right as it started to get crowded. Standing next to me was a tall, thin dude who was treating the place like it was his personal catwalk.

While I was trying hard not to bump into others, he was pushing into me, almost elbowing me in the head half a dozen times before finally dancing away to another area. I mean, there was a part of me that loved the performance, and there was another part of me that was giving him an eye roll so deep that I could feel it in my medulla oblongata. I kept thinking: “He has probably never been made to feel like his body was an inconvenience to others – unlike me.”

I have noticed that confined spaces are filled with the paradox that is thinspreading.

I can't tell you how many flights I have been on where I have spent four hours with the elbow of a tiny passenger jammed into my side while I sat shoulders hunched, thighs pressed together, checking every few minutes to make sure I’m not crossing over the invisible barrier drawn by the arm rest — the very arm rest that I have surrendered to the thin person for the entirety of the flight in some ritualistic attempt at preempting a potential verbal attack. (Because when you’re fat, the threat of fat shaming is always looming.)

In order to understand this phenomenon, it's important to think of space in two different ways — literal and figurative.

Literal space references the objective dimensions of a thing. Like, from top to bottom I take up five feet and five inches of vertical space.

Figurative space is subjective — how much space you perceive you are taking up. This type of space is not easily measured. So a person can be 100 pounds which makes them physically small, but they may occupy a disproportionate amount of space because they lack self-awareness.

My point is that, as fat people, we are expected to take up as little space as possible to make up for the additional physical room we require (as if anyone should have to do that), and the simple truth is that thin people have not been sensitized to this same sense of encroachment.

I have witnessed again and again that I and other fat people work very hard to make ourselves as small as possible: not speaking, wearing “slimming” colors or compression garments, at times altogether opting out of spaces in order to be unobtrusive. Whereas people who don’t experience fatphobia simply don’t have to do that work. This is true of many populations with more privilege — the privileged group has never been taught to be aware of themselves, and so they aren’t. The marginalized group is always already considered “too much,” our presence is already always positioned as unwelcome and unnatural. So if we show up at all, we enter a silent contract that we inconvenience the privileged majority as little as possible.

Last week I was on a flight sitting across the aisle from a big dude. I noticed that — like me — he was hyper aware of when others were walking past him, making sure to pull in his arm and shoulder so as not to inconvenience them. He also sat super upright and seemed to be holding his stomach in for pretty much the entire flight. I know all about these apologetic gestures. Plane travel can be so anxiety-inducing for fat people — you honestly never know if someone is going to utterly dehumanize you in front of a bunch of strangers in an enclosed space from which you cannot escape.

I want to compare his behavior with that of a young woman on another flight I was on in the fall. She was super petite, maybe 100 pounds. She moved around a lot, including putting her feet against other passengers and at one point lying on the ground on her back across the aisle lengthwise such that people would have to step over her to get to the back of the plane. Yes. Really. She is not a representative plane passenger, but I honestly had a very difficult time imagining a fat woman doing this.

The most classic example of thinspreading for me is a time that I walked onto the BART platform to wait for a train. I was super tired. I walked to the seating area and saw a thin woman lying down across three seats. So I asked the woman if I could sit down and she called me a “fat bitch.”

And I'm like... wait, isn't your problem with me that I am theoretically taking up more than my “allotted space,” which is actually what you are doing?

This person was clearly not getting reminded daily that her body is a nuisance, and therefore she thought nothing of taking up as much space as she wanted.

My point is that, as fat people, we are expected to take up as little space as possible to make up for the additional physical room we require (as if anyone should have to do that), and the simple truth is that thin people have not been sensitized to this same sense of encroachment. Due to acute stigmatization, fat people are often doing quite a lot of unseen emotional labor — including going above and beyond to take up as little space as we physically are able. Because we are considered second-class citizens, this labor is always already expected.

I know there are probably people reading this article with beads of rage-sweat building on their upper lip. Their response to this article is the bigoted recommendation to “Just lose weight!” To which I would reply: “No, let’s build a world where no one has to fundamentally change their body in order to experience comfort!”

In the meantime, check your privilege and your elbows.

If you like this article, please share it! Your clicks keep us alive!
Tags
fatphobia
fat positive
thinspreading
body stigmatization
Body Positive