'Crazy Ex-Girlfriend' Is The Most Underrated Show Of Our Generation 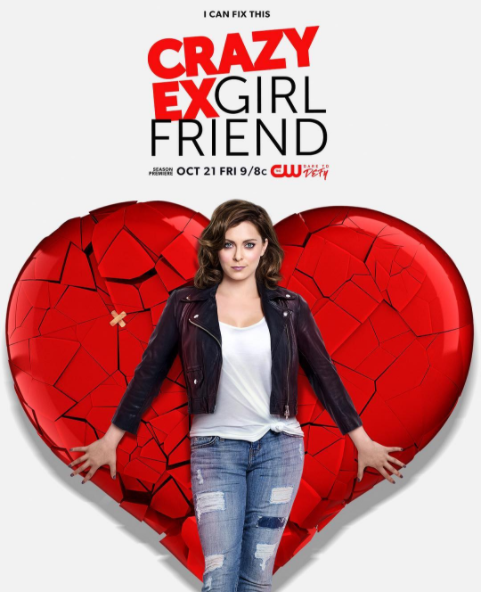 No, really: 'Crazy Ex-Girlfriend' is that good. (Image Credit: Instagram/cw_crazyexgf)

I cherish TV in a way most people reserve for God or family or country. I love nothing more than to watch plots unfold, to track character development, to remember witty dialogue and exchanges between characters like they are dear friends of mine.

Still, it’s rare that a TV show actually stuns me, impresses me, leaves me wide-eyed and breathless.

But the Crazy Ex-Girlfriend season two finale managed to do just that, pulling off a twist that made perfect sense but was still entirely unprecedented — as all the best twists are.

Crazy Ex-Girlfriend is the show that keeps getting renewed despite admittedly dreadful viewership. In 2016, its viewership was the lowest on network TV, below even No Tomorrow and Frequency (neither of which I have ever even heard of before). Still, the CW knows it’s good, and they largely ignore that no one else does, perhaps because of positive critical reviews, perhaps so that one day they can look back and say: we had a good show on this network.

And they will; we all will. It’s the kind of show that you just know will be celebrated and heralded, spoken about with reverence and referenced in Emmy ceremonies, 50, maybe 100 years from now, but not anytime soon. It’s reminiscent of such shows as My So-Called Life or Veronica Mars, underappreciated in their time, but much beloved later. And perhaps due to its whimsical, musical nature, or perhaps due to the sheer creativity and playfulness of the show, people just aren’t catching on.

The show’s protagonist, Rebecca, flaunts her feminism as part of her identity... She often brings it up in asides, like when she’s talking to best friend Paula: “God! Periods are Code Blue, because blue is the color of the liquids they use in tampon commercials, because men hate that women bleed!”

Let’s start with the creator and main actress, Rachel Bloom herself. First known for creating the cult Youtube video “Fuck me Ray Bradbury,” this woman is funny, irreverent, and whip-smart in an oddball, spectacular way, and to top it all off, she can sing like hell.

Which she does, several times an episode. Crazy Ex-Girlfriend, apart from being a kick butt show, also creates fabulous stand-alone videos (two per episode), made just for circulation on Youtube. Some highlights include “Settle for Me,” a Fred-and-Ginger style dance number with hilariously conflicting lyrics; “I Love My Daughter (But Not in a Creepy Way),” analyzing the inexplicable awkwardness between father-daughter relationships; “JAP Battle,” an impeccable show down of braggy Jewish insults; “You Stupid Bitch,” an anthem to self-loathing that’s all-too-familiar to viewers; and “Where’s the Bathroom?,” which is an ode to mothers, and our complex and infuriating relationships with them.

The show also covers a broad spectrum of issues, from bisexuality to differences in education to feminism.

The show’s protagonist, Rebecca, flaunts her feminism as part of her identity, and unsurprisingly, it is what I love most about her. She often brings it up in asides, like when she’s talking to best friend Paula: “God! Periods are Code Blue, because blue is the color of the liquids they use in tampon commercials, because men hate that women bleed!” Or when she’s lecturing Valencia while on psychedelic drugs: “Okay, see, when a woman walks into a job, like, asking for benefits, asking for money, it doesn’t even occur to them.” The show also handles Paula’s abortion with exactly the right amount of nonchalance, making it clear that this happens, it’s okay, she’s not bent over sideways with grief (but she is hungry for pizza).

The show is also self-aware in a way that’s unusual for television. The protagonist is startlingly flawed, most definitely to a fault, but she is so unaware of her own shortcomings it makes viewers want to throw the nearest soda can or dinner roll at the TV, full force.

Its tongue-in-cheek self-awareness is apparent from the intro on the very first episode. As “Crazy Ex-Girlfriend,” is sung, Rebecca turns, annoyed, and says, “That’s a sexist term,” criticizing the show’s very premise.

It also has some of the best-written characters on air. The top character may well be Heather, Rebecca’s blunt and nonplussed neighbor-turned-roommate. (She eventually moves out of her parents’ house because they “reward failure,” but she makes Rebecca co-sign the lease.) Some of her best moments include:

“I always knew I kinda liked you. You’re basic, but in an enjoyable way.”

“I don’t remember that at all, but I will take your French fry apology and apply it to other stuff.”

“I started with a hypothesis and then I backed it up with a Vox article. It’s standard scientific method.”

At the end of season two, we realize that our semi-likable if deeply flawed protagonist actually is as crazy as the theme song claimed her to be, and it is a seamlessly executed twist. The season ends with our revelations of Rebecca’s disturbing past behavior (in reaction to a man leaving her) simultaneously to another man leaving her.

“We will TP his house and key his car!” Her best friend tries to cheer her.

Rebecca’s eyes light up, but in a darker way than we are accustomed to, in an unsteady way. “We can’t do any of those things,” she replies. “Because they’re not enough.”

And just like that, she sets the tone for season three, which will doubtless be bleaker, frostier, and even stronger than the previous seasons. I’ll be waiting.

If you like this article, please share it! Your clicks keep us alive!
Tags
Crazy Ex-Girlfriend
Rachel Bloom
best TV
favorite show