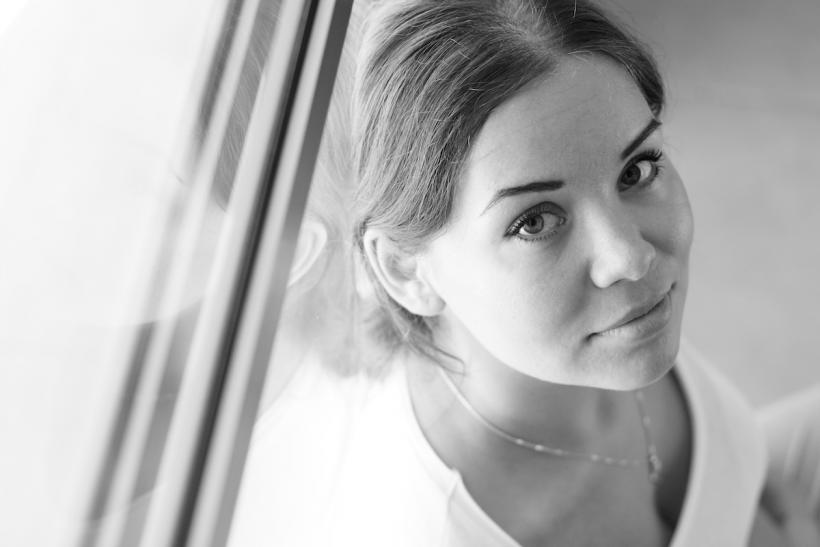 Take your time, treat yourself well, and most of all, don’t let the crappy parts stop you.

In the fall of 2014, I started recovering — voluntarily, but warily — from a seven-year restrictive eating disorder. I could tell you the story of the eating disorder itself, but there’s a lot of good reading out there about that.

What I want to talk about is recovery.

As I tip-toed up to it, I did my homework. I started seeing a therapist and a nutritionist. I read Your Eatopia. I read pieces by Emily T. Troscianko, a Ph.D. in literature who has both experienced and written extensively on anorexia, and whose writing was a beacon even before I decided to recover.

The first time I read anything about it, it was like getting the sex talk again: Here are all these gross and terrible-sounding things that’ll happen in your body so you can reap a reward that remains unconvincing as such! And, indeed, I went through the phases they tell you will: the physical symptoms of refeeding, the alternating relief and resistance, the gain, the gain, the gain.

Friends and families of the recovering: be patient. Recoverees: please have a laugh at my expense. And aspirational recoverers, take heart: this stuff is normal, and a sign that you’re on the right track. Most importantly, you’ll get through it.

But at least I was prepared… until I started to experience things that I hadn’t read about.

I tried researching my peculiar symptoms (“bloated feet is it possible eating disorder recovery but why”), in a desperate attempt to find allies for the less-discussed discomforts that accompanied my personal process. No dice.

And that’s why we’re here. For all of the common facets of eating disorder narratives, there are idiosyncrasies that can be crippling in their ability to make you feel like your narrative is either illegitimate (“I don’t deserve to recover!”) or uniquely unsolvable (“I’m never going to get better because there’s no evidence that someone with my symptoms ever could!”).

So, to friends and family: this is some of what I was going through. Friends and families of the recovering: be patient. Recoverees: please have a laugh at my expense. And aspirational recoverers, take heart: this stuff is normal, and a sign that you’re on the right track. Most importantly, you’ll get through it.

You have a lot of feelings.

You feel excitement about things to degrees you haven't in a long time. (Cool!) You suddenly not only coo but cry over cute animals you encounter on the street. (Awkward, but probably endearing.) You throw yourself into friendships and relationships with a vigor you've never felt. (This isn't bad, necessarily — but it can make you even more vulnerable at an already vulnerable time in your life. If you’re on Tinder, my advice would be to take it easy, tiger.)

You also reflect with new feeling on past experiences that you were previously numb to. There is a lot of nostalgia, maybe some regret, and — eventually — a ton of catharsis.

Three years after a breakup that, at the time, I’d weathered with intellectual sadness but no overwhelming display of emotion, and a year into stop-and-start recovery, it hit me. I spent a month or more thinking and crying about the breakup, processing it. Granted, I have always been typically late to process significant emotional events — but even for me, this was a comically delayed reaction.

It turns out, this makes perfect sense. Both recovered anorexics and doctors corroborate that being in a restrictive eating disorder means being in “an arrested state of development, both physically and emotionally,” as Aimee Liu, author of the first published anorexia memoir, describes it. Of her own experience, she says that only years into recovery “did I feel mature enough to fully embrace a particular career, to marry, to have a child of my own. My weight was normal all this time, but the process of recovery was continuing psychologically in ways I was only partially aware of.”

You are very, very tired.

This, too, is normal — and might last a long time. For one, your body is resuming growth, now that you're taking in a reasonable amount of food. Remember that you’re also catching up from running yourself ragged during your eating disorder, whether that was physically or mentally, logging the stats of your restriction or trying to avoid contending with it entirely. Exhaustion is exhaustion, no matter where it occurs in your body.

Let it happen. You’re allowed to spend time — a little or a lot — doing nothing. Relax. Seriously. Become a person who naps. Grow your sweatpants collection and lean into it.

You aren't a perfectionist anymore.

Chances are, your restriction was a little or a lot about control. And chances are, being a perfectionist came to feel like an integral part of who you are.

It may still be — but you might find that when you relinquish control over food, you let go of a lot of other stuff, too. You might stop being a neat freak, or an Inbox Zero loser (I said it), or even as on top of your social schedule as you've always been. For example, full disclosure: I just used the phrase “social schedule” in a way that makes it seem like I am orderly about the way I conduct my social time, which is not only patently false but hilarious.

This can be scary, but it's important that you learn how to handle disorder and — gasp! — chaos. You may feel you're losing qualities that make you you — but you're gaining better ones for a more resilient you: a you who can deal with things like a little clutter when you’re busy with more interesting things; a you who can put a scheduled, solitary evening aside and say yes to an impromptu group hang — heck, a you who can handle a group hang.

EVERYTHING ABOUT YOUR BODY IS WEIRD AND UNCOMFORTABLE.

Your fingers belong to giants, and you would like yours back so your jewelry fits. Your feet look weird in dainty sandals. You expected the midsection and facial bloating, but even your elbows look funny.

First, let Emily Troscianko remind you: “It's important to remember that all of these things will pass, and are not reliable indicators of what the recovered state will be.”

But whether or not you end up at a higher weight than you were when you restricted (note: restrictive eating disorders are not necessarily identifiable by weight or appearance), your body will probably end up looking different than it did. It’s hard to accept — but as you gradually become freer of the rules that confined your behavior when you restricted, you’ll realize that forcing your body to be what it’s not is not worth sacrificing that freedom.

Also, as for those rings that don’t fit anymore? Turn them into pendants. Grew out of your clothes? Ditch them and buy new ones that make you feel good. It’s just stuff. YOU and your health are the things you should treasure.

Not just your body: there’s something different about your face, and the way your you-ness physically manifests. You may look in the mirror and feel like a different person is looking back at you.

For much of my life, and certainly, through my eating disorder, people used to always assume I was younger — much younger, embarrassingly so — than I am. But over the course of my recovery, though I've been anywhere from mildly to aggressively uncomfortable with the way my appearance has changed, my body and my face alike look much more like those of a grown-ass human woman — which frankly is a huge relief, since I'm not nearly as frequently carded at bars/asked out by teenage boys/assumed to belong to a random adult couple in line for movie tickets, etc.

Point being: you will identify with your appearance, and feel like yourself, again.

It all feels harder than it feels good.

That’s because it IS hard! You’re going through a complete physical and mental upheaval. Just because people might not understand that — and just because, sure, people go through worse — doesn’t make the difficulty of what you’re doing any less real or valid.

Don’t rush it. Take your time, treat yourself well, and most of all, don’t let the crappy parts stop you.

My most valuable piece of advice? Talk about it.

Talk to trusted friends, and, when you’re ready, share your story. Not only does this keep you accountable to your recovery — you have no idea who you might help.

Bad Bosses: A Guide To Excusing Yourself From Abuse
Molly Guinn Bradley