6 Relationship Lies We All Believe That Destroy Real Love 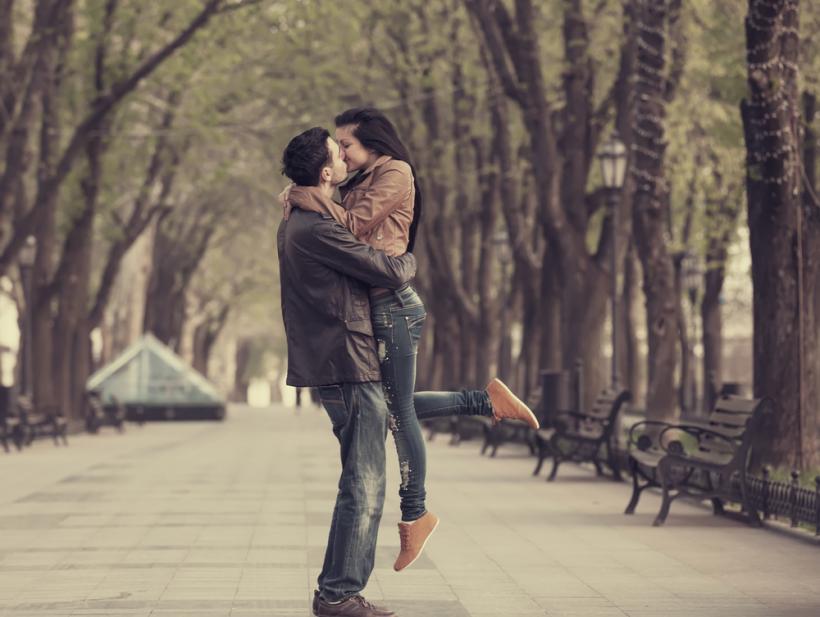 Nobody’s immune from falling prey to the same set of alluring relationship lies about what ‘true love’ should look and feel like.

When I got married at the ripe old age of 26, I believed a lot of stupid things about how love was supposed to look.

Given, my reference points weren’t exactly ideal: an emotionally absent bipolar father and a steady diet of Sandra Bullock rom-coms left me somewhat confused. I spent plenty of time in highschool learning about safe sex, but almost none on what a healthy relationship in which one might have that kind of sex encompassed.

I came to the conclusion that somewhere out there existed a magical person waiting for me; a kindred spirit or ‘other half’, otherwise known as ‘The One’. Someone so perfectly designed for me, they’d intuit my every thought with but a glance, and fill the gaping void left behind from a childhood spent growing up without a dad with all the cravings left lingering in my soul.

I was, unshockingly, very wrong.

Six years later, when my husband and I came to the devastating decision to end our marriage, I realized that, even at age 32 with hundreds of relationship miles and a year of therapy behind me, I still understood almost nothing about love. I knew for sure though, that the myths I’d grown up prescribing to had played a role in the undoing of what had been — at least to begin with — a deeply trusting, happy relationship full of promise and potential.

“We are living in the era of Romanticism…a very distinctive set of arguments about what love is like, what we should expect from love, and how relationships should go,” comments philosopher and acclaimed relationship author, Alain de Botton.

“It has spelt trouble for our capacity to endure and thrive in long term relationships.”

And nobody’s immune from falling prey to the same set of alluring cultural fallacies about what ‘true love’ should look and feel like as I did; the consequences of which, as de Botton points out, can be fatal to our chances of maintaining successful relationships. These are the worst offenders…

It’s kind of ironic we cling so wholeheartedly to the idea those feelings of romance stirred up in the first passionate, crazy stages of falling in love (which, BTW, have been compared to drug addiction) should last forever, when we don’t have any real evidence to lean on to support it. Think of where every romantic movie you’ve ever seen ends…at the part where the couple get married or finally confess their undying love and walk off into the sunset together. Why don’t we ever see the real-life crappy parts of marriage or the part where the sex tapers off in long-term relationships? Most likely because that part is a whole lot less exciting, and requires a whole lot more hard work.

But it’s at this point, when the bickering over whose turn it is to do the laundry and going to the toilet in front of each other begins, that a deeper kind of love is built. And all the experts agree, that kind of love takes constant effort on the part of both partners to maintain. It won’t simply continue to burn on its own, as every Sandra Bullock flick we’ve ever seen has led us to believe.

2. Our soulmate will always understand us.

The idea that any one person could ever truly understand us – emotional baggage, mood swings, frustratingly nonsensical idiosyncrasies (don’t pretend you don’t have them) and all — is perhaps the most egotistical and preposterous notion we have about love.

The truth is, no matter how deeply we care for someone, or how long they endure our insanities (because we are all innately crazy in some way or another, let’s face it), no one can ever read our minds. Though sulking until our partner gets the hint we’re mad at them and attempts to solve the problem on their own has a bit more romantic appeal, communicating openly and honestly and really listening to one another is the only way to work toward any sort of understanding in a relationship. And even then, you can’t expect the object of your affection to know why you’re in tears the next time they forget your mother’s birthday lunch.

3. There is someone out there who’s completely compatible with us.

“Compatibility should be an achievement of love, not it’s precondition,” says de Botton, who proposes being compatible with anyone isn’t instantaneous; rather, it’s something gleaned after many months — or even years — of time spent communicating and learning about each other. And for that reason, we can technically be ‘compatible’ with anyone with enough perseverance, doing away with the notion there’s a magical being known as ‘The One’ destined to be with us. In reality, there can be lots of The Ones.

Contrary to popular romantic mythology, there’s no single person out there who will click with us on every level. While the initial excitement of the dating phase can make it feel that way, eventually fantasy is exchanged for reality and constantly striving to impress one another for the comfort zone, aka, the stage when it becomes apparent our partner’s only been showing interest in needlepoint because they know it’s important to us, not because they share our exact same passion for it. And that’s okay.

4. Our soulmate will ‘complete’ us.

Putting aside the fact it’s not particularly healthy to depend on another person to complete us in any way, the idea that there’s a person out there who will fill the void left behind by all our past relationship demons and childhood issues and make us finally feel ‘whole’ is extremely dangerous for any relationship.

Expecting your partner to be responsible for mending all your self-esteem issues puts an enormous amount of strain on a relationship. A truly healthy union is one in which two separate individuals come together armed with an awareness of their own personal baggage and a willingness to work through it. It should never be your significant other’s job to ‘fix’ or ‘complete’ you.

There’s a reason over 50 per cent of marriages end in divorce nowadays; lifelong love is really, reallyhard. That’s not to say that it can’t work, but when lamenting the slow disintegration of your feelings of romantic love for your partner (an inevitability in any relationship, according to the experts), it’s useful to keep in mind that when the construct of ”Til death do us part’ first came about, most people were getting married at 25 and dying off from tuberculosis by 32.

The secret to relationships that go the distance is not undying passion, endless sex and romance (though those things never hurt), it’s a whole lot of discipline, strategy and hard work.

6. Your True Love will love all of you.

Really think about this. Could anyone seriously be expected to love every aspect of another person? Would you love all of you if put in your partner’s position — premenstrual mood swings, obsessive control freak tendencies and all?

Love isn’t about finding every part of someone amazing and desirable. And it’s not particularly realistic, given we all come with our own less-than-appealing insanities and emotional baggage. If we expect to love every part of our partner, only to discover a few months or years into a relationship they possess a quality we don’t agree with (like having an addiction or struggling with an ugly emotional issue), we’re likely to see this as a deal-breaker and view the relationship as being doomed.

Instead, de Botton suggests we take a gentler, more tolerant approach, aiming to cherish our partner’s loveable traits whilst also allowing ourselves to be okay with the more difficult sides of their personality, viewing love as the Ancient Greeks did — a means for developing a kind of mutual teacher-student relationship, or “a process of mutual education”.

GIFS via giphy.com and tumblr.com.

If you like this article, please share it! Your clicks keep us alive!
Tags
relationship myths
relationship lies
real love
soulmate
the one 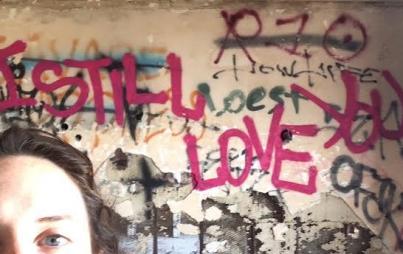