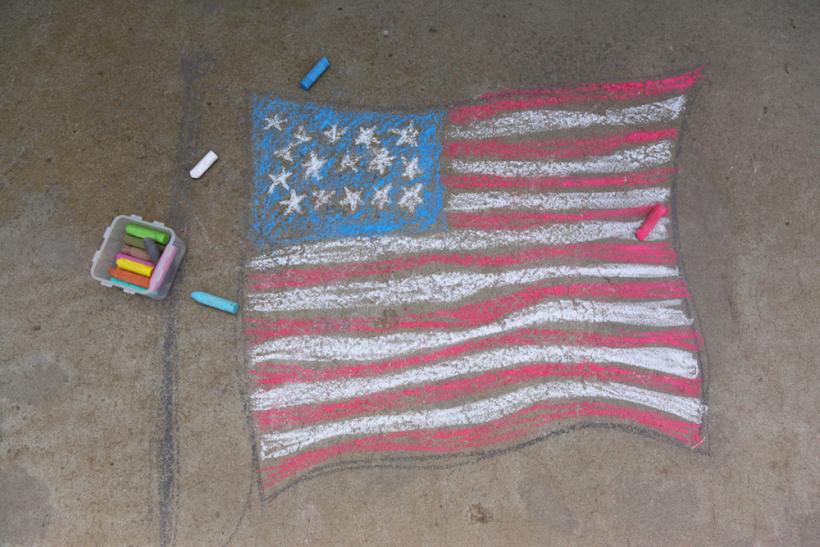 The Fourth holds none of the joy it has previously.

I hate Christmas. I know it’s not a very popular opinion, but Christmas lost its wonder even before I started paying for it. The birth of a Savior. The joy and awe of Santa. A tree propped up by piles of gifts. The games and puzzles and forced family time. Too much alcohol. Too much travel. Too much pressure.

Christmas was never where it was at for me. That was always the Fourth of July.

Hand-cranked homemade vanilla ice cream. Potato salad thick with Best Foods mayo, tangy with the bite of dill-pickle relish. The firework show from the local high school blasting overhead at sundown. Rusting galvanized tubs full of Coke and ice-cold watermelon. The joy of friends and family without the pressure of capitalism.

The Fourth is my holiday.

I threw my first official Fourth of July party the first year I was officially an adult, and a tradition was born. The party grew to contain my immediate family, then extended family, friends, neighbors, neighbor’s friends, and so on. The July Fourth party became our most anticipated event.

Then I got divorced. In the custody battle for the Fourth, my ex-husband won. That’s how you know your party is good; it’s part of your divorce agreement.

I’ve hobbled along for the last few years doing a much smaller, immediate family version, but this is the year that I’ll finally put the whole celebration to bed.

The Fourth of July holds none of the joy it has previously.

Sure, at first it was the divorce. I somewhat reluctantly passed on my legendary ice cream recipe to my oldest daughter. I scaled down to our small family of four and sent my older kids to their dad's.

But this year, I don’t have it in me to celebrate at all.

The celebration of “independence” has always seemed kind of silly to me. On my mother’s side, my Native ancestry eventually combined with English/Scottish/Irish. My father’s parents were German immigrants. The Fourth of July was never really about being freed from anything as much as it was freedom itself.

A month or so ago, I was at an end-of-year assembly at my kids’ elementary school. They started the ceremony off by asking the crowd to stand and face the flag for the Pledge of Allegiance. I was a bit late, so I was already standing. Instead of turning to see the flag behind me, I stayed facing the few hundred parents that were there. The woman in front of me stood Miss Manners erect, her hand pressed firmly over her heart, and wept, tears silently spilling down her cheeks and onto her floral polyester top. I watched her cry and felt myself well up in response. Her pride was palpable.​ My sorrow I suspect less so.

There was a time I would have felt a similar swell, but the last year and a half or so has really worn me down.

It’s not just the lousy president — it’s the fact that he was elected at all.

It’s not just the fact that folks enthusiastically voted for him. It’s that even after he’s proven himself completely incapable, many of them remain steadfast in their support.

It’s the very real probability that we will soon see a substantial conservative shift in the Supreme Court.

While I remind myself daily (if not hourly) that yes, the majority of the country did vote for Hillary, it’s hard to stay the course when so many of the folks in charge are so legitimately awful.

It’s become increasingly difficult to feel proud to be an American when so much of America leaves so little to be proud of.

What’s most heartbreaking, though, is the realization that the Fourth of July wasn’t ever what I thought it was — something I bet a lot of fellow white people are waking up to right along with me. How in the hell do we reconcile celebrating something called Independence Day when the anniversary we’re lauding was a time when it was legal to own humans? When many of the dudes who wrote the very Declaration of Independence we use to mark the birth of our country owned humans? What kind of legacy have we built on top of that? These aren’t questions I feel comfortable ignoring any longer, and neither should you.​

They never should have been ignored in the first place.

The smoke of barbeques and fireworks has obscured the truth of my country’s very real history of suppression, subjugation, and white supremacy. None of this is new, and it’s time to stop ignoring it. My idealized attachment to July Fourth is nothing compared to the ache of separated families, of people in fear of ICE raiding their homes, of Black mothers who have much more to fear for their children than a poorly aimed firecracker.

I hope one day I can cry tears of pride as I pledge allegiance to our flag, but until I can say “liberty and justice for all” without a knot tying in my stomach, I’m calling it quits on this whole patriotism thing. If we really value all those natural born rights written down in that Declaration of Independence, we would spend the Fourth of July doing just what those idolized founding fathers set out to do nearly 250 years ago: resisting the tyranny of an unjust government.

If you like this article, please share it! Your clicks keep us alive!
Tags
4th of July
patriot
Politics
Trump
ice
party
patriotism 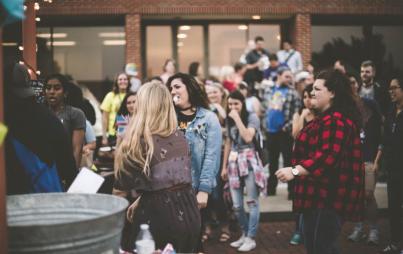