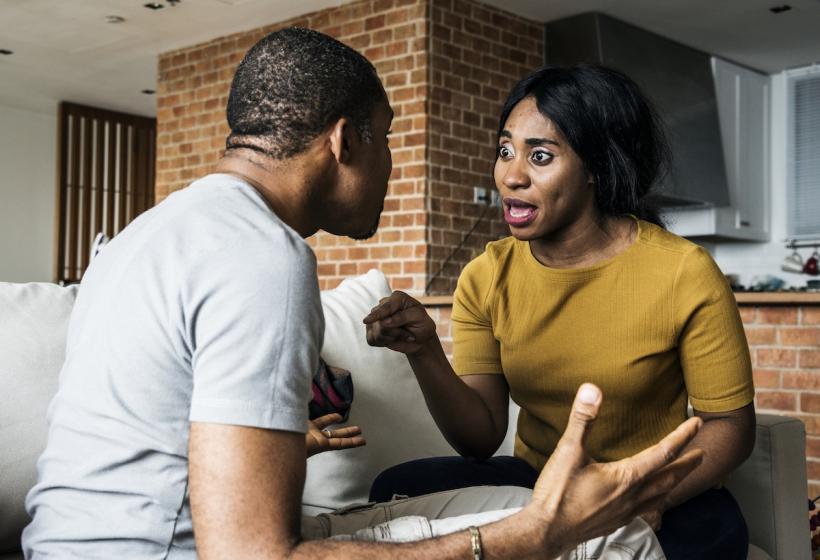 As you might guess, cheating infractions have little to do with the person on the receiving end of the hurt.

People in relationships fool themselves.

They feed their brains and hearts the reality they hope is present. When they discover their significant other is cheating, they justify the rotten behavior because to believe otherwise is too deeply painful.

First comes the conversation about the event, the number of times trust was broken, the emotion invested, etc. And when a couple tries to gather the pieces of their pairing back together, it’s usually one party who picks up those shards and attempts to fit them into a solid state again.

Sometimes this means deals are made… One of the parties, usually the person fighting harder for the coupledom proposes they will be willing to give it another whirl if some things change. This makes sense on the surface, to alter the dynamic and hopefully resuscitate trust. It’s true, the relationship between the two of you wasn’t working. The partner who cheated wasn’t getting what they needed and the one who was cheated on has been betrayed. Although both people contributed to the fate of the relationship.

I am not asserting that how one of the participants contributed, or didn’t, to the coupledom caused the dishonest behavior. I am stating quite clearly, that both people created the unhealthy partnership together. We only find out what a person will resort to when they are confronted with emotions they can’t handle, which leads to the cheating (an inappropriate response to stressors): serious relationship spurring terror at failure and loss, contending with the truth of being ignored by your lover and boredom, as several examples.

Back to the deals. One might involve the wronged partner issuing a sort-of ultimatum to the other, demanding they need complete transparency in order to continue as a duo. Part of the new agreement may involve the offended party insisting the passwords and/or log-in information for cell phones, social media accounts, emails, etc. are handed over. The other, believing this is a reasonable request, may give up their personal information. I am not disputing the right, or wrong of this action. Sharing info, hey that’s the business of the two…what I will clarify is that extorting your partner to behave doesn’t change their behavior.

As you might guess, cheating infractions have little to do with the person on the receiving end of the hurt.

The impetus causing the cheating lies directly in the cheater’s heart.

When a person caught and placed in the dog house complies with these strong-arm tactics, it does two things: 1) the person providing their info to share is likely doing so under duress, and so a simmering anger may lurk under the surface of an otherwise lucid exterior. Do they have a right to their feelings? Yes. But let’s explore that at a later point. 2) The only thing this arrangement has created is monitoring. You might assume your unfaithful other is performing well and complying with all that is asked of them to maintain your partnership, but in fact, they have been ordered to obey their partner. In doing so, their independent thought and will have been stripped away. They are no longer participating in the relationship as a willing partner, but because they have been forced to. The why of their deceitful gestures has not been addressed and no steps have been taken to stop them from repeating their bad behavior in the future. You’ve won a partner on a leash and have removed autonomous control, similar to when you tell someone what you want for your birthday and then you get it. You have a complicit human being in your midst and have removed any element of surprise a partner may use to demonstrate their affection. In essence, a dutiful pup.

To the prior point, of how dare the cheater have any right to their feelings after they have wronged their love? But the deal is…they do have a right to feel coerced and resentful and likely not thrilled about the new circumstances. Caving into pressure from such a demand is demeaning and defeating to the human spirit, and if we are being real here…this is not the type of person any one of us desires to invest in.

We shouldn’t strive to control the person we’re having a relationship with, but aim for supporting each other, for continued non-threatening autonomy, to celebrate the joy that overtakes us when we simply receive gestures of love, unbidden.

Then it means something. It’s honest.

If you think about it, forcing a person to obey a law doesn’t reflect truth, because it is not a genuine display of emotion. This demand is grounded in fear and insecurity, not real love. Feared love. What springs from this of emotion? More of the same, just as a healthy relationship begets deeper trust, affection, communication and connection.

It begs the question what do you do when a partner cheats?

I’m a big believer in giving everyone one screw-up, facing the reality of the cause and working on it together. Unfaithfulness a second time demonstrates a pattern. Then it’s time to bid adieu. Allow your partner the right to have clay feet in this arena…once. Work on strengthening understanding and commitment, and permit them to keep their phone and other info, so they are faced with the decision of choosing you. If they don’t, then you will figure it out soon enough because this type of behavior alwaysblows up. If it does, move on. But if they remain true to you, you both will have earned the love from each other as you have retained your rights to independence, respect and hopefully, a better understanding of each of your responsibilities.

If you like this article, please share it! Your clicks keep us alive!
Tags
cheating
infidelity
relationship problems
behavior

5 Signs You're In A Desperate Relationship
Hilary Lauren Jastram

Abandonment PTSD: How Willpower Will Take You From Zero To Healed
Hilary Lauren Jastram

There's Only One Secret To Great Sex, Unlearn Everything
Hilary Lauren Jastram