The Other Before and After: Life With An Eating Disorder 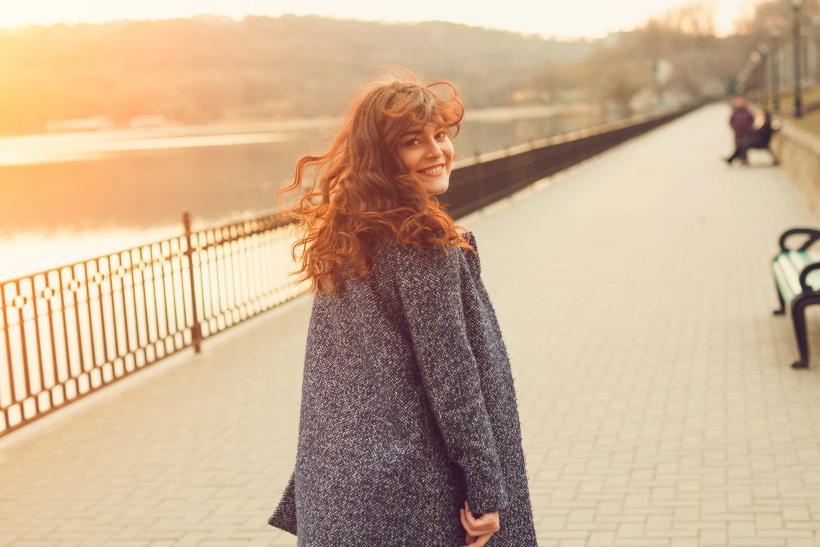 This is my life with an eating disorder. This is my before and after.

I’ve never been a fan of eating disorder recovery Before-and-After photos. I don’t find it healthy or helpful to compare and appraise the shapes and sizes of bodies in general, and I’m not particularly interested in the focus on anyone’s weight gain (or loss). Reducing an illness — or a recovery — to numbers and physical appearance keeps us trapped in the kind of thinking that got us into the whole mess in the first place.

But there is another kind of Before/After exercise that I do find useful and beautiful: the comparison of my two lives, on each side of my recovery.

I hope that if you recognize any of your own Befores in mine, you are already on your way to After. I could never have imagined the difference in myself.

Before my best friend stepped in and made an appointment for me at a treatment center, I lay awake, hungry, every night. I thought in circles about the foods I would allow myself to eat on upcoming special occasions, or when my clavicle and hip bones were sharp enough to the touch. Brownies. Pizza. A sandwich with real, carb-filled bread. I never did eat them, though — when the time came, I would set a new deadline in the future.

I was like the leader of a doomsday cult, having to reset my clock again and again after each failure to deliver on my promises to myself.

Before I saw a doctor, I didn’t realize how weak my heart and bladder had become. I got up between 10 and 15 times a night to use the bathroom, and just shrugged it off as an annoyance (I wasn’t sleeping deeply anyway, I was too hungry). The things I knew weren’t normal — chest pains, dizziness, lightheadedness — I didn’t want to examine too carefully. My body was crying for help that I couldn’t, or wouldn’t, give to it.

Before I stopped exercising compulsively and obsessively, my joints clicked and creaked as I climbed stairs. My exhausted muscles didn’t even feel soreness, becoming so accustomed to relentless running and weightlifting and barre classes with no rest. Sometimes, on the days when I woke up to work out at 5 AM, worked 12 hours, and worked out again before bed, my extremities would go numb. It would start with my fingers, then my hands, and then one night I realized that I couldn’t feel my forearms.

Before I reclaimed my body and my life for myself, my entire universe came to revolve around numbers.

Calories, pounds, miles, the hours between meals and snacks. This math was the architecture of my day-to-day and my big picture. This math was my religion; it gradually pushed everything else — feelings, relationships, professional goals — out of my mind, and eventually consumed my every waking minute.

After I began to see my treatment team on a regular basis, I learned that I could trust other people, and ask for help. I learned that if I loosened my white-knuckle grip on my diet and exercise, if I didn’t wholly control every crumb that went into my body, the world would keep turning. I taught myself — with a lot of help from my therapist and dietitian — how to structure my days around things other than food, how to feel my feelings instead of numbing them with hunger and cardio, and how to live my life again.

After I started getting enough calories, enough fat and carbs and protein, I was suddenly able to focus and to hold a conversation again. I found sleep — lovely, languid sleep — and woke up feeling rested and happy.

I had the physical and emotional energy not just to get through a day, to survive it, but to experience and enjoy it. My hair and nails and skin recovered.

Given the food it needed and wanted, my body repaired itself. It forgave me all of my cruelty and neglect, the torturous punishments I had put it through for so long, when all it had done was try its hardest to keep me alive.

After I left my eating disorder behind, I still struggled with body image. The constant daily barrage of You-Must-Be-Thin-and-Beautiful messaging did not disappear. The people around me did not all suddenly give up their restrictive diets and disordered attitudes toward their own bodies. I still felt anxiety around weight and had to actively work on combatting the decades of toxic education I had received and perpetuated for myself. But I had tools and coping mechanisms. I was able to show my body kindness, generosity, patience, and love — even on the bad days.

After I began my recovery, I had time for things other than starvation. I built my friendships. I started to write. I fell in love. Now instead of hiding, instead of eating little spare snacks alone and going for compulsive late-night runs, I share beautiful meals and long, slow walks in the sunshine. I am free in ways I had forgotten were possible. Instead of weighing myself, taking comparison photos, I reflect on all of my Before and Afters. I am careful not to forget what sent me down those roads Before, the ways in which I trapped and sabotaged myself. I know where those roads lead. I know I won’t go back.

After is where my body is bigger —there’s no way around that simple reality. But that cheesy, too-good-to-be-true promise that everyone in my life kept making turned out to be so true — as I gained the weight, I gained everything good, everything that mattered, everything I had ever dreamed of.

After is where I live now, and it’s endlessly more full and beautiful than my sad and shrunken Before could ever have imagined.

If you like this article, please share it! Your clicks keep us alive!
Tags
Before and After
eating disorder
overcoming an eating disorder
Eating Disorders
recovery

The Other Before and After: Life With An Eating Disorder
Hannah Matthews

Claim Your Shame: Lots Of People Are Divorced
Hannah Matthews