Claim Your Shame: Lots Of People Are Divorced 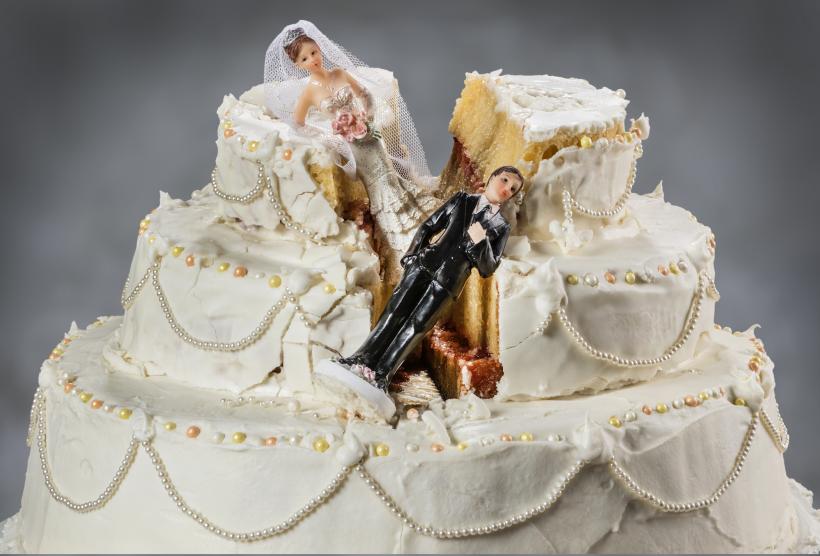 Welcome to Claim Your Shame, an article brought to you by Hannah Matthews, a Loud and Proud Professional Failure™ with many, many skeletons in her now-open closet.

She is shouting her shame from the Ravishly rooftops in the hopes that it will help you to do the same with yours.

I used to be married. Now I’m not.

I know what you’re thinking, but no — I am not the beautiful and glamorous widow of a sea captain or a fallen war hero. I am, simply, someone who’s divorced. A divorceé, if you’re feeling French and fancy (and I usually am).

When I married my ex-husband, I had the same firmly-held convictions of most blushing brides: yes, divorce rates are high. Yes, our parents’ marriages did not survive. But we were different. We were so in love, so prepared for the ups and downs of life. We had been together for five years, gone through college and career beginnings and illnesses and family drama and cohabitation. We were ready to face whatever life would bring us, together.

Our wedding was beautiful. Everyone cried. There were glowing and emotional toasts and speeches. And for the four years that followed, we were (I thought) totally, rock-solidly, married. We argued in a healthy way, we compromised, we made life decisions together. We started talking about children. I went off my birth control. Then the bottom fell out. The details don’t really matter but suffice it to say that he...decided to opt out of upholding his vows.

To say I was shocked and devastated would be like saying that the Pope sometimes attends church. I was catatonic. And right up there with the heartbreak, the betrayal, the total destruction of my life plan and the violent upheaval of everything I had known to be true: the shame.

I couldn’t imagine having to tell anyone that I was...divorced.

It’s so silly when you really think about it: depending on which studies you believe, about 40-50% of marriages end long before that whole til-death-do-us-part timeline. Here I am, very much alive and very parted from the person who used to be my husband.

But at the time, I truly felt like the only ex-wife in the world.

Engagements and weddings are perhaps the most public declarations of certainty we can make. I was terrified of the gossip, and humiliated — all that dreamy, earnest, photographed hope, all those gifts, all the time and money and emotional energy I had invested in something that, as it turns out, could be instantly rendered null and void.

Since that horrible court date three years ago, so much has happened: other married friends have had their own divorces, people who once asked us to be in their weddings and who stood up for us at ours. I have started a new life, re-learned my optimism, fallen in love again.

And I’m here to tell you — if this is one of your shames, release it.

I learned a lot from my marriage and divorce, and — I’m willing to bet — so did you. No matter the circumstances, you will find people everywhere you go that can relate, hard. In my rawest and most brutal grieving period, the six months following my divorce, I would often break down crying in public and unload onto strangers, who would then tell me their own awful divorce stories. It was enormously comforting to know that the seemingly happy and healthy people in front of me had once walked through the very same hell in which I was currently drowning, and had survived to tell their tales — seemingly without any of the burning embarrassment I felt about my own.

Even when I was ready to start dating again, I found that what I most dreaded — the moment I would have to tell a new potential partner about my deepest darkest big D — was pretty much never a big deal. Eventually, I just put it in my Tinder profile, a fact like any other. 5’4”, blue eyes, teacher, loves Mexican food, divorced.

The more I said it out loud, the more it became just another part of my story. I don’t hide or run from it, and I sure as hell don’t allow it to define me.

It’s taken a little while, but this is how I think of it now: in my giant trophy case of Shame Awards, Shame Ribbons, and Shame Medals, the divorce trophy blends seamlessly in with all the rest. I had a long relationship, a beautiful wedding, and a cold hard fall from the peaks of marital bliss that taught me more about myself, and about love, than any pre-marital counseling session ever could.

If you’re in this boat with me and all these other divorceés (in our super-cool matching life jackets), just know that even when the seas get rough, you could not be farther from alone in navigating this. Send up a flare, girl, we’re all out here. Wave by wave, we’re all rowing away from the shipwrecks of our marriages, toward something far better. Something meant for each of us. I promise.

If you like this article, please share it! Your clicks keep us alive!
Tags
divorce
marriage
wedding
shame
ashamed

The Other Before and After: Life With An Eating Disorder
Hannah Matthews

Claim Your Shame: Lots Of People Are Divorced
Hannah Matthews