Antidepressants Have Changed Who I Am — And That’s Okay ​ 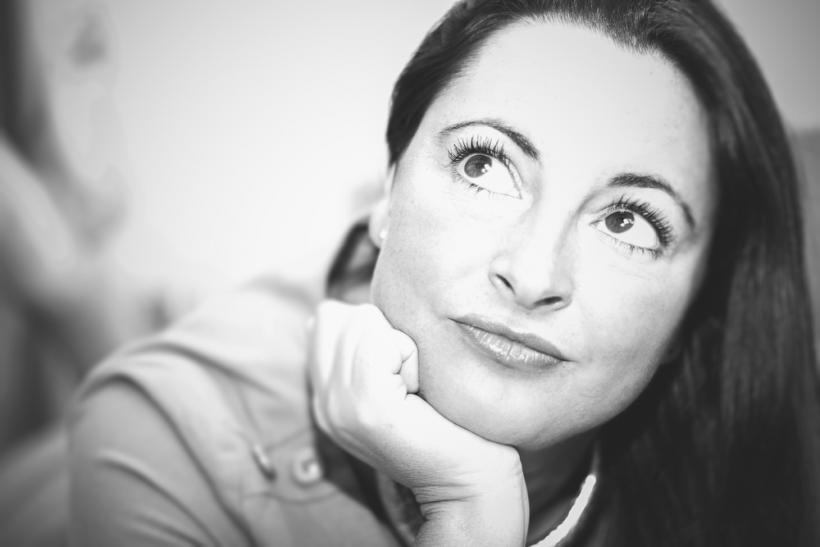 I’m doing all I can to learn how to accept my new identity and this new normal because at the end of the day, my antidepressants are keeping me alive.

“I feel like I’ve lost myself. I don’t know what’s me anymore,” I quietly said to my therapist during one of our sessions a few months ago. I had been on my current antidepressant for seven months at this point, and while my depression had somewhat improved, I was constantly questioning other physical and mental symptoms. Did anxiety cause my insomnia or was it a side effect of the medication? Was I crying less because my depression was improving, or was I just overmedicated?

I worried the real me was trapped inside, suffocated by medication.

When I first started taking antidepressants in 2015 during my first major depressive episode, I treated it like a course of antibiotics. I planned to stay on them until I got through the episode and started to feel better. I knew there would likely be some negative side effects like headaches, nausea, constipation, etc., but I was prepared to ride them out. I expected to see tangible results like you would when taking antibiotics for an infection. I was anxious to start to feel better and get back to my life.

After starting  Zoloft, I gained over 30 pounds in a matter of two months and couldn’t stop focusing on food. I also didn’t notice an improvement in my depression or anxiety. Instead of talking to my doctor, I just decided to stop taking my pills. I had abruptly stopped other medications in the past and didn’t see any difference — but antidepressants aren't like other medications.

I hated that I needed medication to help me feel positive emotions. Why couldn’t I be happy on my own? It bothered me that I relied so heavily on this daily pill.

A few days later, I started having intense suicidal thoughts. I had a strong urge to end it all. I spent hours pacing around my apartment trying to convince myself that I was okay. In a panicked state, I went to my medicine cabinet and took the little white pill. And the next morning, I called my doctor to schedule an appointment to discuss going off of it.

It took me about six weeks to slowly wean myself off of the medication. I had learned the hard way the dangers of just quitting cold turkey. And it was at that moment that I vowed to avoid antidepressants in the future and instead rely on talk therapy and meditation to manage my depression and anxiety.

But when another episode hit two years later, I realized that these two things wouldn’t be enough to get me through it.

At this point, I was barely getting out of bed each morning. I spent my days at work counting down the minutes until I could crawl into my bed and watch Friends on repeat. I constantly thought about how great it would be if I didn’t wake up. I was seeing my therapist twice a week, but I couldn’t get myself out of this hole I found myself in. She suggested I set up a consultation with a psychiatrist to discuss medication options. I reluctantly agreed because deep down I knew I needed some extra help to get through this.

My psychiatrist put me on Pristiq, an antidepressant. I was so lucky in that I didn’t have any noticeable negative side effects that can come with starting an antidepressant. And it helped me get through that depressive episode, which lasted a few months. Thanks to Pristiq, I was able to get out of bed each morning and rediscover what happiness felt like.

But then the obsessive worrying began.

I started questioning any slight emotional or physical changes. For example, I noticed that I was crying less, which should be a great thing, right? But for me, crying is a necessary and familiar way to release my emotions. I discussed lowering the dose with my doctor, but she strongly advised against this since I was still experiencing some anxiety and suicidal thoughts. I hated that I needed medication to help me feel positive emotions. Why couldn’t I be happy on my own? It bothered me that I relied so heavily on this daily pill.

To rebel against these frustrations, I would purposefully not take the medication for two to three days, which would lead to hours of sobbing or fits of rage. I know this isn’t emotionally healthy or safe, but I was desperate to feel something other than happiness.

It’s scary to go off a medication that affects your emotions and brain chemistry.

As someone who has dealt with multiple depressive episodes while taking my medication, I’m so fearful that my depression will worsen if I go off it. What if I go off the meds, and I’m not able to conquer my suicidal ideations? What if I end up making a suicide attempt? If the days where I skip my medication are any indication of what would happen if stopped taking it permanently, there’s a good chance that I wouldn’t live to see my brother get married. And for this reason alone, I won’t be discussing going off my medication with my doctor anytime soon.

Since starting this journey, I’ve learned a few important things. You may not see tangible results right away, but you’ll learn how to notice the subtle shifts that prove the medication is working. I can tell it’s working when I’m at a social function and can be fully present and enjoy myself or when I’m able to give my all at work and not want to collapse in bed as soon as I get home. Additionally, mental illness is just as much an illness as anything else. I wouldn’t question having to take medication for the rest of my life if I had diabetes. Why should there be any shame in needing a daily pill to keep mentally healthy?

I’ve also realized that it takes more than a pill to manage my depression and anxiety. I still see my therapist once a week and practice meditation daily. I also still have major depressive episodes — but that doesn’t mean the medication isn’t worth it. I’m doing all I can to learn how to accept my new identity and this new normal because at the end of the day, my medication is keeping me alive — and that’s the most important thing.

If you like this article, please share it! Your clicks keep us alive!
Tags
antidepressants
medication
mental illness
mental health awareness