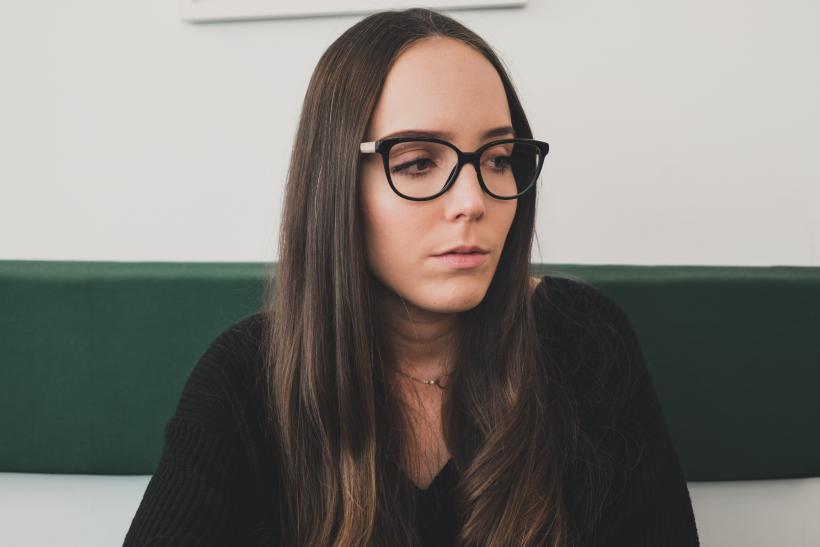 Photo by Luís Pereira on Unsplash

People just don’t get OCD. Since I’ve started talking about my diagnosis publicly, I’ve been surprised by the number of well-meaning people who are happy to let me know that they have it too. No, they haven’t been diagnosed, no they aren’t actually struggling.

But really, aren’t we all just a little bit OCD? The answer to that is an emphatic no.

OCD is a well-recognized mental illness which affects roughly 1-2% of the population. But, despite being one of the more common mental illnesses, it remains badly misunderstood. People miss that symptoms of OCD tend to be pervasive, rather than a single contained compulsion. They miss how symptoms mutate over time and, perhaps most of all, how impossible the illness can be to live with.

OCD is also often misidentified as an anxiety disorder, despite occupying a separate category in the DSM-V since 2013. What’s common to all experiences of OCD are distressing, repetitive and intrusive thoughts. These are followed by repetitive compulsions, either physical or mental, to try and relieve the distress of that obsession. The contents of symptoms are hugely personal, ranging from the mundane to the wildly esoteric. The illogic of OCD means that both are likely to cause equal distress. But, how can you ever describe an illness that is, by its nature, so variable? I spoke to Brigid, Elsie*, Giles, and Lisa to give a flavor of what it’s really like to live with OCD

“It started when I was really young, like really young. I'd crawl around in circles, and I'd touch the sofa every time I'd pass it,” Brigid tells me. “I've got a poem I wrote when I was eight called 'What If' saying that I can't sleep because of all the what-ifs in my head.”

The same was true for Elsie, whose symptoms also began in childhood. “I had a quite extreme hoarding problem where I associated feeling with inanimate objects. We had a spare room in the house, and it was filled with the cardboard inside toilet rolls because everywhere we went I had to take it out. I believed that certain numbers weren't friends and if they were together bad things might happen.”

For people who develop OCD in childhood, symptoms tend to change and intensify in adolescence.

“It was only really when I was about 15 that the problems became clear enough to really affect my life. That's when I dropped out of school,” Giles explains. “[It] reached a point where I was totally obsessed with what people thought of me. I started walking out of things and as a result, stopped going altogether.”

“When I was about 13, I started thinking 'my dad fancies me,'" Brigid tells me. “So I spent a lot of time in my teens just in my room not coming out. We'd go on holiday, and I'd put my swimsuit on and tuck a towel underneath me and just lay down on the beach rigid so dad couldn't see me. My symptoms were thinking 'I'm not safe, dad's going to rape and kill me.' It wasn't great.”

Isolation is often the result. “I missed out entirely on early teenage years,” Elsie says. “I didn't even go to school; I avoided all friends, I completely locked myself away. I did a lot of art and repetitive computer games to try and take myself out of my thoughts. I feel like the way I did that as a teenager was exactly the same way I later turned to alcohol and substance abuse. It was just getting out of my head.”

It can be hard for non-sufferers to understand the sheer variety of compulsions.

“Right now it might be people I feel like are contaminated, but they could be close friends of mine. So it's hard meeting them to give them a hug,” Lisa explains. “I would describe it as overwhelming thoughts in your head that, no matter what you do, won't go.”

And OCD extends far beyond its better-known symptoms like contamination. “I've probably had most of the well-known flavors of OCD: hand washing, counting. Age 20, I was convinced I had AIDS even though I was a virgin,” Giles says. “Now I would say the only two are relationship OCD, so where I'm never sure about a relationship and that is almost certainly the reason I'm still single at 49. [And also what] I sometimes call meta-OCD, so it's OCD about OCD.

“I will, for example, be paranoid about packing luggage to fly, and putting it in hold, not because I really think I'm going to put a bomb in there and blow the plane up, but because I worry that once I'm in the air I'm going to panic about what's in my luggage. So, it's actually the worry of worry rather than the thing itself.”

It’s not uncommon for people with OCD to struggle with intrusive thoughts about violence or sex. “I get sometimes very violent imagery in my head,” Elsie tells me, “especially when I'm trying to go to bed. I think that was the hardest thing for my partner to come to terms with was the fact that I imagined all the horrible ways that he might die or that I might kill him.”

All four report describe OCD’s tendency to change over time.

The sensation is similar to playing a never-ending game of whack-a-mole with your own mind. Smash one set of symptoms down and more pop up.

“It sort of has death throws, and you'll think it's dying off, but it's pretending. And it will manipulate itself into something else,” Brigid explains. “As I've got older, I've started getting more compulsions: I've clicked my fingers, I pull out my eyebrows, I pull out my eyelashes.”

Of the four, only Giles believes that OCD can be cured, which he qualifies by explaining, “it's like you'll always be susceptible to it. Maybe you can be cured of the symptoms, but you'll always have it there in the background as a risk.”

The others frame OCD as a chronic condition. “I've heard people talk about how they [developed OCD] after a traumatic event or something like that. I feel like in those cases [it’s possible to be cured]. But with me, I feel like this has been with me all my life. It's just in every aspect of me,” Elsie tells me.

What everyone agrees on is how badly misunderstood OCD continues to be. “People don't understand it really is debilitating,” Brigid says. “OCD destroyed a lot of my childhood, a lot of the relationship with my dad, which I'm still having to rebuild. I still can't give him a hug.”

“I think it's just a really hard thing to describe to people,” Lisa tells me.  “The normal response is: 'oh, I have OCD too, I have to pull the curtains across in the morning, or I have to dress my bed.' I don't think they get how bad it can be. Unless they've had it, I think people don't understand how the thoughts just won't go.”

Brigid is also firmly in the camp of OCD being a chronic condition. But, as she points out, with evidence-based treatment like Cognitive Behavioral Therapy, symptoms can be reduced. Whether or not it’s curable, she tells me, “I think it's live-with-able.”

*Name has been changed

If you like this article, please share it! Your clicks keep us alive!
Tags
OCD
mental illness
intrusive thoughts
medication