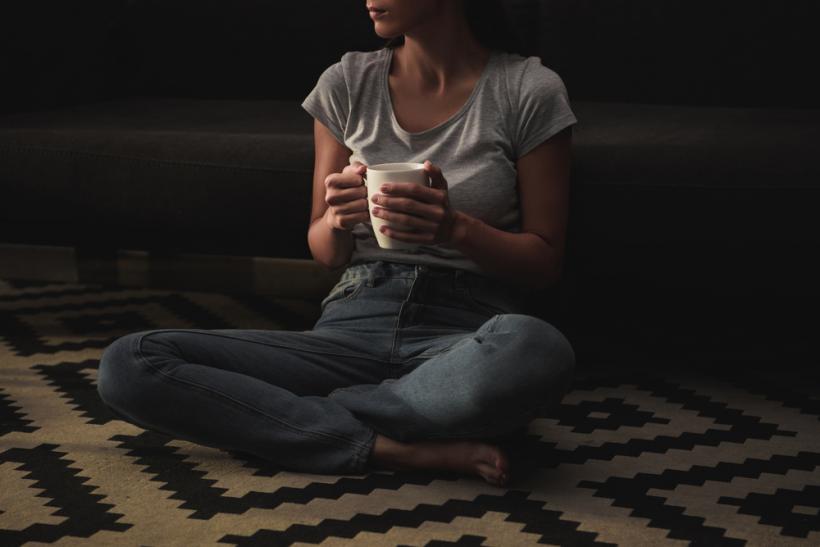 The reality is that mental illness is often messy and disruptive — and sanitizing that reality isn’t helpful.

The gulf between the experience of mental illness and how we talk about it is something I know from personal experience. Several years ago, I was diagnosed with OCD following a particularly abysmal bout of symptoms. Since becoming more involved in the community of people fighting for better access to care, I’ve noticed just how far removed the reality of illness is from public conversation.

The presentation I see most often of mental illness is of a simple problem that can be fixed by an equally simple solution. What we don’t talk about is how symptoms can continue for years and how that creates difficulties, not just for the sufferer but for the people around them.

This doesn’t translate into people with mental illness being somehow at fault. But the reality is that mental illness is often messy and disruptive — and sanitizing that reality isn’t helpful.

One of the rallying cries in the conversation about mental health is "it's okay to talk." If anything, this illustrates how far many people are from grasping the murkier components of mental illness. It assumes that we're all able to navigate our symptoms well enough to describe what they mean. But mental illness can be baffling, particularly for the person to whom it's happening. Depression, psychosis, or just run-of-the-mill confusion are all an enormous impediment to talking. Social isolation, another far too common outcome of untreated mental illness, also means there is no one to speak with – no matter how much you might want to talk.

In the months leading up to my diagnosis, It took a long time to be able to think clearly enough to begin to pull my life back together. If someone had offered to talk, I quite honestly don’t know what I would have said.

People who have always been well vastly overestimate their own ability to be patient with mental illness. There seems to be the presumption that symptoms will be both comprehensible and interesting — when often, they're neither. The nature of mental illness is that it distorts reality, and language is not always a useful vehicle to convey that distortion. This is often true even for people with mental illnesses who are articulate, intelligent, and self-aware. Mutual comprehension goes out the window when one person’s reality has broken down — as I have discovered through profoundly frustrating personal experiences.

In the months leading up to my diagnosis, I felt like a stranger in my own life. It took a long time to be able to think clearly enough to begin to pull my life back together. If someone had offered to talk, I quite honestly don’t know what I would have said.

What people often seem to miss is that understanding your symptoms is a process that can take years. Even asking for help requires some recognition that you need it rather than believe that your perception of the world, however painful, is accurate.

I should add that I believe the mantra "it’s okay to talk" is for the most part well-intentioned. But I also wonder how much experience people offering this advice have of living with someone in the midst of crisis. What do you do when your partner keeps asking you the same question 50 times in a row?  When they’re trying to insist you move flats because the furniture isn’t aligned? When they haven’t left the bed for three days? What do you do when the person you love is calling you at work to say they’ve become suicidal? There’s no kindness in the world great enough to end the hurt caused by a brain in freefall. Nor should there be. Illness requires a doctor, not just a friend.

When I’m feeling grumpy, I think this "hug-it-till-it’s-better" approach typifies the disingenuous relationship our society has with mental illness. Compassion isn’t a replacement for medical care. It also isn’t realistic to ask friends and family to replace a functional medical system. It can be exhausting to have compassion for long periods of time for a person who isn't acting rationally — no matter how much you love them and how much their behavior isn’t their fault. So why on earth does it keep coming up as a solution?

Some of it, certainly, is people trying to do the best they can in a bad situation. But I also believe it’s the consequence of a society which doesn’t understand mental illness and doesn’t always care enough to try.

Mental illnesses are just as devastating as any other form of illness — and just as valid. The idea that platitudes like "it’s okay to talk" or "it’s okay not to be okay" are a mark of progress makes me want to bang my head against the wall. It isn’t "okay not to be okay" not because ill people are blameworthy but because our health care system should have an obligation to do something about it.

What do you do when someone can’t have a conversation, when they’re too paranoid, confused, aggressive, or frightened to agree that "it’s okay to talk"? What we do in situations when the help that someone needs is more than those around them can give?

Part of the solution is treating mental illness with the same gravity we would any other kind of illness. We need to provide evidence-based, continuous care, rather than sticking desperate people on waiting lists - that is, if they’re able to access care at all. There also needs to be financial provisions for people and their families who are struggling. This is only possible when it’s supported by a government system guided by real empathy, not condescension disguised as care — or, even worse, some perverse bureaucratic impulse to punish people for being unwell.

We also need to make more creative use of community care. Since my diagnosis, I’ve been part a support group for people with OCD, which provides an excellent model of a mutually supportive community. It strikes me that the much-maligned "safe space" is not about censorship or narrowing the conversation; instead, it’s about extending generosity to people who are unlike yourself in many ways. The people in my support group come from a litany of different backgrounds, professions, and belief systems. But beyond "be respectful" there are no rules about what can be said. Occasionally, someone is wildly tactless in the way that people in groups invariably are, but nearly everyone present is also determined to be kind.

It’s rare to watch strangers be so prepared to trust in each other’s good intentions. None of this is decency is false — you can’t compel friendships or even mutual-regard. Instead, what’s on offer is a willingness to believe that other people mean well, to listen, and to be patient. Groups like this can also provide support for someone in a way that one person, no matter how kind, can’t. Offering space and resources to people who would like to create something similar would be incredibly beneficial. But that means recognizing that "it’s okay to talk" isn’t enough — and that is something we need to talk about.

If you like this article, please share it! Your clicks keep us alive!
Tags
mental health
crisis
advice
help
OCD
mental illness