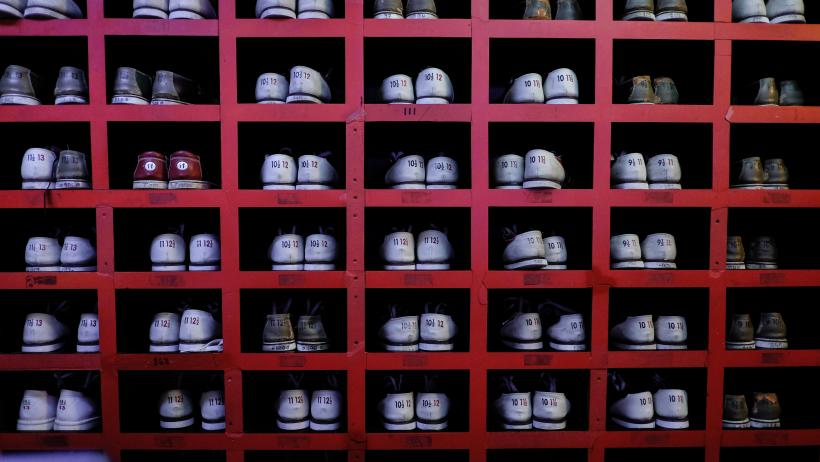 Photo by Alev Takil on Unsplash

In the conversation around mental health, OCD is still the co-worker whose name you can’t quite remember. You know her voice, her face, and maybe even her unexpected taste in thrash metal (it goes with the pearls), but her name remains a mystery.

When I was diagnosed with OCD several years ago, like most people, I assumed it was an anxiety disorder.

It wasn’t until months later that I stumbled on articles debating the merits of defining OCD as an entirely separate category of mental illness. Given that online “research” isn’t exactly known for its outstanding level of accuracy, I was suspicious. Surely, so many authoritative sources wouldn’t refer to OCD as an anxiety disorder if that just wasn’t true? Were these the mental health equivalent of flat earthers?

To find out, I contacted the Yale OCD Research Clinic who confirmed that OCD is no longer considered an anxiety disorder. In fact, it hasn’t been categorized as an anxiety disorder since 2013. This hasn’t prevented major media outlets from referring to OCD as an anxiety disorder. Some doctors and mental health charities also seem to have missed the memo. Even OCD patients like me often don’t get told that it’s moved and why that matters. The change was made six years ago in the fifth edition of the Diagnostical and Statistical Manuel of Mental Disorders (DSM-5), the most authoritative diagnostic guide to mental illnesses in North America.

So why has this major shift been almost completely ignored?

It’s true that the DSM, and some of the changes between different editions, can be a lightning rod for controversy. But, while categories in the DSM may not be permanently fixed, that doesn’t make them meaningless. They reflect our changing understanding of the brain and mental illness, as well as developmental and neurological conditions. Changes are significant, particularly in relation to conditions like OCD which have historically been under-researched.

Another reason for the ongoing confusion is that anxiety plays an integral role in OCD. For many people with the illness, anxiety is intricately bound up with compulsions. But the presence of anxiety doesn’t mean that a mental illness is, in fact, a variety of anxiety disorder. Most mental illnesses, from OCD to schizophrenia, will produce anxiety.

The reason for OCD being moved to its own separate category is that, while anxiety may be strongly present, it isn’t the defining feature of the illness.

OCD is, unsurprisingly, characterized by distressing obsessions and compulsions. The forms compulsions take may be different, but the underlying pattern is the same.

When it comes to different anxiety disorders, what links them together is the sensation of fear and unease. Generalized Anxiety Disorder is commonly in co-morbidity with OCD. However, so are other mental illnesses like depression and neurological disorders like Tourette’s Syndrome. A person’s experience of mental illness may not fit neatly into diagnostic categories, but that doesn’t mean those categories aren’t distinct.

So why worry about the categorization of mental illness at all? There are practical reasons why it’s important to understand how illnesses are different. Without understanding how symptoms express themselves, mental illnesses are far more difficult to treat. Some of this has to do with what drugs will be effective, but it also impacts treatment options. The reality that when someone says they have a mental illness, they’re making a medical not an ideological claim.

Acknowledging these differences is particularly important because OCD requires its own form of treatment. While Cognitive Behavioral Therapy is often prescribed for both forms of illness, therapists must be trained in OCD-specific techniques for it to be effective. Exposure and Response Prevention plays an important role in CBT for OCD, by encouraging patients to confront their fears. When OCD isn’t properly treated, extremely distressing symptoms can persist for decades.

The failure to recognize distinct symptoms, points to just how poorly OCD is understood.

It says something about the public mood that part of the opposition to the change in the DSM-5 came from OCD groups. They were concerned that removing OCD from the anxiety disorder section would add to the stigma. But fighting stigma comes from better understanding, not from disguising one illness as another — and that is still an uphill battle. At the moment, it’s shocking how little is known about OCD.

Part of the problem is that while OCD is one of the more common mental illnesses, it’s still occurs less frequently than anxiety disorders. While this says nothing about the seriousness of either, one of the effects is that OCD lags behind in the conversation about mental illness. This has consequences because as an illness gets ignored, so do patients. The tragedy is that we have an excellent idea of how to reduce OCD symptoms, but only if we understand what the illness is and how to treat it. Like your poor co-worker, it’s not too late to ask her name.

If you like this article, please share it! Your clicks keep us alive!
Tags
OCD
anxiety
mental health
mental illness
wellness