Ask Erin: My Fiancé Ghosted Me 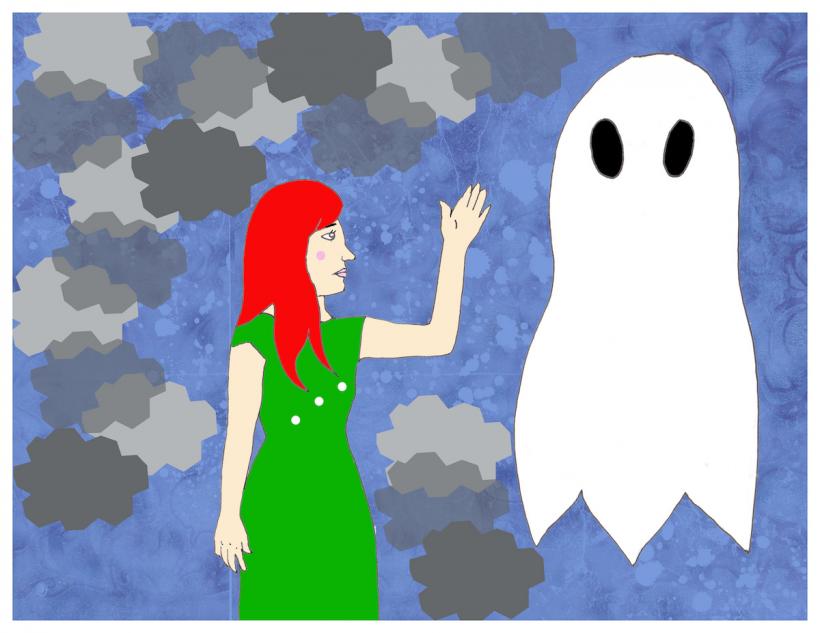 My fiancé ghosted me.

We’ve known each other for 40 years. We just reconnected and became engaged. We talked and texted every day.

He wrecked both of his cars. His mom fell and broke her hip. The last text I got was how much he loves me.

I see he is on Facebook. Our status is still “engaged.” We have several hundred friends in common. It’s been four days.

When a person ghosts someone, it’s generally because they are too cowardly to have an uncomfortable conversation.

And it does sound like he’s avoiding you. Trying to decipher why is futile.

I do have questions. You mentioned he wrecked both of his cars. Was this alcohol related? Reckless driving? The way you phrased it suggests that he’s been displaying some out of control or destructive behavior on his part. You also mentioned that his mother fell and broke her hip. I am assuming you mentioned all this to indicate that he may be under a lot of stress.

Guess what? None of that excuses his behavior.

It takes a whole 30 seconds to send someone a text. If he’s struggling, if he’s stressed, and he is in a place where he needs some space, he could tell you in a text that is simple as: “I’m really struggling with everything on my plate. I need a little space. This has nothing to do with you. I love you, and we’ll talk next week.”

Might you be worried or annoyed? Maybe. But that’s a whole lot better than floating in the great unknown.

I don’t think you need to be in contact with your partner 24/7, but you are meant to marry this man, and he should be able and willing to at least keep you in the loop.

You want a spouse who has enough maturity to communicate with you.

And he can’t be too young since you’ve known each other for 40 years! This avoidance behavior is a huge red flag. Don’t kid yourself. He is a grown man behaving like an adolescent.

You asked what to do. This is what I think. Do not marry him. Not without some explanation and time to rebuild that trust. Let’s say he contacts you on day five and everything goes back to normal. That doesn’t erase the four days of a black hole in the communication department.

Rather than waiting for him to decide when he’s going to resume communication, why don’t you think about what you want.

Do you want a spouse who shows so little respect that he ghosts you for whatever reason for days a time? Would you want your sister or daughter or best friend to marry someone like this?

If he comes back and you want to move forward, I strongly suggest you delay the nuptials and get some premarital counseling. With the help of a therapist, you can clearly communicate with each other what your expectations are for this marriage, what you will and won’t put up with.

Good luck and don’t forget to keep the focus on what you want and need rather than letting him control the situation.

The information within Ask Erin should in no way be interpreted as medical advice because I’m not a medical professional. But I am here to help — to share with you the wisdom I’ve gained after years of making mistakes. If you have a question for me about relationships, addiction, dating, friendships, depression, parenting, sex, consent, what I’m watching, what I’m reading, Ulexite, or anything at all, use the contact form below or email me at  askerin@ravishly.com. As always, your anonymity is golden. Lastly, I’m so excited to share with you my Ask Erin Self-Care Guide, free when you sign up for my weekly newsletter. xoxo

If you like this article, please share it! Your clicks keep us alive!
Tags
Ask Erin
ghosting
ghosted
relationship problems