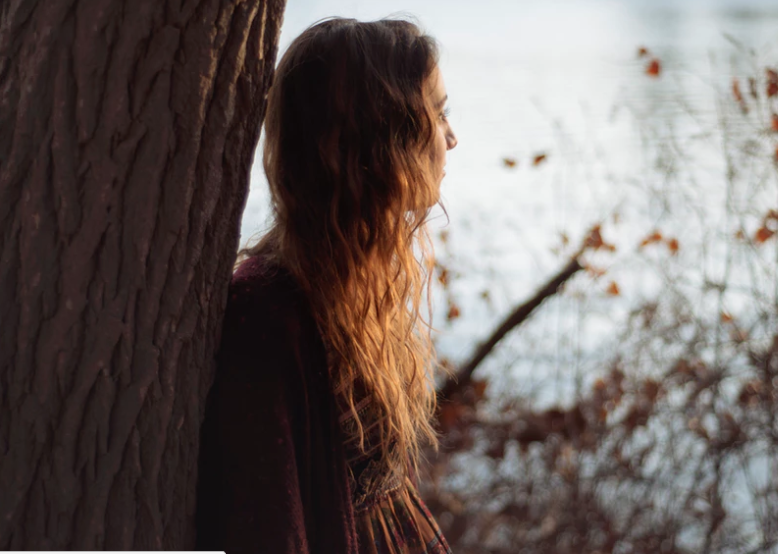 "Being gay isn’t a choice. The only choice I made was to follow my heart and pick love."

I don’t have an epic coming out story. In fact, in many ways I don’t even feel like I “came out.” I’m pretty sure I told both of my sisters I was dating a woman via text message. With most of my friends, I did the casual mention when asked, “What’s new with you?”

For me, it didn’t seem like a huge deal. I was dating someone new and it just so happened to be a woman. Done.

For others, and especially my mother, it felt much bigger.

“Why would you choose such a hard life?” “How can you just change like that after being with so many men?” These were the questions my mother asked me as we sat in the backyard one evening chatting.

The second question shocked me. So many men? I wasn’t quite sure where she’d gotten her facts from. It’s true that I’d had four boyfriends throughout high school, and one significant relationship in college. Most recently, I’d just gotten out of a relationship that had lasted about ten years and had included cohabitation and rumblings of marriage.

The first question was a bit heavier. Up until that moment I’d enjoyed the privileges of being straight and white in America. Nothing terrible or scary had ever really happened to me. I’d always been an open and fervent supporter of LGBTQ rights. My cousin is gay, as well as many of my friends. Plus it’s just basic human rights.

Every once in a while, something will come up that reminds us of how different our paths have been to get to this place. Out in public, I never think twice about holding her hand or giving her a quick peck on the cheek. I’ve always been a very affectionate person and usually oblivious to the stares of others.

But supporting a cause is always much easier and safer than truly living it. Even my “coming out” experience was rather painless. None of my friends disowned me; or if they have, I haven’t noticed yet. The almost unanimous response was, “Congrats! You seem so happy. Can’t wait to meet her.”

To me, it didn’t feel like choosing a difficult path. All that mattered to me was that I had met someone, we were in love, and we were happy.

My girlfriend’s history was very different. The stories she told me of being bullied broke my heart. She’s seen violence, harassment, and a lifetime of judgment simply for being herself. There was struggle, there was sadness, there was a fight for basic protections and the right to marry whomever she chose. And here I was, waltzing in on the coattails of all that hard-fought equality.

Our "how we met" story is a classic one. We met at work. On my second day, I accidentally sat in her chair at the weekly staff meeting and we instantly became friends. We talked about everything under the sun. Both of us were at a crossroads in our personal lives, wondering what to do next.

For a long while the friendship mostly existed at work, and at the end of the day we’d go home to our separate lives. Eventually we began hanging out outside of work, occasionally, here and there at first. During a particularly rough time I offered to go to church with her, and from then on, we were hanging out several times a week.

It was on one of those rides to church that I felt something might be different, that there was something more than friendship. I could tell something was off with her too, but there was an unspoken agreement between us that we weren’t going to talk about it.

On the way home that night we stopped at a park near my house to talk. As we talked, the feeling that there was something more there became more and more obvious to both of us. At one point she looked up at me and without thinking or hesitation I kissed her. At that moment I knew she’d be the last person I kissed for the rest of my life.

Every once in a while, something will come up that reminds us of how different our paths have been to get to this place. Out in public, I never think twice about holding her hand or giving her a quick peck on the cheek. I’ve always been a very affectionate person and usually oblivious to the stares of others. She has admitted that she’s never really been openly affectionate with someone in public, for fear of what may happen. She worries for our safety out in a world that feels a little less friendly every day.

Such is a natural consequence when you’ve witnessed violence against friends simply because they “looked gay.”

After three months together, we decided to get married. We knew from the start it’s what we both wanted. After the election, the tone of the country changed and everything became a lot less certain.

“What’s the rush?” we had several people ask. I don’t blame them. It all happened very fast. If it had been a friend or one of my sisters, I probably would have asked the same thing. All I can say is that we knew what we wanted and it was the right thing to do. Based on my past experience, I can definitively say that the length of the relationship does not guarantee a happily ever after.

We also felt a sense of urgency with the incoming administration. There were rumblings of some anti-LGBTQ legislation in the works and everyone knew the incoming vice president was no friend to the gay community.

A lot of people tried to reassure us that nothing would happen. He wouldn’t do anything. It’s an easy reassurance to make when it doesn’t directly affect you. Something that I’d always taken for granted — the right to marry the person I love — suddenly felt like it might not be so certain.

We opted to get married on January 20th of this year, Inauguration Day, surrounded by just our immediate families. We chose that date for a few reasons. First of all, it was a day that both of our families were available. Second, we wanted to make sure that something wonderful happened on that day that felt so dark to so many others. When we posted the good news on our Facebook pages, so many commented to thank us for celebrating love and sharing good news on an otherwise sad day for so many.

For the most part, our lives are no different than any other couple. We go to the grocery store, cook together, spend time with the people we love and make plans for the future.

Then there are moments where the reality that we’re living in rears its ugly head. As I am writing this article, the news has just come out that the administration has made two significant moves against the gay community.

On Monday, it was announced that the 2020 census would not include questions regarding sexual orientation or gender-identity as it did in earlier drafts. To some this may not seem like a huge deal. The census has never included these questions before. Why should it matter now? But it does matter now. It’s easy to present the LGBTQ community as an insignificant minority when you have no idea how many of us there actually are. LGBTQ people exist and deserve to be counted.

The second move by the president sought to undo some of the work done by Obama, specifically as it relates to protections for federal LGBTQ employees. In a nutshell, this new order would no longer make it mandatory for federal contractors to prove they’ve complied with workplace anti-discrimination laws.

And what does one’s sexual orientation have to do with one’s ability to do one’s job? Not caring opens the door for more wide-sweeping discrimination.

I’ve been lucky in that the short time we’ve been together, I haven’t experienced any open hostility toward me or my wife. But I realize I am new here in this territory. I am grateful for all the work done by those who came before me that made it possible for me to be who I am and love who I love. Did I choose the harder path as my mother suggested? Maybe. But for me it seems significantly easier to navigate life’s challenges and whatever struggles lie ahead with a partner by my side who loves me wholeheartedly and is there for me in every way.

Being gay isn’t a choice. The only choice I made was to follow my heart and pick love.

If you like this article, please share it! Your clicks keep us alive!
Tags
LGBTQ
coming out
lesbian
Love
gay
President Trump
legislation
discrimination