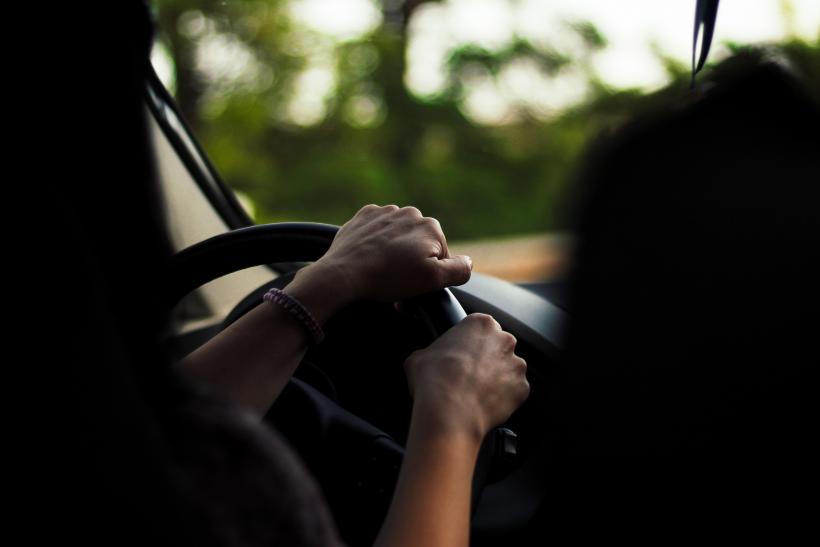 Photo by SOCMIA Fotografía on Unsplash

I did the math. If I had to transport my son to and from soccer myself,  I would have to sacrifice about 12.5 hours each week. (This conservative estimate includes the driving + waiting for the drills and the coach’s post-practice diatribe to wind down.) But, if I could wrangle four more moms, I could decrease my participation by 80% — which would reduce my commitment by 600 minutes every five days. (I am greedy with my time and I don’t sacrifice it easily.)

The part of the equation I left out is this: you gain lots of me-time and gas moolah when you bloat your van-bus with extra bodies—however, you also bloat your van-bus with extra bodies. And, sometimes 100% of these bodies are boy bodies (without even a teensy girl to temper the hormonal overload). You may be the driver, but you are definitely not the chauffeur—or you would be equipped with one of those handy plexiglass partitions that would semi-protect you from the bird-brained cargo in the back seats.

So, is it really worth it?

Not any easy question. When you sign up to shuttle a collection of teen males, it is difficult to anticipate the consequences of the covenant you have blindly, but willingly, entered.

There is the smell. It is not just BO.

There is the cacophony.

The problem is not the chatter about Snapchat streaks and how stupid The Scarlet Letter is. That stream of nothingness is simple to block out. Brace yourself, instead, for when they are listening to Eminem and Logic—with noise-canceling headphones. You won’t mind so much about nasty, nasty Urban-Dictionary lyrics. It’s more insulting that none of them care that they are individually belting out competing, half-remembered songs in warbling falsettos. This howling will unhinge you—and you will wish you had a metal chopstick to jab in either ear and scramble your brains.

There are the tickle wars.

Don’t imagine for one second that these are the sweet, joyous finger twinkles of the elementary school years. The battle starts with #5 calling #3 a “dumbass” or “dipshit.” Name-calling quickly degenerates into shoulder to shoulder combat, which in turn activates the “tickles”—rigor mortis fingers digging into rib cages and jagged, dirty fingernails making scratches that will ooze in 40 seconds. Worse is the whole car erratically jumping to the left and right, the result of one dipshit tickle-shoving another dumbass against the door. The steering wheel can hardly compete. You are trying to control a Yugo in a windstorm. You now hate everything and everyone.

There are the references to penises and their accoutrements.

Their stage-whispered metaphors (“Boy, my pinecone is huge”; “I got a pocket rocket and you can’t stop it”...) are so inane they will probably entertain you the first 378 miles. The 379th? You will want to yell, “CAN’T YOU IDIOTS, FOR THE LOVE OF GOD, JUST TEXT EACH OTHER ABOUT YOUR DICKS?” But, because of that priggish mom who will blackball you for your (understandable) outburst, you stuff your mouth with Ludens. You do the math and realize your driving time will be upped 400% if you exercise your 1st Amendment rights—and you shut your trap.

Of course, the above is a lopsided argument: I offer four persuasively meaty paragraphs against schlepping a gaggle of pinheads and only one in favor. My position might seem clear cut, but a single liberating and empowering and glorious occasion can revise any rigid viewpoint.

Albert (a mainstay in my van-bus since kindergarten) must’ve been feeling especially frisky after dominating a tickle fight, so he starts beating his concave chest and screeching. He gets idiotically bold, sticks his mouth six inches from my ear and scream-barks like a lunatic. I hit the brakes. I jab-point at him and rant and threaten. I drive again. In a block, we pull up to his curb.

And that idiot screeches into my ear again.

So, I speed up, passing neighbor after neighbor. And laugh. “Umm, hey Mrs. Cross, you missed my house…” Albert reminds. I keep my foot planted on the gas pedal, accelerating. I feel alive.

About 1.5 miles from his address, I kick that bad-choice-maker out of my Honda. My main regret? That it was still light out and that we weren't in a rougher neighborhood.

No thinking adult would ever choose to haul a bunch of clowns from activity to activity. It’s nowhere close to heaven, even if you take into account recouping precious time and bullying a cadre of boneheads (especially the ones who never suspected how vindictive you could be). But it’s not quite hell either. I’d call it more of a non-committal purgatory, a kind of nebulous nowhere where you float around—wishing you had sinned a little less and über-ed a little more.

If you like this article, please share it! Your clicks keep us alive!
Tags
carpool
mom life
mom of boys
Boys
teens
motherhood