There Are 10,000 Acceptable Reasons To Throw A Mom Tantrum; Here Are 5 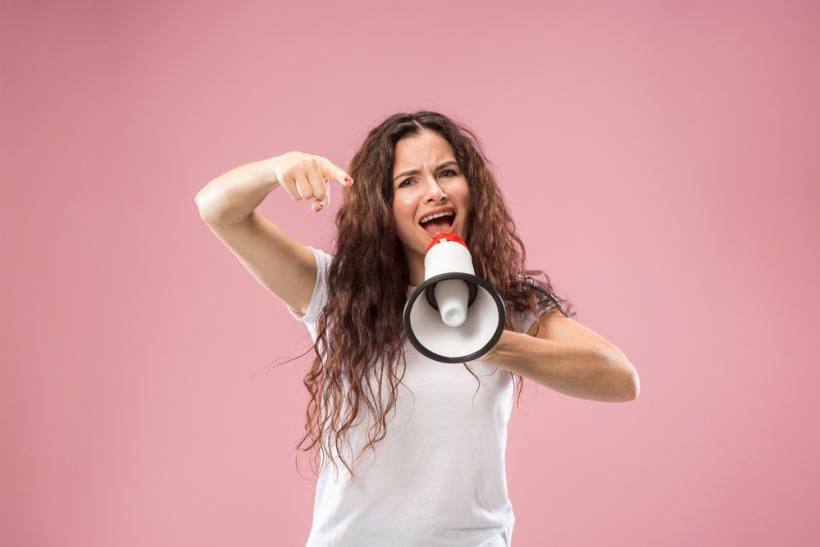 Do you have any idea how many years, years, years and more years I dealt with your inane tantrums?  A cloud was not puffy enough. A peach was too fuzzy. Your bobblehead had two blinking eyes, and you only wanted a single one to blink (which, incidentally, is called a “wink” in the English language). A leaf floated to the ground. The dog stared at you too long. You wanted to leave the park—and you wanted to stay at the park.

My brain atrophied a tiny bit when you went limp in the grocery or when you sprinted toward the street, screeching the overworked cliché, “You’ll be sorry when I’m dead!” I weathered those interminable hours, though, and still I continued to hug you and feed you and take you out in public. I took my mom-job seriously, and I frazzled through each day, not knowing when the next meltdown would pounce.

So, the next time I have to wipe down the toilet seat, the base of the toilet, the garbage can that’s a formidable 9 inches from the toilet, and boil and bleach my body after? I’m gonna Sharpie bad words like “boobs” and a rudimentary picture of a penis (scrotum and all) behind my magnet board. I’m gonna windmill my arms at my bed, the bookcase, the closet. Then, I’m gonna try to put the cat in a headlock.

And, the next time you finish a box of generic Cocoa Puffs + a family-sized bag of Cheetos + a salisbury steak frozen meal and then announce you’re too full to eat dinner? I’m gonna rant “ihateyouihateyouihateyou” and smash my Millennium Falcon against the wall. And then stomp it. And then I’m gonna scream-cry because I smashed my Millennium Falcon against the wall. And stomped it.

And, the next time I have to ask you to move the recycling bin a daunting 20 feet to the end of the driveway, a 7.3 second commitment, and you refuse because you're “too busy”?  I’m gonna get serious about the cutlery and jab everything in sight with my fork — the plants, a UPS package, another fork, my own knee (with a little less fervor). I’m gonna grab a dishcloth, wrestle it, and then I’m gonna try to stuff the crumpled mess down the garbage disposal.

And, the next time I have to fight you to put on deodorant, trim your talons, or scour those cud-encrusted teeth? I'm gonna bang on the window screen and yell “HEEEELP MEEEEE!” for 15 minutes non-stop, then ferociously unscrew all the knobs off my dresser. I’m gonna kick my pants off on the way to the bathroom, dig chunks out of the toilet paper, and rub Zest all over the mirror.

And, finally, the next time I have to pick a pair of unpleasantly stiff Hanes off the floor? I'm gonna pile all my stuffed animals against the bedroom door and I’m gonna fling all my clothes out of the drawers and try to rip my “Ketchup: it’s a fruit” t-shirt. When I can’t, I’m gonna tear the cover off “Chicka Chicka Boom Boom”—and then get raging mad about it later. And throw another tantrum.

Your meltdowns never made any damn sense. They were the product of your immature squirrel brain. My mama freakouts, on the other hand, make hella sense. They are the rational response of a mom with a fully developed thinking-organ, an infinitely more advanced version of that Brussel sprout that jiggles around in your empty skull.

Thank the Lord you’ve outgrown those tornados of destruction. I can forgive, of course, but I can’t forget. Too bad for you: payback’s a bitch. Now stand back, boy, cuz shit’s gonna get real.

If you like this article, please share it! Your clicks keep us alive!
Tags
parenting
Kids
tantrum
toddlers
motherhood
mother
Parent