Doc McStuffins Now Features A Two-Mom, Biracial Family, Proving That Disney Is More Woke Than Most Of America 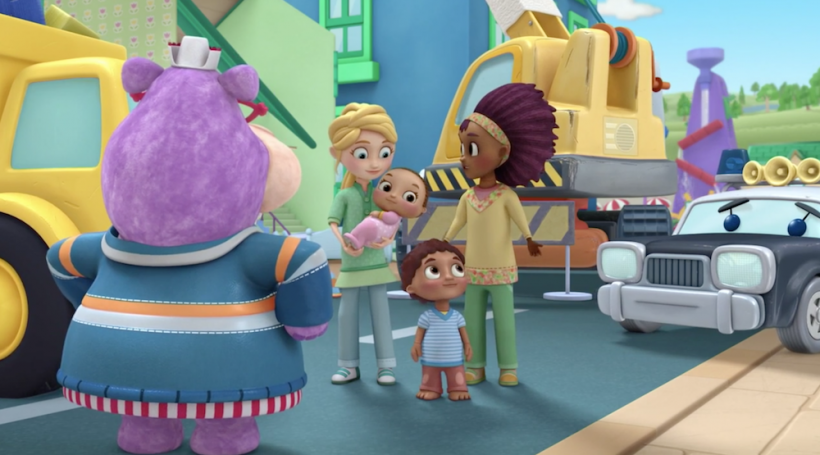 Today in, Just When You Thought All Was Lost: The Disney Channel and Doc McStuffins bring some real life to TV.

Yeah, that's right. In a move that will probably get them black-balled by the alt-right, Disney features a family that is not only two moms but ALSO biracial.

In the episode, called "TOY HOSPITAL: THE EMERGENCY PLAN / WHAT A QUACK," the doll family's house is destroyed by a rogue dragon. 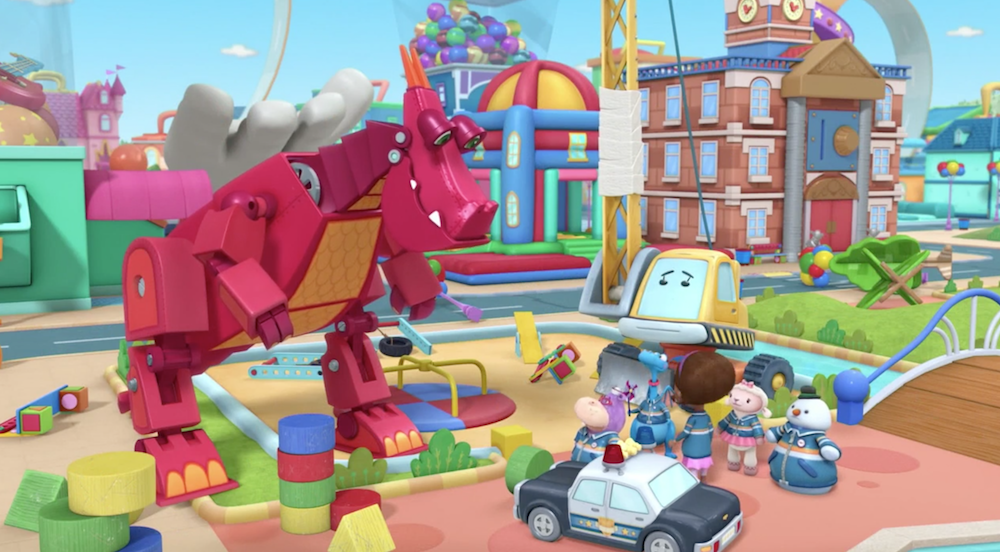 A dragon with a "jammed jumper" is decidedly NOT real life, but the moms in this episode absolutely are. And just what we've been waiting for.

Dragon Bot destroys the doll house like the 1994 Northridge quake, leaving the moms (and their two way-too-cute babies) in a bit of a lurch (read: without an actual place to live). One thing the moms are missing is emergency preparedness. I guess they just weren't planning on having their house leveled by a plastic toy.

Doc to the rescue! A perfect opportunity to not only talk about gay parents, but also to remind kids that they should have not only an emergency plan, but a kit.

Here's Doc saying, "Look, it's totally cool that you're gay but we really need to talk about how you are TOTALLY UNPREPARED FOR AN EMERGENCY." (That's not what she said, but it sort of looks like it.) 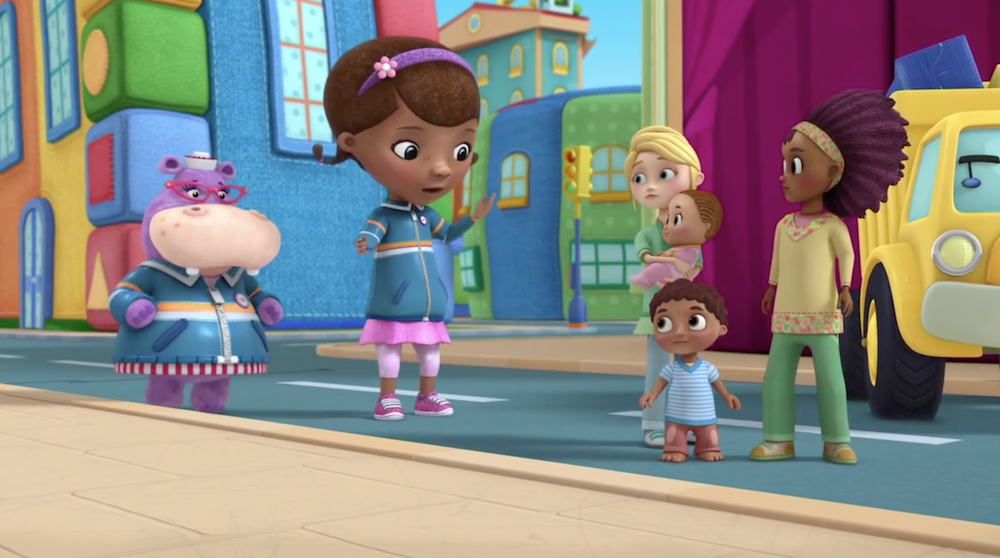 Also a perfect opportunity for your child to point out how parentally inept you are, after they finish this episode and come to you with some really serious questions, like "MOMMA WHERE IS OUR EMERGENCY MEETING PLACE?" And you're like, wow, why did I think I would be a parent? "Um. The tree!"

I keep talking about how kids get shit adults just can't understand. First it was the kid coming out to his baby brother on YouTube, then it was the transgender man having a baby, and then it was the two boys falling in love, and now, yet another perfect example of how kids will basically just go with whatever.

Kids just aren't born with this pre-conceived bullshit about people and families and sex and gender.

If you like this article, please share it! Your clicks keep us alive!
Tags
Doc McStuffins
episode
gay moms
family
lesbians