Tequila Changed My Sex Life; How It Did Will Surprise You 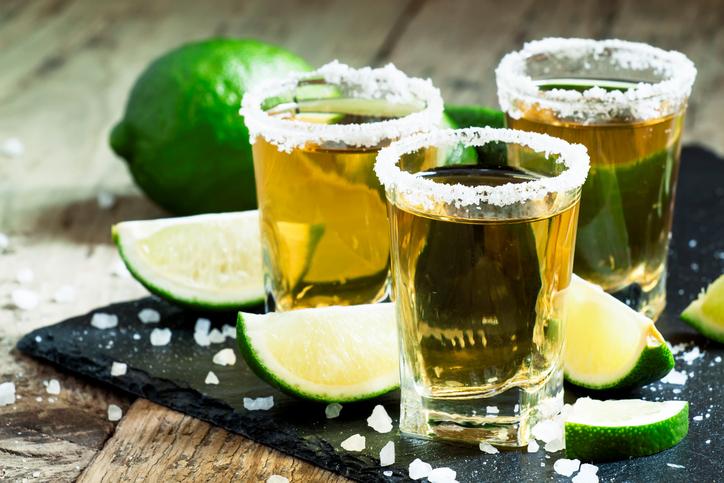 To my children (and other sex-sensitive individuals): Stop reading this now.

Is your mother a screamer or a moaner?

File under: Things You Do Not Need (Or Want) To Know About Your Mother

As it turns out, my mom falls into the former category. In fact, my mom was so much of a screamer that, as a child, I was convinced every new partner she took into her room was beating her.

File under: Maybe You Could Have Been A Bit More Quiet?

I do know a lot about sex. When it comes to the biology, anatomy, physiology of sex, I know everything.

I’ve had a lot of sex. I started having it when I was 14, which felt very mature at that time, but now feels like lost childhood. About a year before I started thinking that sex was a good idea, I was sexually abused, so maybe it was the abuse that did it. I was married for 15 years and had sex daily or every couple of days during those years; I figure I’ve done it somewhere around 10,000 times. The only other things I’ve done that much are eat and go to the bathroom.

And yet, I only found my g-spot maybe a couple of years ago, and that was only because a reader and her husband talked me through it. No shit. I’ve endured painful sex, awkward sex, sex I didn’t even like, because I didn’t want to say “no” or “I don’t like that” or “stop,” and look weird. I had sex with people I didn’t want to, in places I didn’t want to, for reasons I didn’t like. I’ve been promiscuous. I’ve been stupid and ashamed. I’ve only very rarely said anything like, “yes, that” or “no, not that” or “over there” or “can you ______?”

And then came tequila.

I told you my mom is an alcoholic, so I know you’re probably thinking “that sounds really stupid.” And when I write it, it does.

But tequila changed my sex life.

Here’s how it happened:

My husband and I went away, alone. People who have lots of kids and full-time jobs and houses and hens and an unreasonable number of responsibilities, don’t often get time alone. When they do get time alone, it’s late and dark and they are both tired. Even if they are feeling frisky, “frisky” might mean, “if we both get an orgasm, success.”

This sex is good and great and the kind most folks have most of the time. This sex is intimate and loving and even life-changing. And for me, this was sex. My husband and I have great sex, and a lot of it. We are a Scorpio-Leo match. If you know anything at all about astrology, you know that means amazing sex (and OMG FIGHTING). So sex. No problem.

What if, while trying to do something new or better, I hurt him or did it wrong?

What if I fart or even worse, VAGINA FART?

What if I asked him to do something and then didn’t like it?

Why couldn’t I even ASK?

Because I didn’t know how, and even if I had known how, I didn’t think I deserved it. Is sexual pleasure, the kind that goes beyond P/V sex, a right? I guess I didn’t think so? No one ever told me that.

Then suddenly we were alone. For the first time, possibly in our entire marriage, we were really alone. No kids. No work. No dogs or hens or TV. There were no phones (we were so far from a cell tower that we didn’t even have a choice).

For me, alcohol equals stress and anxiety, a visceral reminder of trauma. Charcoal smells like the memory of food being left to burn on the BBQ. Beer smells like men I don’t know. Tequila smells like being told I am worthless, being hit, being alone and afraid of what would come next.

But in the tent in the mountains, near the ocean, away from lights and noise and the feeling that I don’t deserve the attention that really focused sex requires, everything changed. I asked for what I wanted. I asked him what he wanted. We spent time giving those things to each other.

The next day it happened again. And again.

When we talked about it, we agreed that the difference, aside from being alone, was that tequila had lowered our defenses. It had brought down the wall just far enough to get to the other side.

This felt dysfunctional. Who needs alcohol to have better sex? That’s ridiculous.

But we kept what we had learned in the forest after three shots. I learned to trust, simply because I was tipsy enough to allow it to happen. He learned that I have needs and wants outside of what we can manage to bang out on a Monday night.

I’m still terrified of the alcoholism that lies dormant in my genetic makeup. But I'm grateful for the weekend that tequila changed my sex life.

If you like this article, please share it! Your clicks keep us alive!
Tags
alcohol
Sex
tequila
trauma
alcoholism
sexual pleasure
needs
marriage