Dracula Is Really Just Every Rapist And Abuser You Know 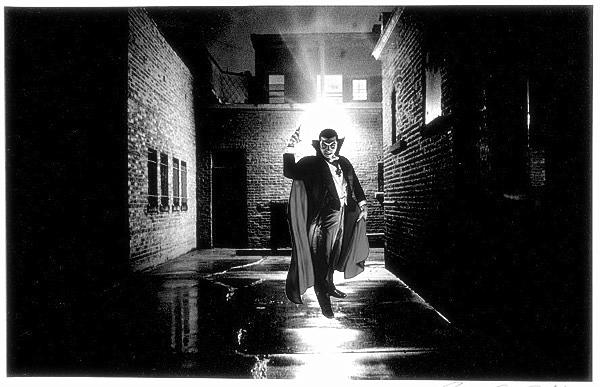 Innocent women are the prey for Dracula — showing that no woman is safe, much like now. (image via Wikicommons)

What's more emblematic of the horrors of patriarchy than Dracula films and literature?

The genre is ultra specific, as I'm referring only to Dracula, not vampires as a whole, are for men, and about men. It's a boys' club in the same way that women and queer people are often written out of many narratives (like the hero's story, the romantic comedy, so on and so forth). Instead of a romantic comedy or novel where a man does the saving, here a man does the destroying.

This is not to say women or queer people can't enjoy the films or books, or see the greater commentary. The horror genre, particularly in film, has a habit of always making women the victims without little agency of their own. Let's take Dracula. As a vampire, he is seen as seductive and powerful, a man in control. In this way, the Dracula genre almost automatically becomes sexist, as seeing sexuality and the thirst (both literal and metaphorical) for power and desire exists purely in the male gaze, totally eliminating the female gaze.

Very rarely do the films, for example, exist in a gaze where women are not the object. The array of Dracula films tend to center around men victimizing others, and those others are often women who are seen as "weaker" and more vulnerable. This is especially true for Dracula, who seduces his victims, much like sexual coercion and assault. Like a domestic abuser, he kills these women, both in spirit and in life.

Women don’t fare well in Dracula movies, as they are either shamed for being sexual — or not sexual.

They are seen as inferior to the men who both abuse them and save them, never becoming a hero - or a survivor, themselves. Take the 1974 horror film Blood for Dracula, for instance, which is both a departure and also endemic example of how women are treated in the Dracula universe.

Like Stoker’s novel, the women in Blood for Dracula are portrayed as "overly sexual," impulsively making choices for sex. Dracula’s search for a virgin, because only virgin blood can sustain him (especially as he is "dying"), automatically sets up the "feminine ideal": to find a chaste, innocent woman, not a woman tarnished by sex. The entire plot revolves around Dracula’s search of a virgin, for pure survival — which is an interesting departure in general, considering Dracula is always somewhat sexual. In this film, however, Dracula is absent of sexual desire, but also seems to have contradictory views on women.

For instance, in the beginning of the film, Dracula has a sister who is also in need of saving, but she sacrifices herself for Dracula, without any fight, because he is more "important." But, why? Later in the film, Dracula tells the three Italian sisters at the estate he finds in order to hunt down a virgin that he believes women should do what they want, that virginity is essentially a construct. Of course, he probably says this more as a way to get them to divulge their sexual history, than having a deeply feminist conversation. Considering the film was made during the sexual revolution, it is interesting he says it at all, and raises the question: Is this a departure for Dracula? Is he, and the greater society, attempting to see women for women and not just objects?

That's the hope, but probably wishful thinking, considering the fact that Dracula can only survive on virgin blood ultimately is the fundamental theme: Sexual women, women with their own agendas and agencies, are not worthy. Dracula even says, "The blood of these whores is killing me,” while the young manservant to the di Fiore family Dracula is staying with (and trying to drink their virgin daughter), is the most misogynist of all. What’s the most unsettling is the fact that it’s hard to see if the film is actually aware of its misogyny, and commenting on it, or is so immersed in sexism it doesn’t even register it. Considering there are few queer characters in Dracula films, queer otherness isn't even a register.

In many ways, Mario is like Dracula, just without wealth or title. Dracula is finely dressed — and obsesses over his appearance, while Mario is obsessed with Marxism and male thought. He doesn’t, for instance, seem to think women are capable of more than being sexual objects. Even when he talks about Marxism, he does so in a patronizing way — which, of course, could be partly because of the classist dichotomy he’s been forced into with the di Fiore family. While he engages in a sexual relationship with the sisters, he also resents them for their privilege.

So, what exactly is the link between death and sex with the male vampire and his female victims?

Death acts as consummation, as the ultimate surrender and intimacy. If turned, the female victim also transforms and experiences new senses and even a personality change, one that aligns itself more intimately with the male vampire. There’s also no coincidence that, according to the Oxford English Dictionary, to "die" in Early Modern English meant to climax. To be a vampire and takes victims is the ultimate power trap — and the ultimate domination.

Mix this into a repressed society, a society we're still in even now considering accessing affordable birth control and abortion is still under attack. Female and queer sexuality, like vampires, is still demonized. In this way, Dracula is both the repressor and the liberator. He represses his own victims, without their consent typically, even while he potentially liberates them into a new life (without their consent, so he’s still an oppressor), making false promises. But for men, Dracula represents toxic masculinity, liberating only those who society sees as the norm, even if Dracula himself is an Other, his actions still fit into a patriarchal world view.

What Blood for Dracula does comment on well is classism — and the divide between the "cultural elite" and the lower class. Mario represents this need for change, as he "saves" the day and kills Dracula, while Dracula seems rather useless and self-pitying, only trying to help himself as the wealthy aristocrat endangering and taking advantage of others. (Mario, of course, does this sexually, as well, but also ultimately kills the most powerful oppressor.)

Even in newer vampire-centric shows, like the TV show Penny Dreadful, Vanessa's rival and love interest, Dracula, tries to seduce her because she is brilliant, independent, and "different," she is still at his mercy. While she does initially let Dracula bite her and presumably turn her into a vampire as well, Vanessa has been at the whim of others most of her life, whether it was her family, being institutionalized, or the men around her.

While we can partially read Blood for Dracula as a turning point for the genre, in that it’s killing and criticizing classism, we still haven’t seen the same for women (and completely oppresses women in the film). Undeniably, there is an otherness to Dracula that can be seen as not part of "normal" society  - and thus as marginalized to some degree (infants born with disabilities were believed to be more susceptible to being vampires, for instance), but the abuse narrative is still there. Of course, Dracula still passes, in that he looks like a man, and almost always portrayed as white - so his otherness is also easily masked.

This abuse narrative illustrates the cycle of abuse that perpetuates itself, but also how it’s systemically at the hands of men. Very rarely are women the culprit — at least, until after they are turned without consent and have no choice.

Where does that leave female sexuality then?

To be hyper sexual is often seen as a weakness, where women are discarded and seen as "used up," and thus, female vampires are typically seen as evil tempters. And yet, innocent women are the prey for Dracula — showing that no woman is safe, much like now.

Sexual women, especially when revealing their own experiences with sexual assault, are often blamed for their assaults (or how they handled the assaults, as seen by many reactions to the #MeToo campaign), whereas, women who "avoid" assault and without appearing overly sexual are still seen as worthier — as if their own sexuality gives them more value. This logic, of course, is flawed, because sex and gender shouldn't, and don't, have anything to do with value. And yet, here we are with our calculators, trying to do long division and come up with nonsensical values.

The most tragic part about this horror show? Misogyny, the lack of the female gaze, and the sexual double standard glosses over the fact that women are the true damned. Because they are othered and damned no matter what they do or look like, and cannot bear the same privileges cisgender white men can, even the imagined and metaphorical Draculas of the world.

If you like this article, please share it! Your clicks keep us alive!
Tags
Dracula
abuse
Sexual Assault
Rape
#metoo
Luna Luna